A suspected DUI driver was arrested after a bizarre slow-speed pursuit in South Los Angeles.

The pursuit began at 3:30 p.m. after a call of a possible DUI suspect.

Police had plenty of time to deploy spike strips. But the SUV was lurching through traffic anyway in triple-digit heat until. 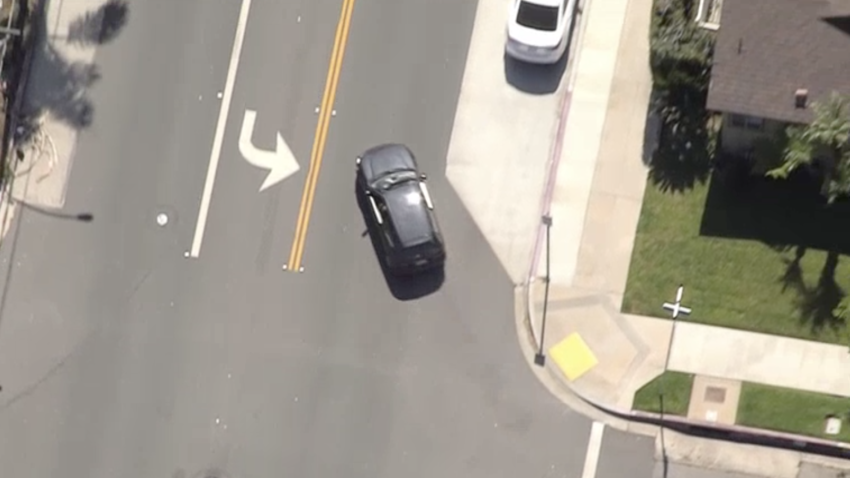 It stopped in the middle of the street and the driver surrendered.