The suspect led police onto surface streets in Van Nuys, crashing into another car at an intersection before abandoning his vehicle and running from police.

Officers chased the suspect down and took him into custody at the intersection of Hayvenhurst Avenue and Archwood Street. 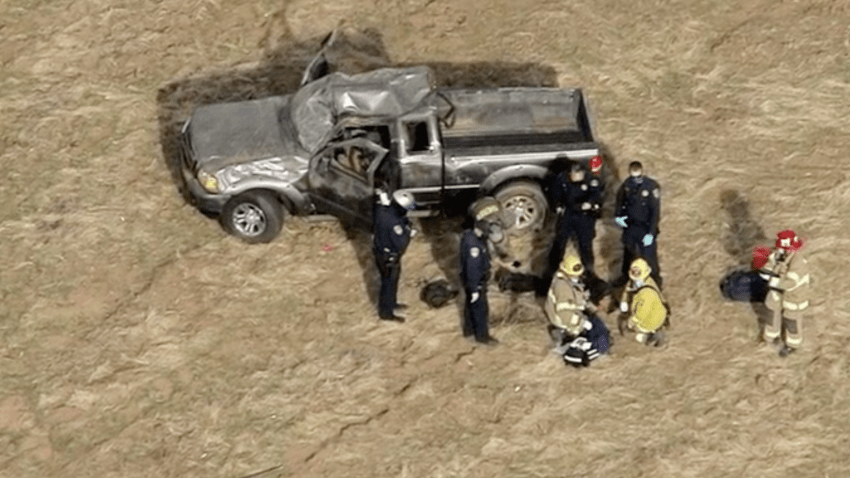