A pursuit that started in the South Los Angeles area covered several Southern California freeways before ending in a shower of sparks in Ontario.

A bizarre six-hour police pursuit of a man who was believed to be armed with a gun Tuesday night moved erratically through South Los Angeles and at slow speeds on several Southern California freeways before finally concluding about 40 miles east of Los Angeles.

The pursuit started around 7 p.m. in response to a report of a man with a gun, according to the LAPD. During a traffic stop, the driver refused to get out of the car and eventually sped away, police said.

After the chase ended six hours later and about 40 miles away in Ontario, police said no weapon was found. It was not immediately clear whether he ever had a weapon or possibly threw one out the window during the chase.

The driver was arrested on suspicion of felony evading. He also had two outstanding warrants for burglary, police said.

Los Angeles Police Department Sgt. Juan Garcia, who had just started his shift, was among the officers involved in the chase. He said the possibility that the man was armed is one of the reasons officers did not try a PIT maneuver to spin the car and end the marathon chase.

“Our policy generally prohibits us from conducting a PIT maneuver on somebody we believe is armed because it puts us at a disadvantage when we flip that car around,” Garcia said. “Now he’s face-to-face with us, and it is pretty unsafe.”

In his 20 years with the department, Garcia said that he has never heard of pursuit going on for so long and added that many officers had to pull off the pursuit to gas up their vehicles using their own money. The driver of the Chevy Malibu apparently had a full tank of gas, he said.

“That’s a first of my career for such a lengthy pursuit,” Garcia said.

The chase ended in Ontario, about 40 miles east of Los Angeles, after the car shed a tire and wheel.

Here's how the historic pursuit went down.

Newschopper4 was over the chase around 7:10 p.m., as the car was in a residential neighborhood traveling at high speeds. The silver car was even on the wrong side of the street several times.

The driver was speeding on La Cienega Boulevard northbound before getting on Slauson Avenue. Multiple times, the driver again went on the wrong side of the street to avoid traffic and blew through red lights.

The driver entered the 110 Freeway southbound, merged onto the freeway at a slow speed and swerved across lanes. The driver appearing to be on a cell phone while driving.

While the driver was occasionally below the posted speed limit, the car also hit more than 90 mph.

The pursuit speeds dropped dramatically, with the car consistently moving at 30-40 mph and even dropping down into single-digit speeds multiple times.

After crawling down the freeway for an extended period of time, the chase finally arrived in downtown Los Angeles around 9:05 p.m., nearly two hours after the chase began.

Continuing to move at slow speeds, the pursuit passed the three-hour mark on the 10 Freeway with the car's front tires badly damaged.

Staying on the 10 Freeway, the chase continued and arrived in Baldwin Park shortly after 11 p.m., hitting the four-hour mark with the front left tire completely riding on metal rims.

Approaching six hours, the silver Chevy continued to play the stop and start game with police as it moved past the Kellogg Interchange.

Sparks flew as the car had seemingly had enough of driving on rims. The chase was finally over, and the driver opened the door and exited.

However, the driver did not immediately comply, as he kept lowering his hands to his sides after raising them. The standoff continued, but Newschopper4 had to leave to refuel, as the driver was in a literal standoff with police on the 10 Freeway in Ontario at 1:25 a.m. 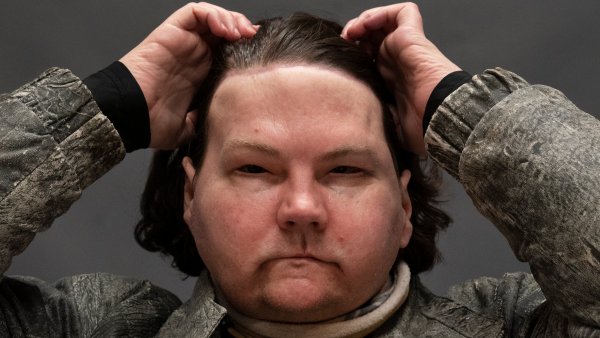 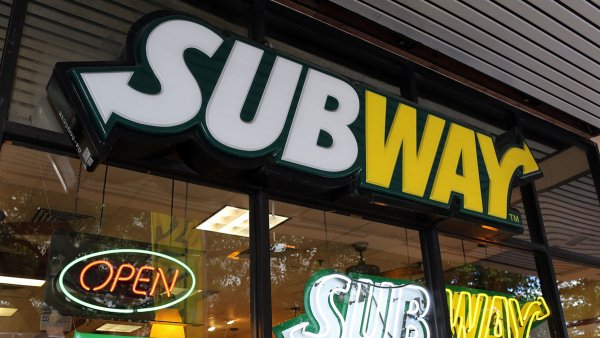 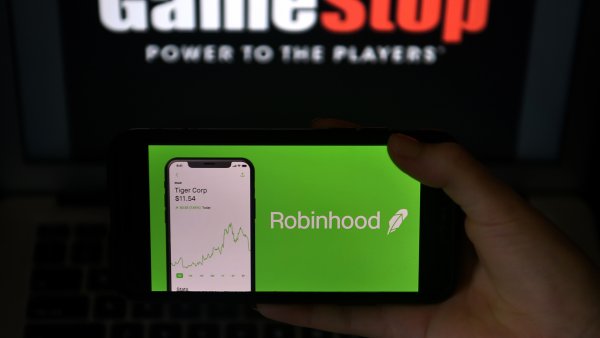 NBCLA's Michelle Valles and Jonathan Lloyd contributed to this report.