Authorities pursued a pickup driver who stopped several times on streets in the South Los Angeles area Friday morning before continuing to speed through neighborhoods.

The driver, wanted for reckless driving and DUI, raced through intersections and reached speeds around 40 mph, swerving through a fuel station and driving the wrong way on streets. The driver repeatedly pulled to the side of the street and came to a stop before taking off again.

The pursuit ended when the driver pulled into a parking lot and surrendered in Lynwood. He was arrested and booked on suspicion of DUI, reckless driving ane evading police. 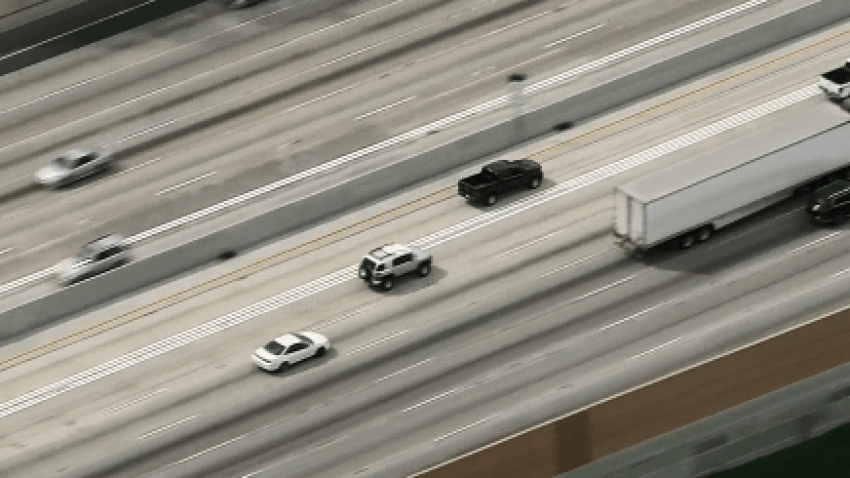 NBC4 is attempting to confirm reports that one person was struck during the pursuit.