The Oceanside PD told KNSD that a passenger allegedly assaulted a ride-share driver before stealing the vehicle.

A ride-share customer allegedly assaulted the driver and stole a ride-share vehicle in the San Diego area to ultimately go on a high speed pursuit that concluded on the shoulder of the 10 Freeway in the city of Beaumont in the Inland Empire on Sunday.

The Oceanside PD told KNSD, KNBC's sister station in San Diego, that a passenger allegedly assaulted a ride-share driver before stealing the vehicle. The LA County Sheriff's Office confirmed that the vehicle was stolen in Oceanside and that the airship tracked the vehicle via Lo-Jack.

The California Highway Patrol took over the pursuit as the car traveled at high speeds on the 10 Freeway eastbound through the Inland Empire. 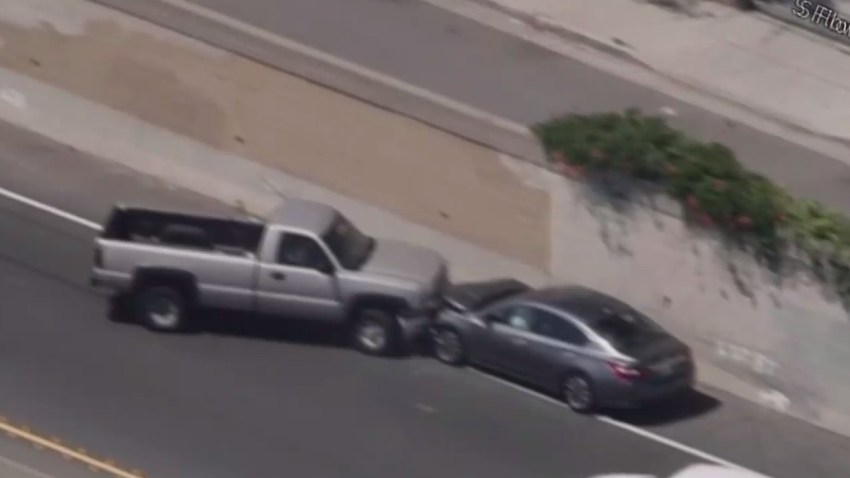 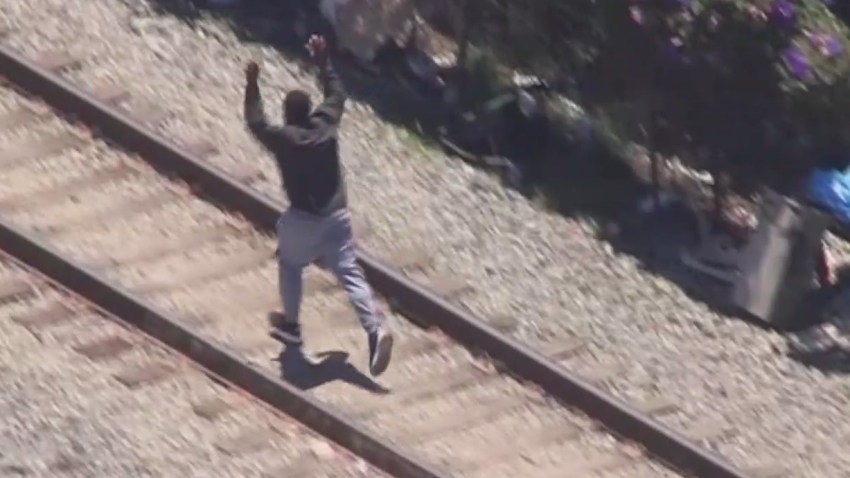 Pursuit Driver Reaches End of the Line on Railroad Tracks

Gil Leyvas and Newschopper4 Bravo were overhead shortly after 3 p.m. as the vehicle traveled past Azusa into Pomona, Ontario and beyond.

The pursuit topped 100 mph, with the driver using the center divider shoulder to pass vehicles and avoid pockets of moderate traffic. At one point at approximately 3:35 p.m in the city of San Bernardino, the driver's attempt to pass a vehicle on the center shoulder of the freeway nearly resulted in a loss of control. However, the driver managed to hold on as the car swerved and seemed like it would crash with nearby vehicles.

However, the suspect recovered and avoided a crash. Instead, the driver seemed to heed the warning and cut down speeding from over 100 mph to roughly 75 mph or even slower.

The vehicle arrived in the Redlands area shortly after 3:40 p.m.

Shortly before 4 p.m., the suspect slowed down and eventually came to a stop off the shoulder of the 10 Freeway in the Beaumont area. It was unclear if a spike strip had worked, if the vehicle ran out of fuel or if the suspect simply grew tired of the pursuit.

The suspect surrendered peacefully, complied with the CHP's instructions and was taken into custody without further incident.