The suspect apparently planned to sell the fireworks throughout the neighborhood in celebration of the Fourth of July holiday.

Bond was granted Tuesday for a South Los Angeles man charged with illegally transporting tons of explosives -- including dangerous homemade devices that were detonated by police, leading to a massive explosion that destroyed a specially designed containment vehicle and injured 17 people.

Arturo Ceja III was expected to be released from federal custody at the end of the day on an unsecured $25,000 bond signed by his parents, according to the U.S. Attorney's Office. He is expected to be arraigned on Aug. 2.

Ceja, 26, was arrested Saturday by special agents with the U.S. Bureau of Alcohol, Tobacco, Firearms and Explosives on a criminal complaint charging him with transporting explosives without a license. The charge carries a sentence of up to 10 years in federal prison, prosecutors said. 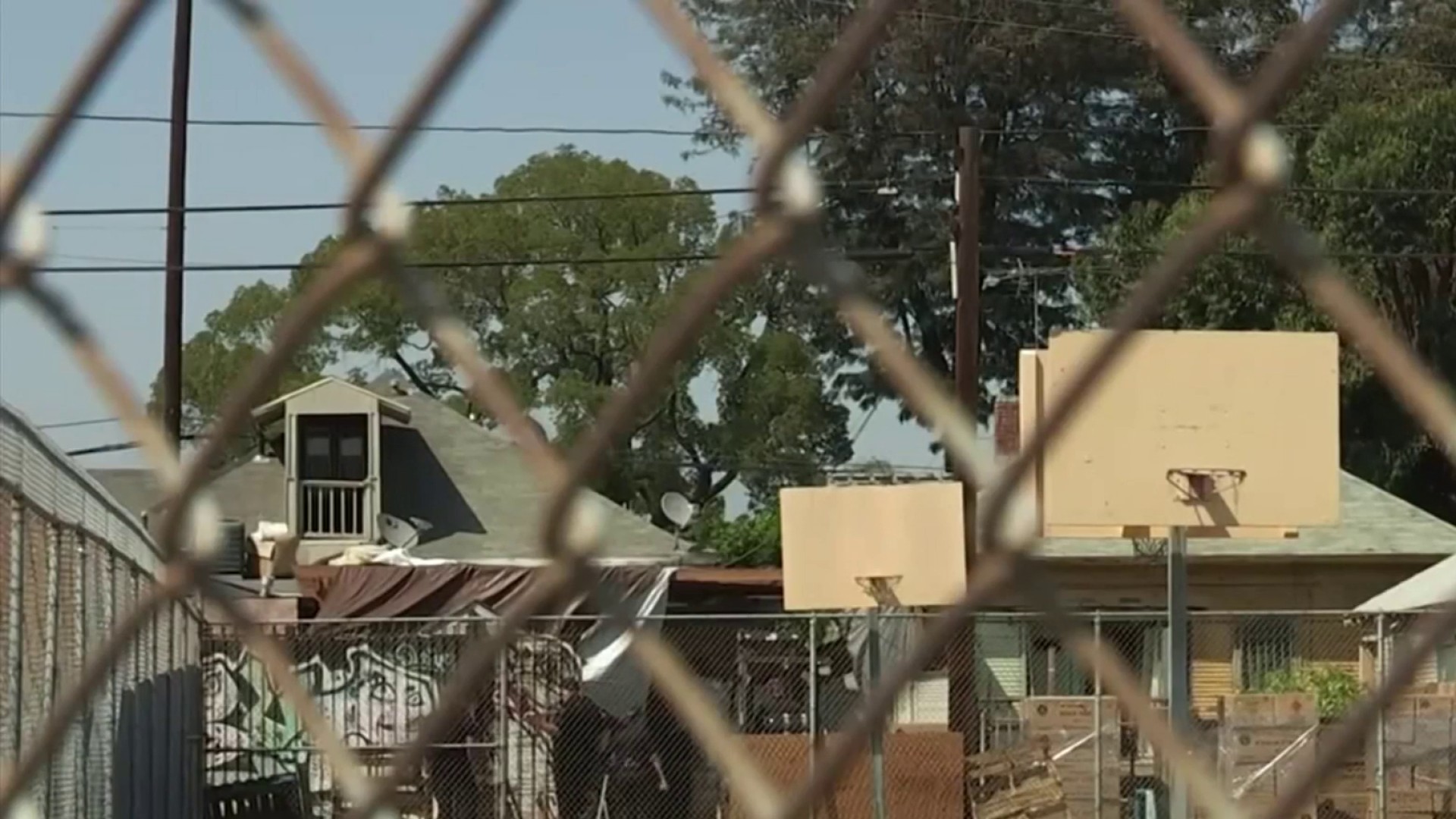 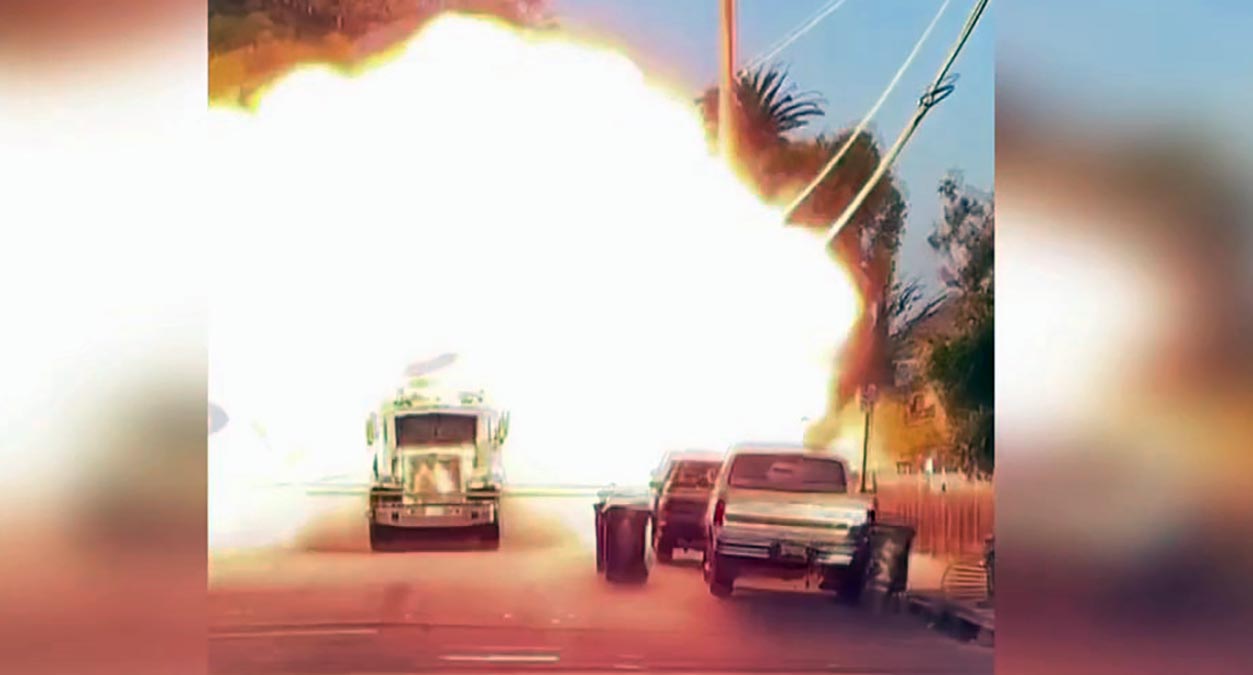 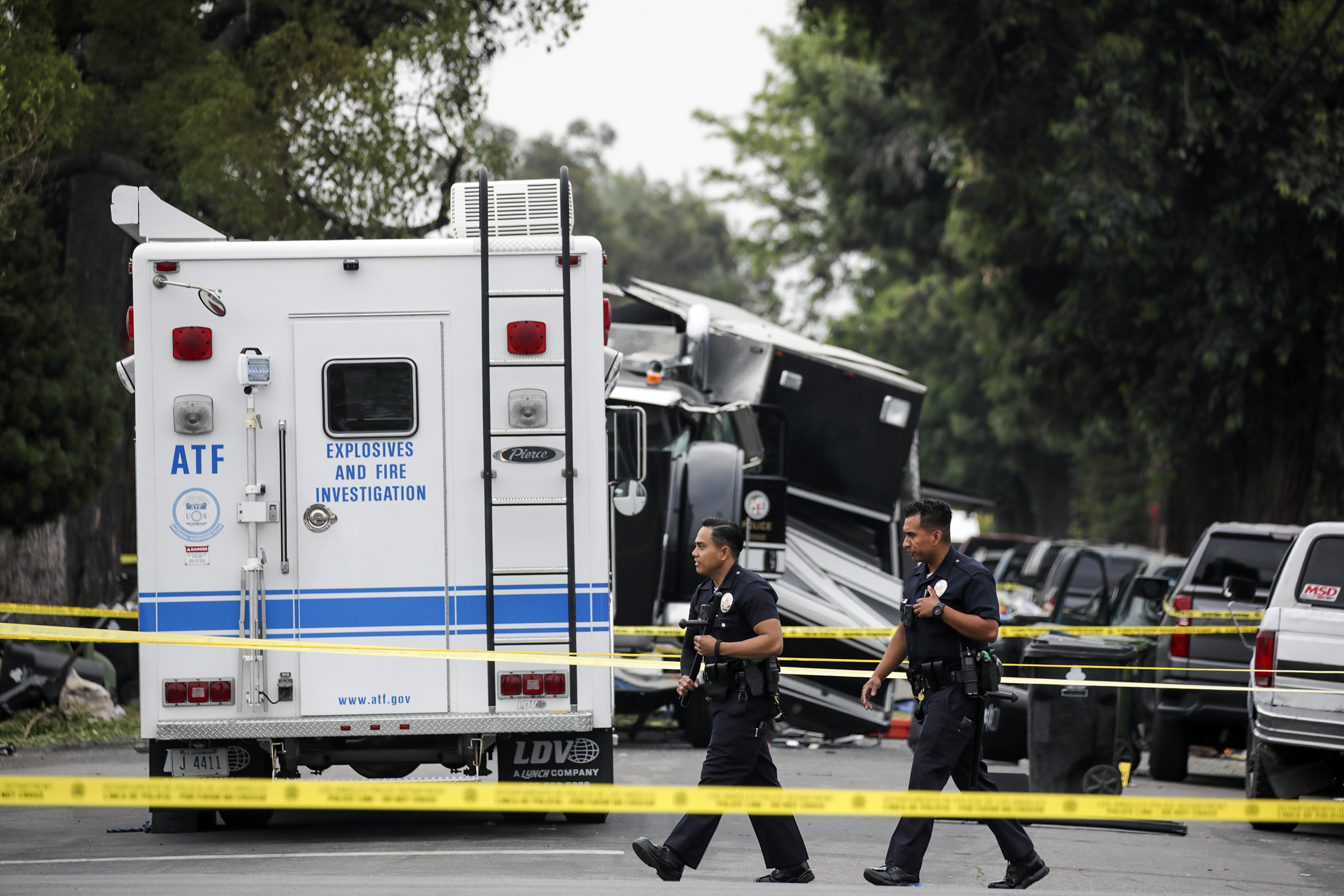 Ceja was initially arrested and booked after the Wednesday evening explosion on suspicion of possession of a destructive device and child endangerment, and was released after posting $500,000 bond Thursday. State charges have not been filed against Ceja, according to the Los Angeles County District Attorney's Office.

Ceja's attorney did not immediately return a call seeking comment.

Ceja apparently planned to sell the fireworks throughout the neighborhood in celebration of the Fourth of July holiday.

"Ceja did not possess an ATF explosives license or permit of any kind that would authorize him to transport either aerial display fireworks or homemade fireworks made with explosive materials, including but not limited to flash powder," states the complaint affidavit, which was written by a special agent with the federal bureau.

On Wednesday, after receiving a tip that fireworks were being stored in Ceja's backyard, Los Angeles Police Department officers responded to his residence on East 27th Street. At the house, officers allegedly found more than 500 boxes of commercial grade fireworks in large cardboard boxes.

The fireworks were "stored outside and in an unsafe manner, namely under unsecured tents and next to cooking grills," the complaint alleges, adding that the commercial fireworks or homemade fireworks, which contained explosive materials, were not stored in an approved method.

In addition to the commercial fireworks, the initial search of Ceja's residence led to the discovery of over 140 other homemade fireworks -typically referred to M devices of varying sizes -- as well as explosives making components, including hobby fuses that matched the fuse on a homemade mortar shell wrapped in tin foil discovered inside the residence, according to the affidavit.

While the fireworks were being removed from Ceja's home, an LAPD Bomb Squad determined that some of the homemade fireworks containing explosive materials were not safe to transport due to risk of detonation in a densely populated area and therefore would be destroyed on scene using a total containment vessel.

During the destruction of the devices, the entire vessel exploded, causing a massive blast radius, damaging several homes in the neighborhood and injuring 17 law enforcement personnel and residents. The damage extended at least a half-block from the blast.

The Los Angeles County Department of Public Health worked to identify accommodations to support medical needs and social services for those who had to be evacuated. An effort was also made to assist an elderly couple who voluntarily remained at the site.

The South Central Neighborhood Council on Monday approved a motion calling for the City Council to create a policy banning explosions that are intentionally detonated in residential communities.

The council also called for the LAPD officer responsible for the decision to detonate explosives in the neighborhood to face criminal charges and internal discipline.