About 12.35 million acres of land have burned and at least 19 people have been killed during an early start to Australia's summer bushfire season

Firefighters from Southern California are deploying to Australia in the fight against bushfires that have forced one of the largest evacuations in the country's history.

The Angeles National Forest Service is sending 20 firefighters to Australia, a spokesman said Friday. The firefighters, who come from all parts of the Los Angeles area, battled the Saddle Ridge Fire in October in the northern San Fernando Valley. They will fly Monday afternoon out of Los Angeles International Airport.

They will be among 70 federal personnel going over.

The firefighters don't expect to learn about their assignments or where they will be deployed until a briefing when they get their.

"Could be tree removal, could be residential support, could be supply support," said John Merager, a forest protection officer assigned to the Angeles National Forest. "But primarily I'm anticipating suppression activity, either timber or brush."

Firefighters in New South Wales continue to battle wildfires in the region. Video from Fire and Rescue NSW shows one of their units being overrun by flames from the fire.

In years past, Australian firefighters have often come over to the U.S. to fight wildfires during their off season. That has become another motivation for U.S. firefighters "to get over there and help them out, as they've done for us," Merager said. "I'm not sure what we will be handed, but we will do it."

Angeles National Forest Fire Chief Robert Garcia praised the capabilities and commitment of the firefighters chosen for the assignment, noting they can operate on their own in remote areas for extended periods, a valuable skill in the outback.

Australia's fire season being six months out of phase with ours makes the month-long commitment of resources less of a strain on local readiness. The 20 Angeles Forest firefighters chosen for the month-long deployment make up about 4 percent of the Forest's staff.

Australia's climate is similar to Southern California, but there are differences in vegetation and operational procedures that the team will need to learn. Garcia said the worsening intensity of wildfire on the other side of the world is not unlike what the western United States has increasingly been facing.

"This really highlights the global scale of the problem of wildfire firefighting," Garcia said. "And it's not just the suppression side, it's how we manage the national forests and public lands and property adjacent. It's an 'all hands on deck' on multiple levels."

The firefighters will be in Australia for 35 days before they are rotated out.

Smoke and Fire From Space: Wildfire Images From NASA Satellites

More than 200 fires are burning in Australia. With extremely dangerous conditions expected Saturday, mass evacuations were underway. Traffic was gridlocked as people fled and firefighters escorted convoys of evacuees. Navy ships were called in to transport hundreds of people stranded on beaches.

The devastating early start to the summer wildfire season has made this Australia's worst on record. One official noted the "fire fatigue" but told people not to wait to flee until it was too late.

Coverage of the devastating wildfires burning in Australia 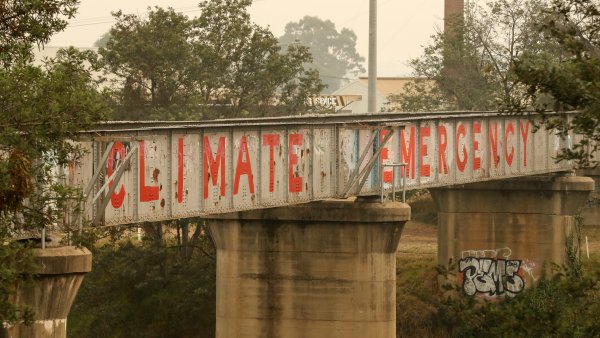 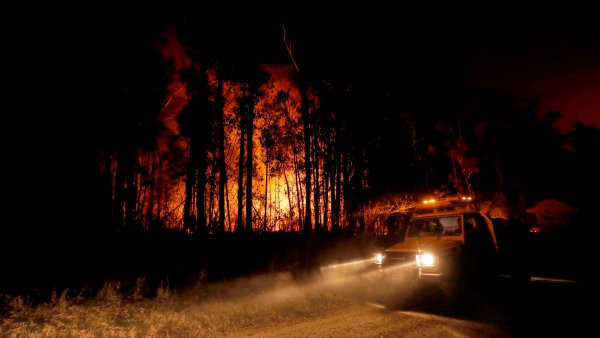 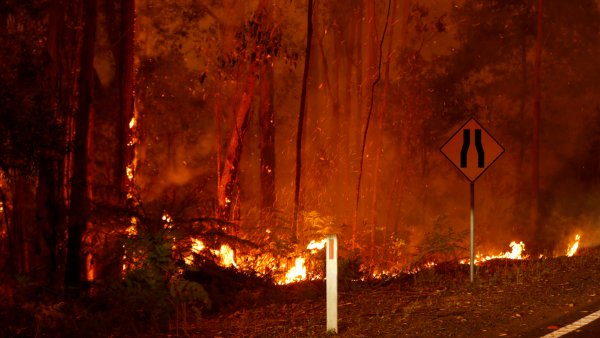 At least 19 people have been killed and more than 1,400 homes have been destroyed. About 12.35 million acres of land have burned.

The largest wildfire on record in California was the July 2018 Mendocino Complex Fire that burned more than 459,000 acres in four northern counties.

This week, at least 448 homes were destroyed on the New South Wales southern coast and dozens were burned in Victoria. Ten deaths have been confirmed in the two states this week, and Victoria authorities also said 28 people are missing.