Lawmakers from Southern California expressed resolve as they vowed to finish the work of certifying the Electoral College vote, despite a breach of the U.S. Capitol building.

Members of the Southern California congressional delegation arrived at Capitol Hill Wednesday prepared to participate in one of the traditions of American democracy — the usually routine Electoral College vote count. 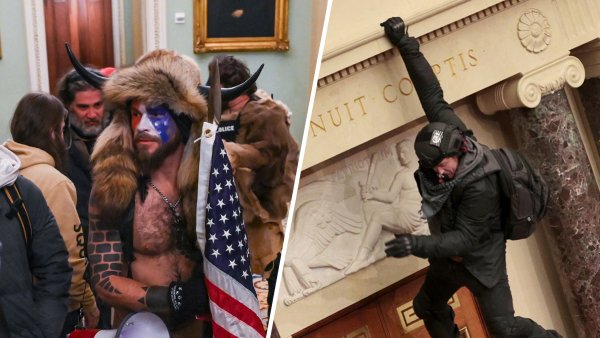 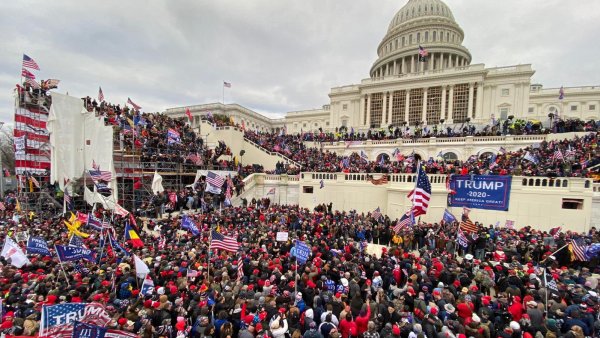 Some SoCal legislators posted messages to social media as an unprecedented chain of events transpired at one of the sacred sites of U.S. democracy.

“I am in a secure location,'' Rep Karen Bass, D-Los Angeles, wrote on her Twitter page.

Rep. Ted Lieu, D-Los Angeles, tweeted, “We are safe, and are grateful for the outpouring of concern.''

The unrest began shortly after President Trump spoke to hundreds of supporters who gathered in Washington, D.C., on the day Congress was set to certify the Nov. 3 election results and proclaim Democrat Joe Biden as the victor.

Hours before protesters stormed the U.S. Capitol, President Donald Trump addressed a crowd and encouraged the group to “walk down” to the building to “cheer on our brave senators and congressmen and women.”

Trump has repeated baseless claims that voter fraud led to his defeat in the election. Multiple legal challenges in several states have been rejected due to lack of evidence. Officials in states across the country, including the Republican election officials in the battleground state of Georgia, have flatly denied any impropriety in the election.

As Trump supporters marched through the streets of Washington, D.C., the group made its way to the Capitol complex, clashing with Capitol Police and ultimately breaching the building, entering the seat of Democracy without any security screening. The Senate and House chambers were cleared as police tried to restore order.

The National Guard and other agencies were deployed to Capitol Hill.

LA Mayor Eric Garcetti reacted to the unrest, saying, "President Trump must condemn what has happened today, stop illegally contesting the will of the American public and support the institutions and elected leaders who comprise our Democracy. Our nation will withstand this horrifying moment, and we will see the peaceful transition of government this month. It cannot come too soon. In the meantime, I pray for the security of everyone on Capitol Hill, and I support congressional leaders and Mayor Bowser's efforts to restore order and protect our nation's Capitol and our nation's capital city.''

Rep. Lucille Roybal-Allard, D-Los Angeles, called it “a tragic day in American history as we see Trump-supporting domestic terrorists surround and breach the Capitol building. My staff and I are secured and safe thanks to the courageous actions of the Capitol Police. Praying for the safety of everybody and the very soul of our nation.''

Rep. Brad Sherman, D-Sherman Oaks, was speaking to KNX when he watched tear gas being deployed in the Capitol Rotunda.

“The idea that the Capitol Police would lose control over the entry points, these are entry points that are sometimes guarded with machine guns. They take that very seriously. A decision was made to allow the breach rather than use weapons. I hope that decision turns out to be right. I think it will be.''

“Got stuck in the gallery, which is above the House Floor, for some time because people were trying to get in,'' he wrote. “Had to lay on the floor with about 30-50 of my colleagues. With gas mask in hand. But I'm safe.''

Rep. Mike Levin, D-Dana Point, said, “I am safe, sheltering in my office. Thanks to our Capitol Police for trying to get this situation under control as soon as possible. This is not who we are as Americans. We can disagree about politics without resorting to violence.''

Rep. Alan Lowenthal, D-Long Beach, wrote on Twitter, “I am safely sheltering in place, and am grateful to the Capitol Police for their service. Violence will not prevent a transfer of power, and cannot destroy our constitutional process.''

While sheltering in place Wednesday, Republican Rep. Mike Gallagher of Wisconsin called on President Donald Trump to put an end to the chaos that ensued after protesters stormed the U.S. Capitol building. “Mr. President, you have got to stop this,” he said. “You are the only person who can call this off. Call it off. The election is over. Call it off. This is bigger than you.”

Dozens of Trump supporters rallied in downtown Los Angeles outside City Hall. Holding flags and carrying signs reading “Stop the Steal,'' members of the group stood along Spring Street while others circled the area in their vehicles.

The gathering proceeded peacefully for most of the morning, but skirmishes began erupting around midday as counter-protesters gathered nearby. Los Angeles police, who earlier reported that the protest was being held peacefully, began showing up in large numbers.