Vigils Planned in Remembrance of Victims of Dive Boat Tragedy

A pair of community gatherings will be held in Southern California Thursday to honor the victims of the Conception dive boat fire that killed 34 people off the coast of Santa Barbara.

The environmental group Heal the Bay will host a remembrance event beginning at 6 p.m. at its aquarium under the Santa Monica Pier. The four-hour gathering will be highlighted by a vigil at 8 p.m.

Organizers said the event will be a "gathering and fundraiser for the family, friends and close-knit community of divers affected by the accident."

At 7 p.m., the Deep Blue Scuba Center in Long Beach will host a candlelight vigil "to honor the lives of the divers of the Conception dive boat." The gathering will begin at the center, 11 39th Place, and end at the Belmont Pier.

Two Santa Monica residents -- Marybeth Guiney and Charles McIlvain -- have been identified by friends and family as victims of the Monday morning fire. Guiney and McIlvain were friends who lived in the same condominium complex.

Guiney, a sales director and ocean enthusiast who was dedicated to the protection of sharks and other sea life, was hailed by friends as an outgoing figure who always had a smile.

"She was such an inspiration, a voice to help understand and protect sharks, and shared her pictures and stories as she traveled the world," one friend wrote on Facebook. "She was endlessly energetic, optimistic and always had a smile to share. Just can't believe it. What a tragedy for so many." 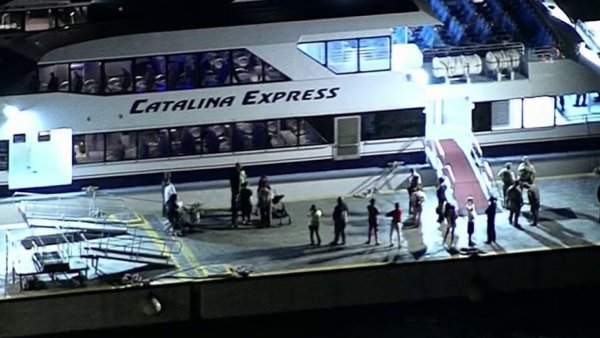 Another wrote: "Her gentle and sweet nature made her a great companion ... Marybeth was 'good people.'" Another added: "You were hysterical. You were real. I will always think about you and smile."

McIlvain, according to his Facebook page, worked as a visual effects designer for Walt Disney Imagineering. His wife, filmmaker Jasmine Lord, was not with him on the Conception dive boat. Her online posts indicated she was working over the weekend in Miami -- in the path of Hurricane Dorian.

McIlvain's friends also poured out their hearts online, calling him one of "the kindest, funniest people you'll every meet."

"Anyone who knew Charles 'Chuck' McIlvain would know how full of life he was, how contagious his laugh and his smile was and what a warm soul he had," another friend wrote.

Neighbors of the pair in Santa Monica told NBC4 that Guiney would often go on dive trips with McIlvain and his wife.

Only five people, all crew members, escaped the burning ship. An investigation led by the National Transportation Safety Board is continuing into the cause of the blaze, but the answer may not be known for months.