LA Officials Team Up to Reverse Trend of Deadly Crashes

NBC4 first reported this in June, and now the city is taking action.

We asked LAPD Traffic Officer Troy Williams to take us on a tour of the streets where he can no longer use radar or laser. 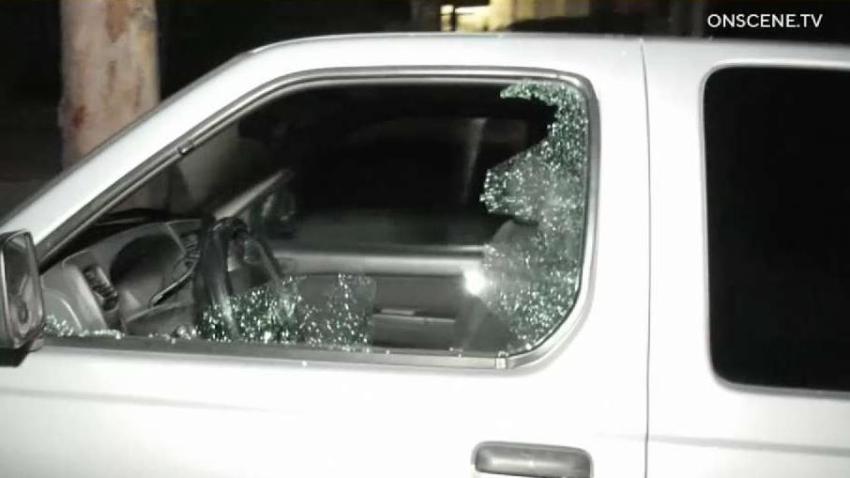 More Than 50 Cars Vandalized in Whittier

"It's almost like a state of lawlessness right now," Williams said.

The reason? By law, the Department of Transportation must survey city streets to determine what the speed limit should be. If they have been surveyed, then officers can use laser guns to enforce that limit. But if there is no survey, they can't. Many officers simply leave these guns at the station.

"We have three drawers of these laser devices that are not currently being used or issued," Williams said.

Jay Beeber who advocates for Safer Streets LA, says he would like to see a number of things done to make city streets less dangerous, but getting the surveys done should be a top priority.

"The fact that there's a large part of the city that hasn't had a current speed survey is very concerning," Beeber said.

One recent crash on La Tuna Canyon Road killed two people and injured six. It does not have a current survey and residents complain that drivers often speed.

Another accident at Sepulveda Boulevard and Vanowen Street is also an area without current surveys.

Right now in the (San Fernando) Valley we are up 33 percent compared to this time last year in traffic collisions," Williams said.

Citywide, fatalities are up 40 percent from last year and up 32 percent from 2014. While they cannot all be blamed on speed, it will be difficult to reach Mayor Eric Garcetti's goal of zero fatalities by 2025, if the trend continues.

"We would have to reduce fatalities in the Valley eight per year over the next 10 years to get to zero," Williams said.

Nadar Asmar, who is in charge of street surveys for the Department of Transportation, promised last June to hire staff and contractors to aggressively get street surveys done.

"As of right now the numbers are holding steady, at least we stopped the bleeding," Asmar said. "Within a year I would like to get at least above the half way mark."

For traffic officers like Williams, that is great news. For the rest of us it should mean safer roads, and for some, a speeding ticket.