Multiple law enforcement sources say detectives in Lynwood are increasingly confident that a suspected carjacker, who led Los Angeles County Sheriff’s Department deputies on a high speed chase Tuesday is connected with last weekend's attack on two transit patrol deputies who were shot while seated in a patrol car in Compton.

The person being chased was driving a light blue Toyota coupe that crashed in the 3100 block of Carlin Avenue in Lynwood, and the sources said the driver ran from the car into a home or condo nearby.

A city block of homes nearby was being evacuated as members of the LA County Sheriff’s Department’s Special Enforcement Bureau, its SWAT team, prepared to search homes, apartments, buildings and yards.

Sheriff Alex Villanueva told NBC4’s Angie Crouch in an interview Tuesday that the search was unrelated to the attack on the deputies in Compton, and he repeated that message in other media interviews throughout the day.

After an hourslong search, Deonte Murray, 36, was arrested after being found inside a trash can with the assistance of a K9 unit, the sheriff's department said in a nighttime news conference. Murray has no known address but is known to frequent the area and is considered a local, the department said, and he was wanted for a carjacking performed on Sept. 1 using a high-powered rifle.

Jail records show bond was set at $2 million, an amount that far exceeds the state-set bail amount for a person arrested on suspicion of carjacking.

At this time, the department did not confirm that the suspect was related to the shooting of two deputies in Compton, when a gunman brazenly shot two Los Angeles County sheriff's deputies as they sat in a patrol SUV at a Compton rail station on Saturday.

A reward for information leading to the suspect increased to $300,000 as of Tuesday.

The deputies, members of the Transit Services Bureau, remained hospitalized in critical condition. Villanueva was hopeful about their prognosis, saying they were spared any injury to a vital organ that would have jeopardized their life immediately.

He added that the deputies -- described only as a 24-year-old man and a 31-year-old mother of a 6-year-old boy -- have a long road to recovery. Villanueva said Saturday both deputies were sworn in just 14 months ago. 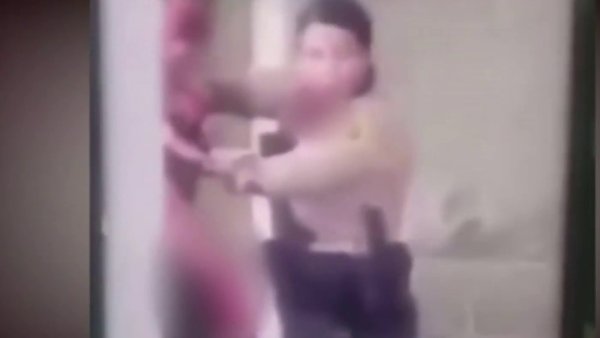 Manhunt Continues for Man Who Shot 2 Deputies in Compton 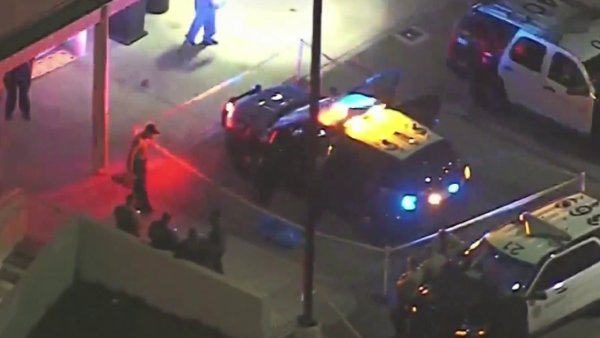 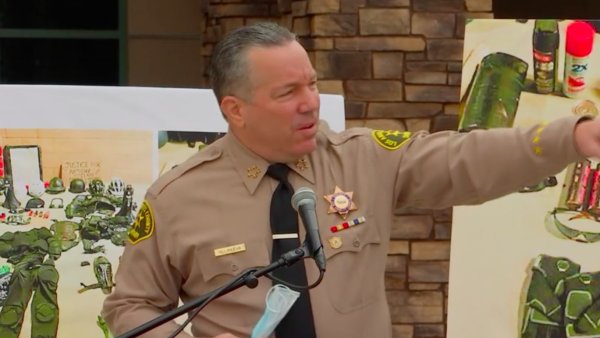 The attack occurred at 7 p.m. Saturday at the Metro A (Blue) Line station at Willowbrook Avenue and Palmer Street. Surveillance video shows the suspect approaching the patrol vehicle from behind, walking up to the passenger side of the vehicle, pulling out a handgun and firing through the passenger side window. The gunman is then seen running away.

Relatives of the injured deputies -- including the husband of the female deputy and the girlfriend and parents of the male deputy -- were at St. Francis Medical Center in Lynwood, where they're being treated.

Villanueva on Monday again lashed out at protesters who showed up at the hospital Saturday night and shouted anti-law-enforcement chants, expressing hope that the deputies die. One witness said some protesters tried to force their way into the emergency room while shouting "death to the police."

More video surfaced Monday showing some bystanders at the Metro station taking pictures or video of the wounded deputies after the shooting, and at least in one case, laughing while failing to offer any kind of aid.

The shooting came on the heels of a series of combative protests outside the sheriff's South Los Angeles station, with demonstrators condemning the Aug. 31 fatal shooting by two sheriff's deputies of 29-year-old Dijon Kizzee in the Westmont area. Those demonstrations led to more than three dozen arrests, with the protesters accusing deputies of using excessive force and Villanueva saying demonstrators triggered the violence by hurling objects at sheriff's deputies.