One Dead After Standoff Shuts Down Busy Beverly Hills Intersection

The van was blocking the eastbound lanes of Wilshire Boulevard at Linden Drive when police arrived, according to a Beverly Hills Police Department statement.

A man was declared dead at the scene of a standoff in Beverly Hills after Beverly Hills police officers, a SWAT team and a bomb squad surrounded a white van in a busy intersection Saturday night.

The standoff began about 6:10 p.m., according to a police dispatcher.

A statement from the Beverly Hills Police Department said that preliminary information indicated that the department had ''received phone calls of a van causing a traffic hazard somewhere in the area of Wilshire and Spalding."

The van was blocking the eastbound lanes of Wilshire Boulevard at Linden Drive, according to an overnight statement from the Beverly Hills Police Department.

"When police units attempted to contact the driver of the van, it drove off and eventually came to a stop within the intersection of Wilshire and Rodeo," Beverly Hills police said.

The van ran a red light before stopping in the intersection of Wilshire and Rodeo, at which point the driver exited the van and quickly re-entered after seeing police units outside, according to police.

"The driver then made clear attempts to secrete himself inside the van by placing aluminum foil and other items on the windows," Beverly Hills police said in their overnight statement.

Police could not confirm the number of occupants in the van, due to the apparent aluminum foil covering the windows. Officers made multiple attempts to communicate with the driver, to no avail.

"Beverly Hills SWAT arrived on scene and also made several failed attempts to communicate with the driver," Beverly Hills police said in their overnight statement. "After a long unsuccessful period [trying] to communicate, SWAT officers entered the van and located an unresponsive lone male."

Paramedics from the Beverly Hills Fire Department attempted to revive the man found inside the van, but he was declared dead at the scene.

The cause of death is not yet known, Beverly Hills police said.

"The Los Angeles County Coroner’s office has been notified and Beverly Hills Police Detectives are conducting an investigation." 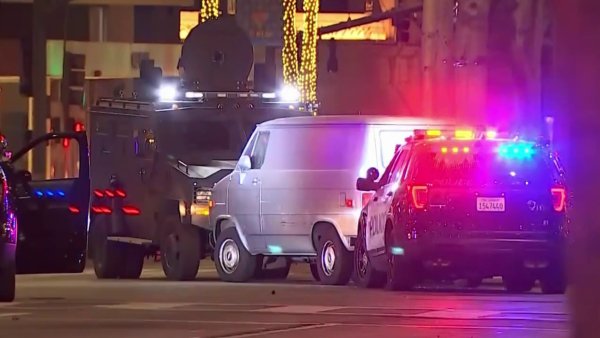 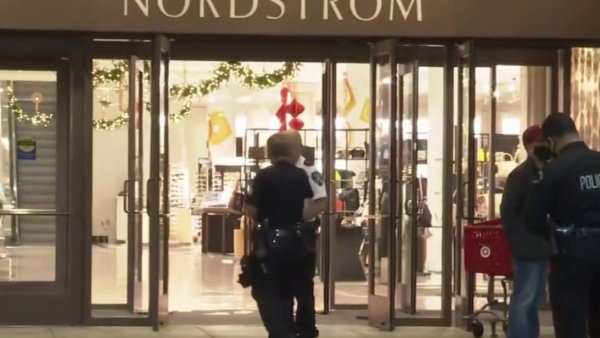 A drone was also being used in the standoff situation.

Wilshire was closed between Beverly and Camden drives.