"That was the most damage I've ever seen to a black-and-white police car in 24 years," said LAPD Commander Andrew Smith

A man who stole an LAPD cruiser as officers conducted an investgation remained in critical condition Friday evening after he crashed into a utility pole and Starbucks coffee shop on La Brea Avenue in the Mid-City area.

The crash occurred at about 4 a.m. near 1298 S. La Brea Avenue (MAP). The 25-year-old suspect was the only person injured in the crash. 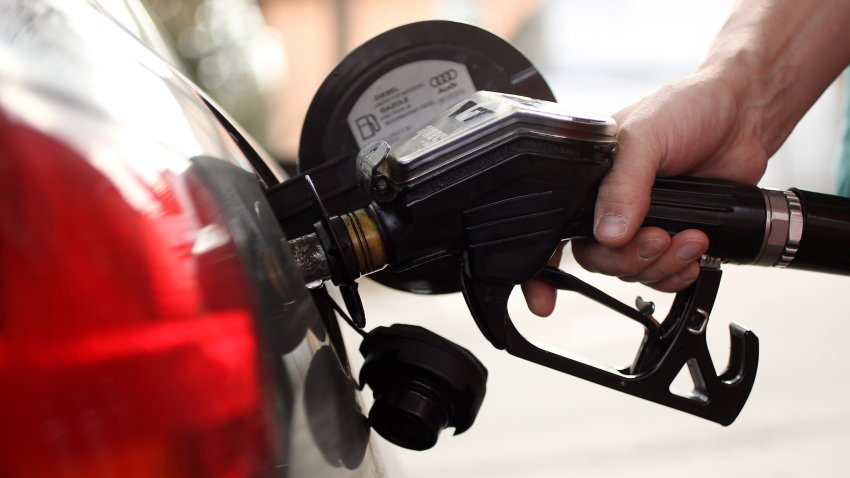 "I heard a motor going full-throttle," said witness Mark Lindsay. ""He literally hit this light pole at about 80, 90, 100 miles per hour. The car just came apart.

Aerial video showed a mangled police vehicle and wreckage in front of the damaged Starbucks cafe.

"That was the most damage I've ever seen to a black-and-white police car in 24 years," said LAPD Commander Andrew Smith. "That was an unbelievable scene of carnage. The engine  was out, the transmission was in the road, the hood was down street. The car was a complete and total wreck."

La Brea Avenue will remain closed near San Vicente Boulevard during the investigation.

The car was stolen as two officers conducted an investigation at Adams Boulevard and La Brea Avenue. The officers left the keys in the police vehicle, according to police.

The suspect, who might face grand-theft auto charges, fled at "high speed" in the cruiser, heading north on La Brea Avenue. The case did not involve a pursuit, police said.

"We're unsure why he took the car," Smith said. "Whether it was a joy ride or what. Apparently he saw the police car there, the keys were in it, and he made a bad choice."

The LAPD does not have a "hard and fast" rule about leaving keys in vehicles, Smith said. The case will be reviewed by the LAPD Internal Affairs Group.

"Many officers leave their keys in the car so they can jump back in and get out of a situation quickly," he said.

A witness traveling south on La Brea Avenue passed the northbound police car before the crash.

"It had no sirens or flashing lights -- a very high rate of speed," said the witness, who identified himself as Seth. "After I passed him, I heard a loud noise. I looked back and he ended up on the curb."

The car clipped a utility pole, which then collapsed onto the Starbucks, and rolled, Smith said.

Lindsay was smoking a cigarette outside at his nearby residence at the time of the crash.

"I helped him out, tourniqueted his leg, put him on the ground and kept him still in case of neck injuries," Lindsay said. "After I got him out of the car, I looked into the car and I saw a leg."