Deputies are relying on the estimated 300 people at the takeover to come forward with answers.

Another illegal street takeover took place in Compton overnight between Saturday and Sunday, and this one turned deadly. Two men were shot and killed near the race, and a manhunt is now underway for the shooter.

In a graphic video circulating on social media, witnesses to the race can be seen scrambling after the two men, who Los Angeles County Sheriff's deputies say were in their early 20s, were shot and killed at the illegal race near the corner of Bullis Road and Pine Street.

Deputies found the young men inside a gray Kia shortly after 1 a.m. Sunday, with gunshot wounds to their upper bodies. Those deputies believe the race and the shooting are linked.

On Monday, the coroner's office identified one of the men as Javier Carachure Menchaca, a Los Angeles resident.

A neighbor at the crime scene said he was friends with one of the victims.

"He was friendly, a lot," he said. "A lot of people knew him. He wasn’t a troublemaker.

"It’s unfair, a lot of people are fighting for their lives, and people come here to take lives like nothing."

In the aftermath of the street takeover, as those nearby try to figure out who committed the crime and why, marks on the street show where cars were obviously doing donuts just a few feet from where the two men were gunned down.

"It’s sad, it’s sad," said neighbor Reginald Dunn. "They need to do something about it. How can they stop it? I don’t know, but it happens in that area all the time." 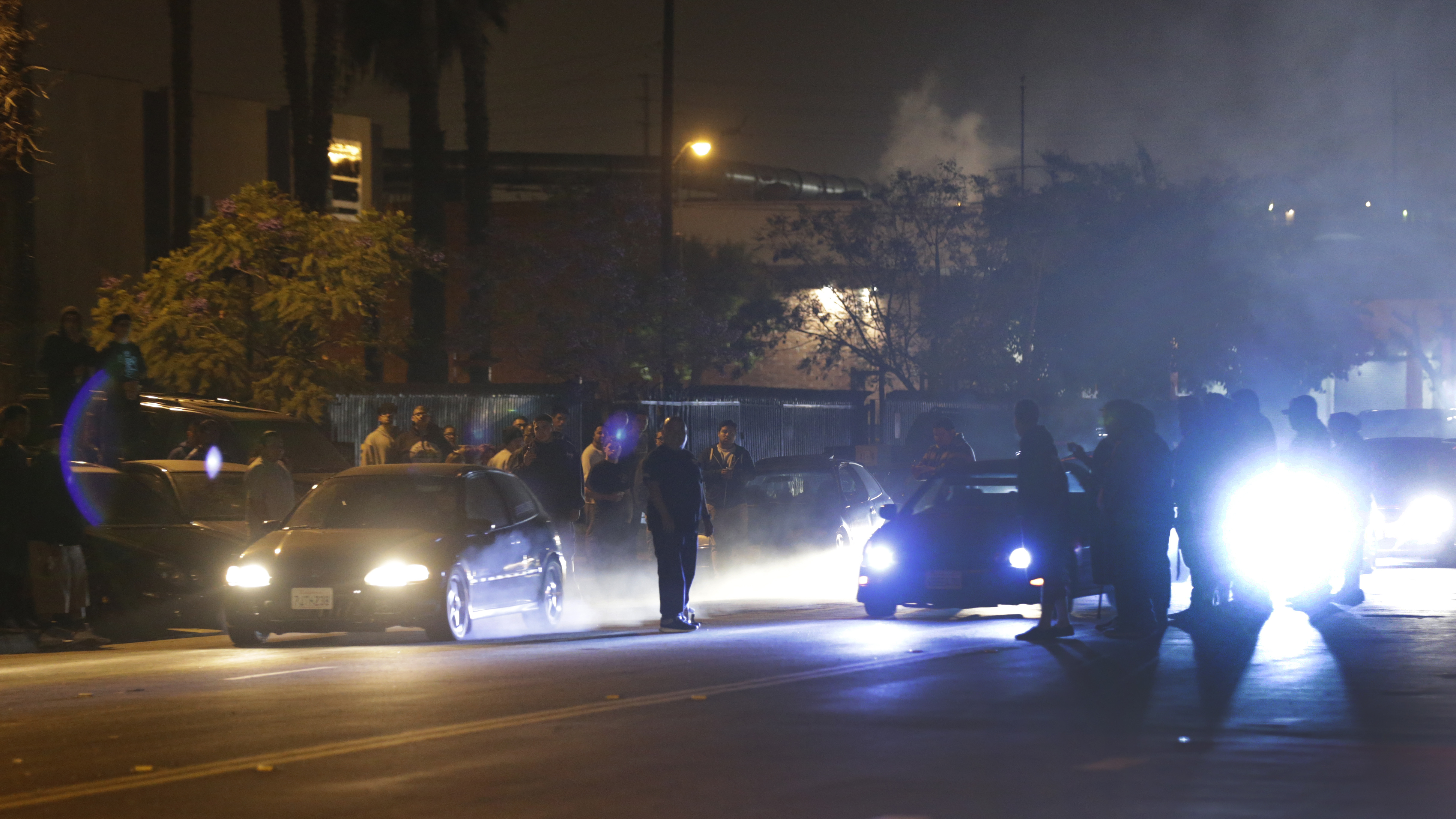 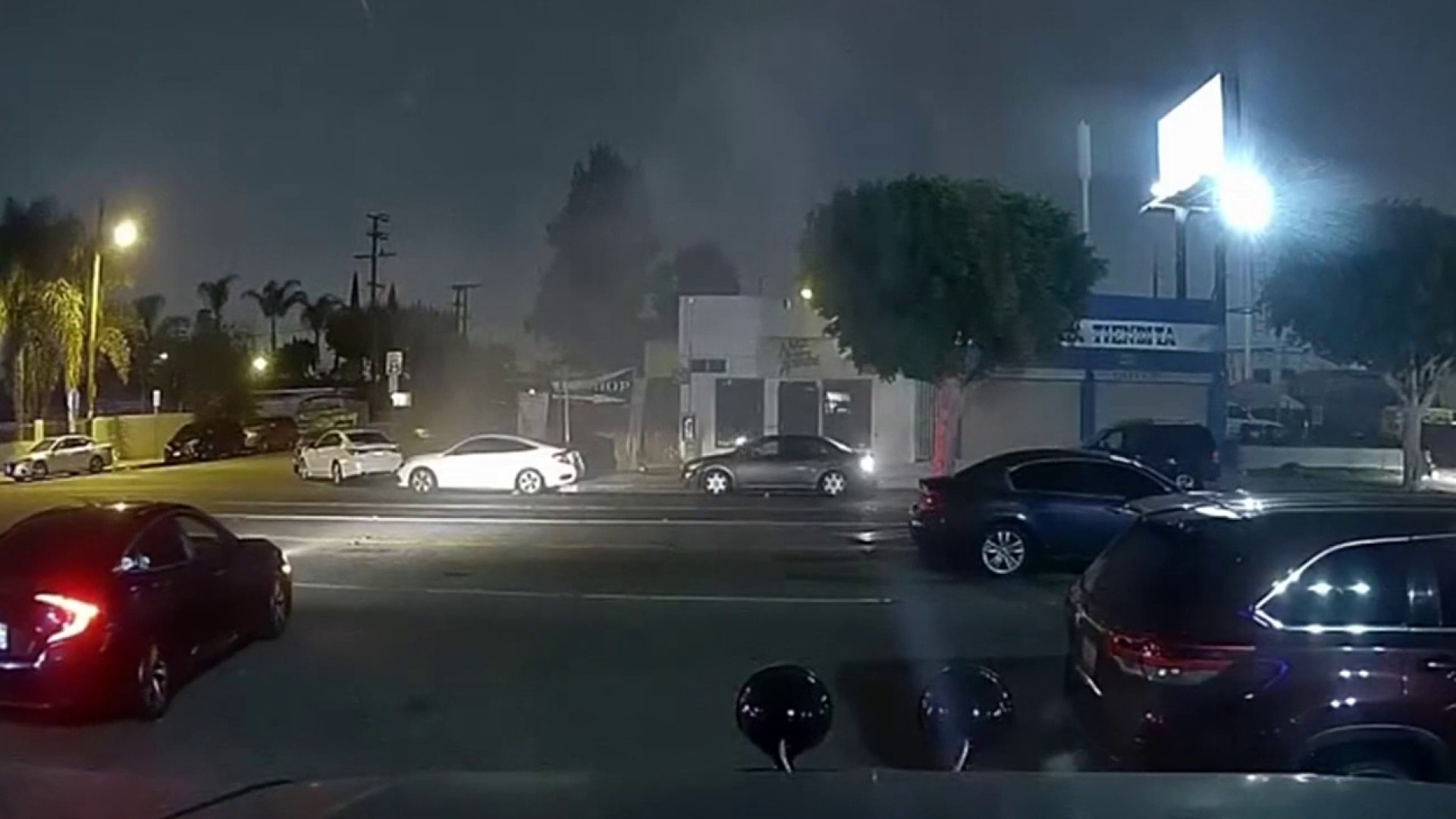 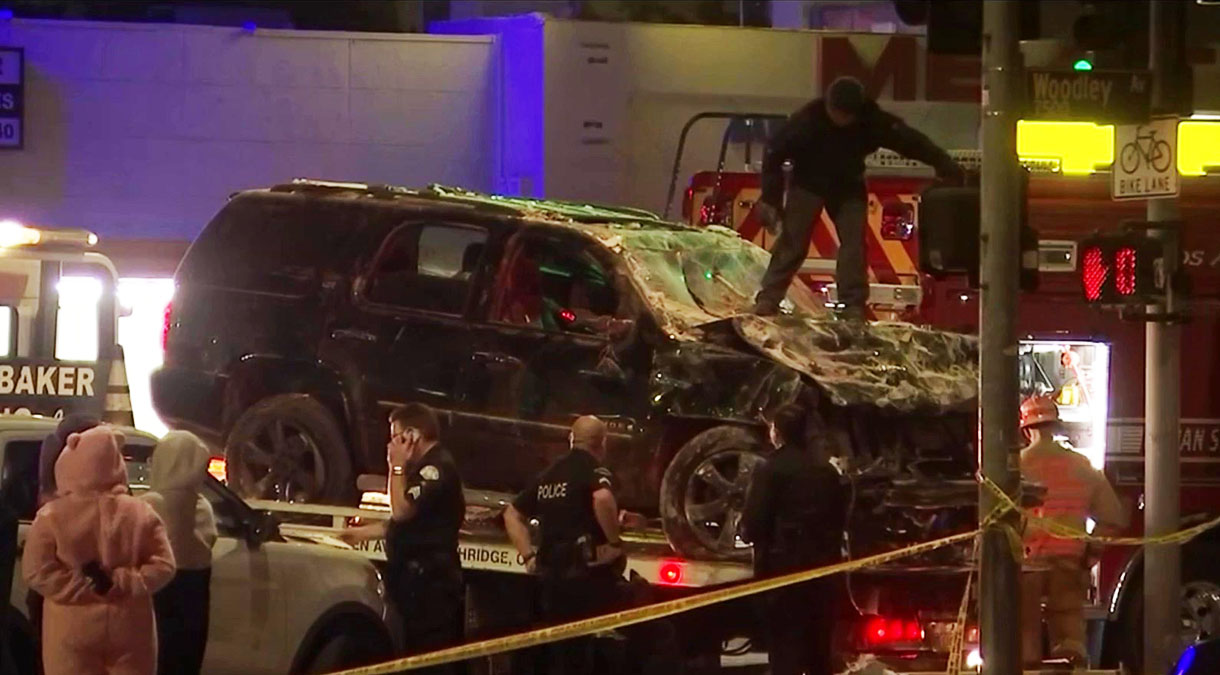 Dunn, along with other neighbors, hope to put an end to the street racing and takeovers that often end in violence.

Deputies are relying on the estimated 300 people at the takeover to come forward with answers, hoping to bring the victims' loved ones justice.

"I had just seen him and it gets me really sad," the victim's friend said, "and it was the last time I seen him and I didn’t know what to tell him, you know?"