Homelessness in Los Angeles County spiked by 12 percent over the past year to reach an estimated 58,936 people, according to figures released Tuesday

"We have the largest unsheltered population in the nation and one of the largest homeless counts across America. Only New York has more people experiencing homelessness on any given night," according to LAHSA Executive Director Peter Lynn.

The city of Los Angeles saw a 16 percent increase in its numbers.

The estimates aren't just to illustrate the extent of the problem. They're used to help allocate state and federal resources. Much of the count happened at night. In areas that were difficult to reach, like river beds, law enforcement helped out.

Though the number of chronically homeless individuals has increased by 17 percent, demographers and statisticians responsible for the count said they believe the real issue is the inflow of newly homeless people. 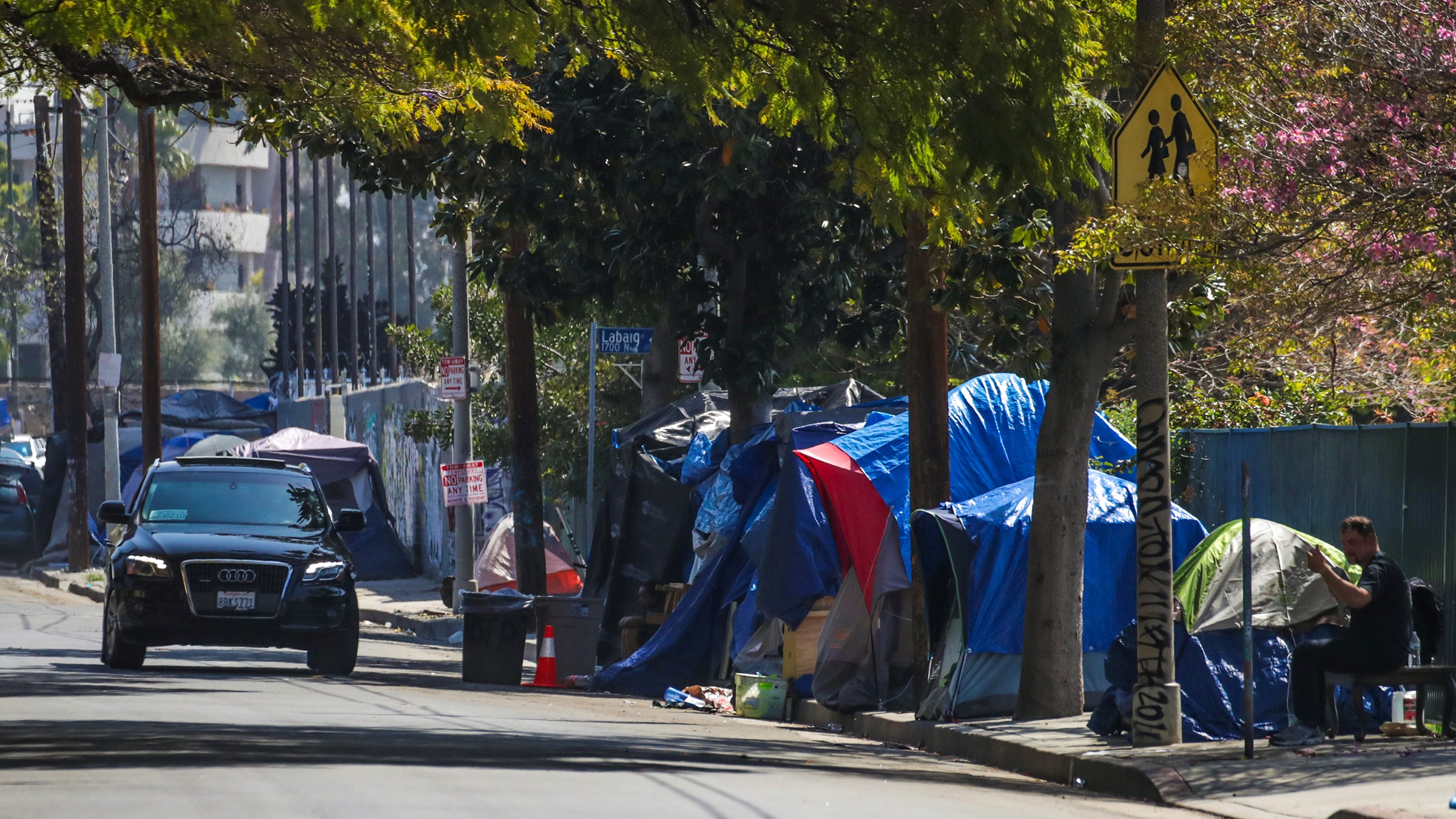 Phil Ansell, who runs the county's Homeless Initiative said it may seem counterintuitive, but "a booming economy can actually lead to an increase in homelessness."

He said that in a growing economy, rental rates have outpaced wages, particularly for people living at the margins and making minimum wage. A minimum-wage employee would have to work 79 hours a week at $13.25 per hour to afford the rent in an average one-bedroom apartment, Lynn said.

The numbers are up despite tens of thousands of people who have moved off the streets and into permanent housing. In the last year alone, the county has helped 21,631 people find permanent homes and another 27,080 who were homeless at some point during the year were able to lift themselves out of homelessness, according to the data.

But officials say more needs to be done to increase the supply of affordable housing and prevent other families from falling into homelessness. Los Angeles County officials said they are adding strategies geared at combating economic factors. When the Board of Supervisors approved $460 million in Measure H spending on homelessness three weeks ago, it focused on finding ways to offset rising rental rates and provide opportunities for steady employment through an employment task force and jobs training program.

The county has also put a 3 percent cap on rental increases in unincorporated areas and is backing statewide legislation to limit rents and prevent landlords from unjustly evicting tenants. However, California voters rejected a 2018 proposal to give local governments more latitude to enact rent controls.

There is a pipeline of more than 10,000 affordable units, but only 1,397 are on track to be available in fiscal year 2019-20. However, Ansell said the state can take action immediately on three key issues that could help alleviate the problem sooner, including pending legislation prohibiting rent gouging, evictions without cause and discrimination against renters with housing subsidies.