Pointing to sobering statistics showing that the number of homeless people dying in Los Angeles County nearly doubled from 2013 to 2018, the Board of Supervisors voted Tuesday to deploy health care workers to encampments and shelters to assess health needs among the homeless.

"This report is tragic, and reflects a true state of emergency on the streets of our community," Ridley-Thomas said. "It is unconscionable and inhumane for society to continue to turn a blind eye to this plight." 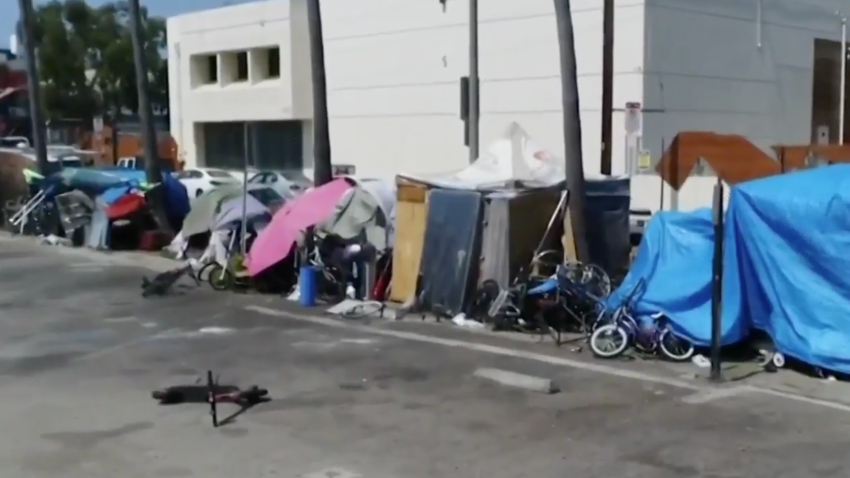 Solis said the data -- released Tuesday by the Department of Public Health -- should spur others, including private sector players, to get involved.

The county's analysis of death certificates and coroner's records found that 1,047 people identified as homeless died in 2018, up from 536 in 2013. To make clear that the dramatic increase wasn't just due to a growing number of people experiencing homeless, DPH Director Barbara Ferrer told the board that the rate of mortality -- the percentage of homeless individuals dying -- had also spiked by more than one-third over the period.

"Homeless (people) are in fact dying at a higher rate because they're homeless," Ferrer said.

The average age of death was 51, compared with 73 years old for the general population.

Alcohol or drug abuse was the leading cause of deaths, which accounts for 27% of the total when longer-term effects, such as cirrhosis of the liver, are considered along with overdoses. The number of overdoses increased by 50% over the five-year period.

Ferrer said roughly 25% of the people receiving substance abuse treatment from the county are homeless, but that many people on the streets still need help.

Other causes include traffic deaths at 9%, homicides at 6% and suicides at 5%.

While the ultimate solution is housing, Ferrer said other strategies are needed now. In addition to sending workers out to gather more information, the DPH report also recommended beefing up traffic control measures around homeless encampments, as well as analyzing the causes of death among formerly homeless people placed in permanent supportive housing to better inform the delivery of services.

"The question for me is where, where is this happening?" Solis said.

Supervisor Kathryn Barger asked that death reviews consider root causes, noting that mental illness often plays a role, even if it is not identifiable in an autopsy. Barger has pushed for changes in state law that would redefine "grave disability," allowing county workers to intervene to get medical help for individuals in severe need but resisting treatment.

Supervisor Janice Hahn said she wanted to cross-reference the deaths with any contacts made by county outreach workers to assess whether the strategies being employed to combat homelessness are actually helping.

"This sort of has a shock value ... that people are dying on our streets," Hahn said.

Pulling together even initial preliminary data was difficult, Ferrer told the board.

"There's nothing on a death certificate that says that you're homeless," Ferrer said.

"It's just a snail's pace for us to build shelter," Hahn said, adding that no one has come up with a strategy to deal with NIMBY neighborhood groups.

Barger said the problem wasn't money but a lack of cooperation from cities in building out shelters.

Homeless Initiative Director Phil Ansell told the board that more than 3,000 beds had been added over the last 22 months and more capacity was coming on line.

"We are spending more Measure H funding on interim housing ... than any other single category and that amount of interim housing will continue to grow," Ansell told the board.

Hamai said new initiatives to deal with the homeless crisis include a "safe landings" program to offer tent space and parking for recreational vehicles alongside indoor shelter space. Hamai also pointed to a "sprung shelter" concept under discussion with a contractor who provides pop-up shelters for victims of disasters like fires and earthquakes.

"We are seeing two or three (homeless) people every single day," Lucas told the board.

The DPH report ended on a grim note.

"Put simply, being homeless in L.A. County is becoming increasingly deadly," it concluded.