One of the ways to financially sustain the units is to mix them with non-supportive housing. At the 88th and Vermont property, 46 units are for supportive housing while 14 are for very-low income families.

The developers are Women Organizing Resources, Knowledge and Services, along with Community Build, and about $9.6 million of the $1.2 billion in Prop. HHH funding was dedicated to the housing project that's intended to house military veterans, families, transitional-aged foster youth and others who have struggled to maintain housing. 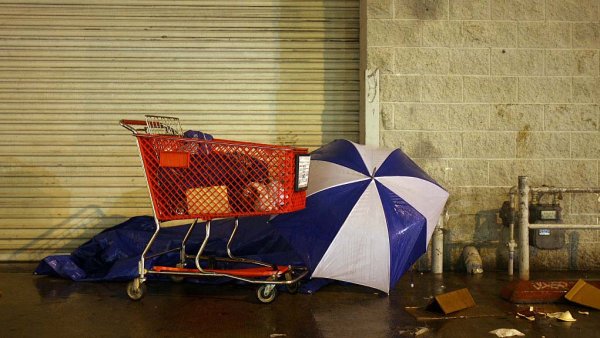 "This decade is already off to a great start,'' Mayor Eric Garcetti said in a Facebook post. "This is the first of many HHH-funded projects set to welcome families inside, and today is proof that we are moving from renderings to reality and delivering the high-quality, permanent supportive units that unhoused Angelenos urgently need and deserve.''

One of the ways to financially sustain the units is to mix them with non-supportive housing. At the 88th and Vermont property, 46 units are for supportive housing while 14 are for very-low income families.

Los Angeles plans to build more than 10,000 units for homeless Angelenos in the next six years. Of the 118 housing projects that have been approved for funding, 20 are currently under construction and another 30 are expected to break ground this year. Another 64 supportive housing units financed with other resources also completed construction this month, the mayor's office said.

"Today, we are finally beginning to deliver on the housing mandate the voters approved through Measure HHH in 2016,'' City Council President Nury Martinez said. "Their support has allowed the city to approve more homeless housing in the last several years than in the previous 30 years. While we welcome the arrival of the first of thousands of more units to come, we know even more is required of us to address homelessness and we must act urgently and decisively.''

The mayor's office said monthly rents at the 88th and Vermont development will range from $473 for a studio unit to $703 per month for a three-bedroom apartment. Rent subsidies for tenants will be provided by a Los Angeles County Department subsidy pool program and the Housing Authority of the city of Los Angeles through housing vouchers.