Behind the United Methodist Church in North Hills, you wouldn't notice it was there. Organizers say they wanted it that way, so as to not be a burden to neighbors who live by.

The church has opened up its back parking lot to homeless Angelenos who live in their cars and RVs as a safe place to sleep for the night, while at the same time offering welfare services and job opportunities.

There is overnight security, rules that have to be followed like no outdoor cooking, no drinking alcohol, no drugs, and you have to have a referral to gain access. For those willing to accept it, there are free showers, meals, clothes and even a place to do your own laundry. But perhaps the most important aspect is the hope to move those living in their cars into temporary or permanent homes.

The LA Housing Authority estimates that 9,000 people are living in their cars around the city, most of them fairly new to being homeless. This program, modeled after an idea in Santa Barbara, aims to ease the burden and transition them back to normalcy. 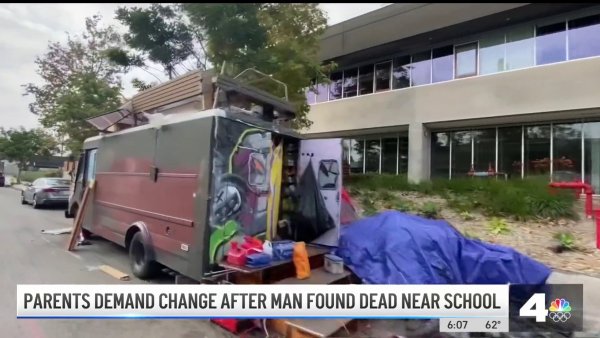 $6 Million Going to Riverside Hotels, Motels for Homeless to Stay and Avoid COVID-19

"Angelenos who are unhoused and living in their vehicles are challenged by safety in the neighborhoods and community residents find challenges with people living in their vehicles near them," LA Housing Authority Executive Director Peter Lynn said. "Safe Parking meets those two needs by providing an opportunity for people to live in a safe location, secure, that has services, sanitary facilities and connects people to the housing resources and employment services to get moved on with their lives and into housing situations permanently."

The North Hills location started receiving people in October. Since then, organizers say 39 have signed up to park overnight, and nine have already transitioned into more permanent housing. The gate opens every night for one hour from 9 p.m. to 10 p.m. and those who stay cannot leave until 6 a.m. They have to be willing to have a background check and have their vehicles checked out for safety as well.

There are five Safe Parking lots in the city of LA with another four expected to open by year's end. Mayor Eric Garcetti says the city is looking for some of its own lots to use as well, including maintenance yards, and he hopes other churches and synagogues will offer their spaces too.