If you wish to help the Perez family, members have set up a GoFundMe account. See link at the end of the story.

A family believes a fire that ripped through a South Los Angeles home around 5 a.m. Thursday started in a growing homeless encampment in the alley, and now the father is left without his construction gear for his job after it was all destroyed in the blaze.

Now the family who lived in the home near Woodlawn and King Boulevard is also homeless.

Residents said they've complained numerous times to city officials about the growing homeless encampment, but they got no response. 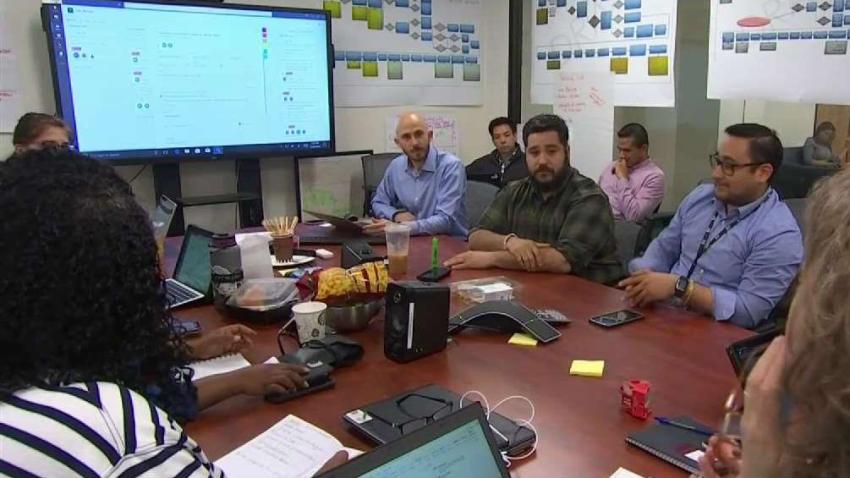 streets of shame 22 hours ago

"I lost every pair of shoes. I have nothing anymore," Dayana Perez, 14, said.

Family members said they saw a homeless man running from the scene. The family says they warned city officials this could happen.

"We've called the city a lot of times to help us move the homeless they didn't listen to us. We told them there's a chance of a fire. They still didn't listen or do anything," Perez said.

As crews restored utilities to neighboring homes Friday, a homeless woman was spotted washing her clothes in the alley and hanging them to dry on a fence.

Neighbors say they've repeatedly called the city's 311 hotline to complain about the growing encampment but got no response.

"This is the second fire. I had to put one out before because he was trying to barbecue to keep warm in February. The fire was multi-colored. This one -- I don't know what he was burning," Donnell Jackson, a neighbor, said.

Dayana's parents, who speak only Spanish, are now sleeping in their car on the property. After losing all of their father's gear for his construction job, the three children are staying with their grandmother.

Dayana says she believes their complaints were ignored because they're a low-income family, and now they've lost the few belongings they had.

"There are a lot of memories. I didn't buy them, but my mom did and it hurts more because they worked hard for it. Now it's gone," Dayana said.

Los Angeles fire officials are labeling it a rubbish fire but haven't determined the exact cause.

NBCLA reached out to Councilmen Curren Price's office, who said they've sent representatives to the home.

LA Mayor Eric Garcetti's office said they're looking into why the complaints weren't followed up and will provide emergency assistance to the Perez family.

Garcetti's office also said it would will let the city's homeless outreach team know about the people living in the alley and if they can help.

If you wish to help the Perez family, members have set up a GoFundMe account here.