People who live in a Venice Beach neighborhood are fed up with homeless people renting vans to sleep in that take up parking spaces.

In the stretch on Riviera Avenue near Grand Boulevard, three vans come back registered to the same person: he's known as the "vanlord."

Neighbors said he rents them out for as much as $300 a month, moving them from street to street. 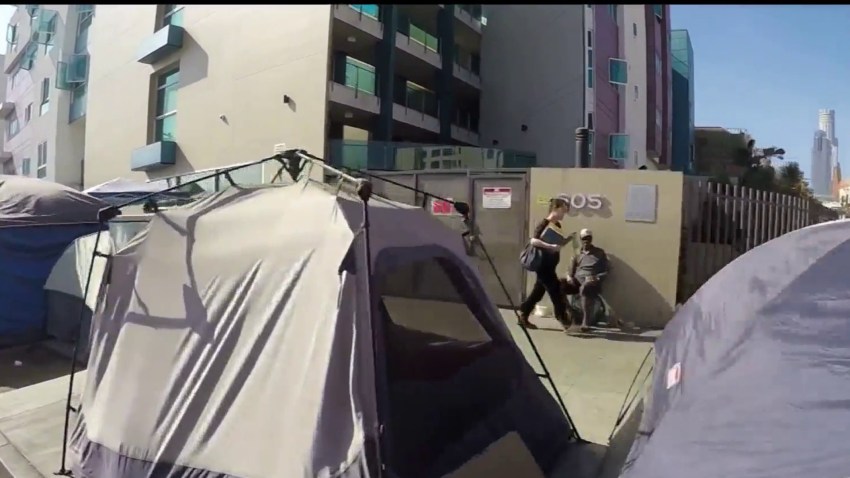 "Any homeless people watching - don't rent from people like this!" Lucas Dark said.

Dark is a homeless man who's looking for the so-called vanlord because he says he's been renting a van for the past 12 weeks, and paying $300 a month.

But Tuesday, the van was moved with all his belongings inside. He says the vanlord has more than a dozen vehicles that he rents out on Craigslist.

It's illegal to sleep in a vehicle on designated residential streets in Venice Beach. Neighbors said along with taking up limited parking spaces, some van dwellers toss sewage and trash on public sidewalks.

"We've seen them dumping buckets; coming out and dropping their pants and using driveways as a latrine," said Mark Ryavec of the Venice Stakeholders Association.

The mysterious vanlord spoke to NBCLA by phone, but declined to comment on the vans.

There are some parking lots that allow people to sleep in their cars overnight, but homeless advocates say more are needed, especially in Los Angeles, where housing prices have skyrocketed.

Neighbors have called the Los Angeles Police Department about the vanlord but have yet to receive a response.

LAPD said they're aware of the problem with van rentals and they are investigating. But they admit it's a hard problem to solve because they have to catch the person inside the van during overnight hours in order to issue a citation.