City of LA Installs 21 Drinking Fountains Near Homeless Encampments, But Residents Have Concerns

But residents say they are often littered with trash.

The city of Los Angeles has installed 21 new drinking fountains near homeless encampments to provide just a little bit of relief in this summer heat, with some in areas like Skid Row. But one of those fountains is inside a Venice Beach neighborhood, and some homeowners think that's the wrong place for it.

A homeless man was seen cleaning razors in the new drinking fountain installed on 3rd Avenue near Rose in Venice Beach.

Residents also snapped photos showing a man in bathrobe who just washed in the fountain, and piles of trash surrounding it. 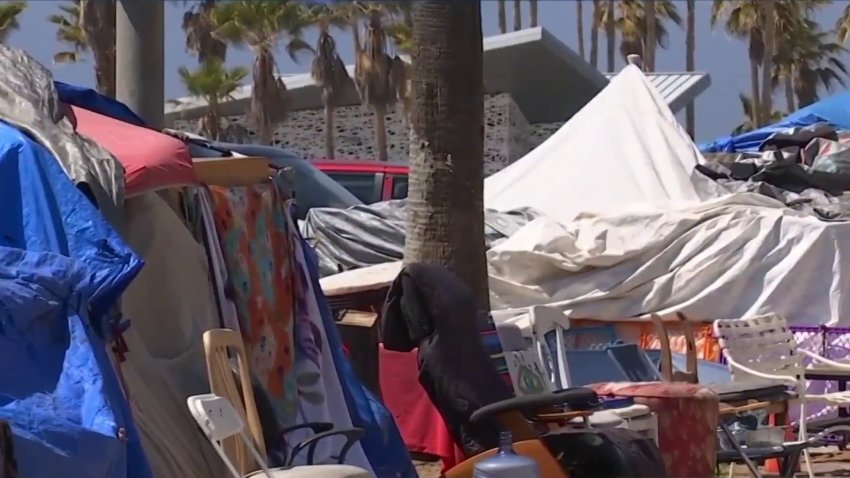 Resident Rick Swinger said he understands the need, but he thinks it's the wrong location for the fountain near homes just three blocks from the beach.

"What it does is creates a camping environment, makes it easy for everybody to come here. World travelers come here for free camps because we're by the beach," he said.

Lorenzo lives on the street with his two dogs. He said he's happy about the fountain, because he doesn't have to bother neighboring businesses for water.

"We don't have money to buy water. It helps a lot," he said.

Sal Haro, part of Venice Beach's street cleaning team, said 3rd Avenue's homeless encampment already attracts rats and fleas, and he sees plenty of discarded needles. He already cleaned up around the fountain once Wednesday and said by the time he returns in the afternoon, he'll have to clean it all again.

Mayor Eric Garcetti's office said the fountains are only one small part of an overall strategy to provide humanitarian relief to the city's growing homeless population.

"We don't believe services draw people to areas. There are already people living on the streets, and they need access to basic amenities," said Christina Miller, Deputy Mayor for City Homelessness Initiatives.

The mayor's office has also just put together a new public health task force that's working to address a wide range of issues facing the homeless.