For three quarters, the Los Angeles Rams defense had done the unthinkable: they kept Tom Brady and the New England Patriots out of the end zone.

Then the fourth quarter happened. 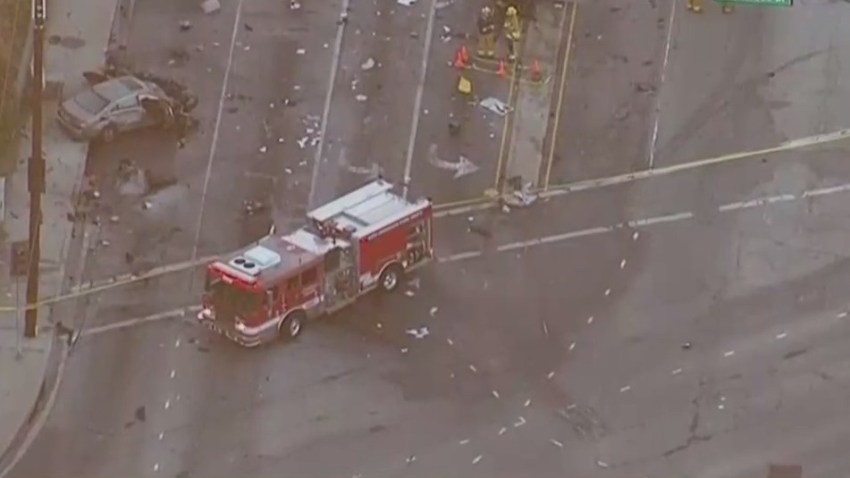 One Killed in a Fiery Two-Car Crash in Culver City 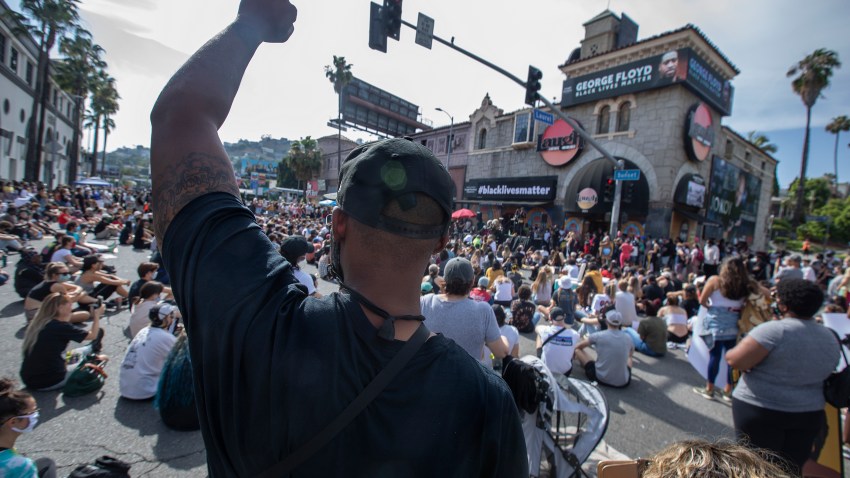 "I just felt like we needed to grind it out all night," Brady said of the victory. "We couldn't take our foot off the gas pedal, we were playing a great football team. We moved the ball decently, but we just couldn't get the points on the board. But in the end, it feels a lot better than last year when we did get some points on the board. It's just a great win for our team."

In a marquee matchup of two of the top scoring offenses in the NFL, a surefire shootout instead turned into a defensive standoff through the first three quarters of the game.

Isn't it ironic that in a season that featured a plethora of offensive records, the final game would feature a defensive display that would rewrite the record books as Super Bowl LIII became the lowest scoring game in NFL history.

"They say defense wins championships," said Rams' running back C.J. Anderson. "That's what you saw out there today."

After the Rams won the opening coin toss and deferred, New England opted to receive the kickoff and put pressure on the L.A. defense early.

Through their two postseason games, the Patriots had scored a total of 21 points in the first quarter against the Chargers and Chiefs.

That trend would continue in Super Bowl 53 as neither team scored in the first quarter of the game.

"They were doing such a good job defensively mixing it up on us and we had a hard time moving the ball," said Rams' quarterback Jared Goff. "That happens. You think at some point you're going to come out of it, as we have all year, and we almost did."

After three straight run plays on their opening drive, the Patriots were marching down the field deep into Rams' territory when Brady threw an interception on his first pass attempt of the game.

Brady became just the third starting quarterback in Super Bowl history to throw an interception on their first pass of the game, joining Jim Kelly (XXVI) and Ron Jaworski (XV).

Patriots' placekicker, Stephen Gostkowski, missed his first field goal attempt of the game in the first quarter. Entering the game, kickers were 31-for-31 at the Mercedes Benz Stadium during the 2019 season.

Gostkowski would convert a 42-yard field goal in the second quarter to put the Patriots ahead, 3-0, at the half.

"I felt pretty good about it," Gostkowski said of the field goal in the first half. "In a dome, if you get good rotation, they're going to go straight."

The scoreless first half was familiar for the Rams, as they have scored just three points in the first half of their three postseason games this year.

Greg Zuerlein, the hero of the Rams' NFC Championship game victory over the New Orleans Saints, converted the second-longest field goal in Super Bowl history when he tied the game in the third quarter with a 53-yard kick.

Unfortunately for the Rams, they would not score again in the game.

With Patriots fans chanting "Brady, Brady, Brady!" the oldest winning quarterback in Super Bowl history opened up the fourth quarter with a five-play, 69-yard scoring drive that featured a 29-yard pass from the five-time Super Bowl Champion to tight end Rob Gronkowski to put the ball on the two-yard line.

"He knows to trust in me and throw that ball," said Gronkowski. "And I'm going to grab it."

Running back Sony Michel punched the ball in one-play later, and the Patriots had scored the first and only touchdown of the game to take a 10-3 lead.

"It feels good to have Georgia fans behind us," said Michel who played for the local Georiga Bulldogs in College, and in the National Championship game against Alabama on the same field 13 monts prior. "I had a lot of fans here tonight. It felt good to be able to do it with this group of guys.

The Rams responded with a long seven-play, 48-yard drive of their own, but Jared Goff threw an interception to Stephon Gilmore and New England ran the clock down and converted another field goal to make it a two-score game.

"It was clutch," Gilmore said of his interception. "I knew he was going to force it up there. Our defensive line put a lot of pressure on him and he chucked it up there and I was able to make a play."

Julian Edelman, who did not play in last year's Super Bowl after suffering a torn ACL before the season, was named the MVP of the game with 10 receptions for 141 yards.

"He just played the best game he has all year," said Brady of Edelman. "So proud of him and what he's accomplished coming back from his ACL injury. He just fought it out, grinded it out, just like everyone else."

Edelman was more lowkey with his accolades.

"It just feels great to win the game," the MVP of Super Bowl LIII said matter of factly.

The 16 total points were the lowest scoring in Super Bowl history.

"I got out-coached," said Rams head coach Sean McVay after the game. "I feel responsible for the offense and for putting up more points and doing a better job. That is where I really feel I let our team down today, because of the way our defense played."

Johnny Hekker was arguably the highlight for the Rams, as he kicked a season-high nine punts, including a Super Bowl record 65 yarder in the third quarter.

"I definitely didn't see the game going like this going into the match," admitted Hekker. "I had a bit of an impact on this game, but ultimately, we just didn't make enough plays to win it."

Super Bowl LIII was a rematch of Super Bowl XXXVI in 2002 when Brady and Belichik won their first Super Bowl together, 20-17, to put that into perspective, in 2002, there was no iPhone, no Facebook, no Twitter.

"We have a lot of great people in the organization," said Belichick. "It starts at the top with Robert Kraft and his family. He's given us great support and all the things we need to be competitive. I'm happy that things worked out for us this year and were able to be the best team in football this season."

The Patriots have now won six Super Bowls in nine appearances since their first in 2002, tied with the Pittsburgh Steelers for the most in the NFL.