"I only wish that my parents were still alive to see this," Randy Hollis, the victim's brother, said.

Nearly 47 years after an 11-year-old Torrance girl vanished from in front of her home on Thanksgiving Day, police say they have identified a suspect.

Jake Edward Brown, who has since died, was revealed as the suspect in Terri Lynn Hollis' 1972 kidnap and murder by DNA testing in a Wednesday news conference.

Hollis disappeared from in front of her home in the 2600 block of Dalemead Street. 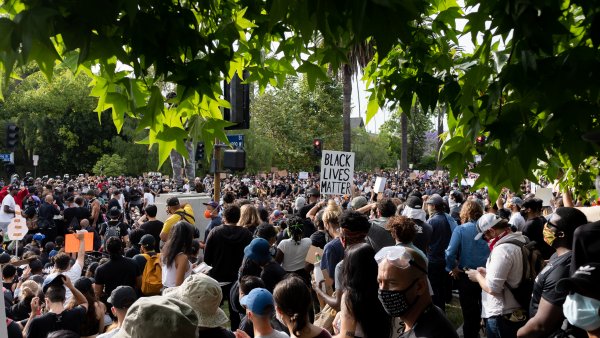 Two fisherman found Teri's body the following day on a cliff in Oxnard, just south of Mugu Rock below Pacific Coast Highway. She was wearing only a T-shirt, according to a Los Angeles Times article from November 1972.

"I was 16 at the time. When you think about it, 47 years, it's amazing that we've come to this day. I only wish that my parents were still alive to see this," Randy Hollis, the victim's brother, said.

The DNA match comes after decades of failed match attempts, with the most recent unsuccessful testing occurring in 2000 and 2015, Torrance Police Chief Eve Irvine said. Familial DNA was used, and still no hits came up.

In 2015, Torrance police worked with a lab in Virginia to create a profile prediction of a possible suspect, including what he may have looked like, from his hair, eye and skin color to the shape of his face.

Unfortunately, the suspect was still not identified.

In 2018, after searching once more through publicly available databases, a person of interest was finally identified as Brown, who had by that time died in Arizona in 2003. After Torrance detectives traveled to Arizona and exhumed his body for DNA testing, they used a bone extraction method to try to get DNA for comparison. Two attempts failed.

After help from DNA Labs in Florida, a successful profile was discovered, and it was confirmed that Brown's DNA matched.

Police revealed that after Brown murdered Terri Lynn in 1972, he would go on to be arrested in connection with two other rapes, in April of 1973 and April of 1974.

Randy, the victim's brother, spoke at the news conference and thanked all the detectives involved for finally bringing closure to his family, mentioning that some of the detectives who worked the case weren't even born when the crimes occurred.

"Obviously a lot was taken from us that day, and throughout my life," he said. "On Thanksgiving Day, I always allow for a private moment."

He also said that police would check in with him over the years and let him know if there were any developments, and told other victims' families to push on.

"Don't lose the heart or drive to get resolution. You never know when something will come up and it will be solved," he said.