It is the first modern high-rise in Los Angeles without a flat roof.

The tallest building west of the Mississippi River opened its doors on Friday in once-stodgy downtown Los Angeles, which is sprouting a crop of new skyscrapers.

Here are some things to know about the Wilshire Grand Center:

HOW TALL IS TALL?

The 73-story building has a huge spire that brings its height to 1,100 feet (335 meters), topping the nearby U.S. Bank Tower by more than 80 feet. The Bank Tower had held the height record since 1989.

Critics might argue that a spire rising nearly 200 feet above the top of the building should not count, but it meets the criteria of the Council on Tall Buildings and Urban Habitat, which lists the world's tallest buildings based on the "architectural top of the building." A 2-foot lightning rod at the very top, however, doesn't count. 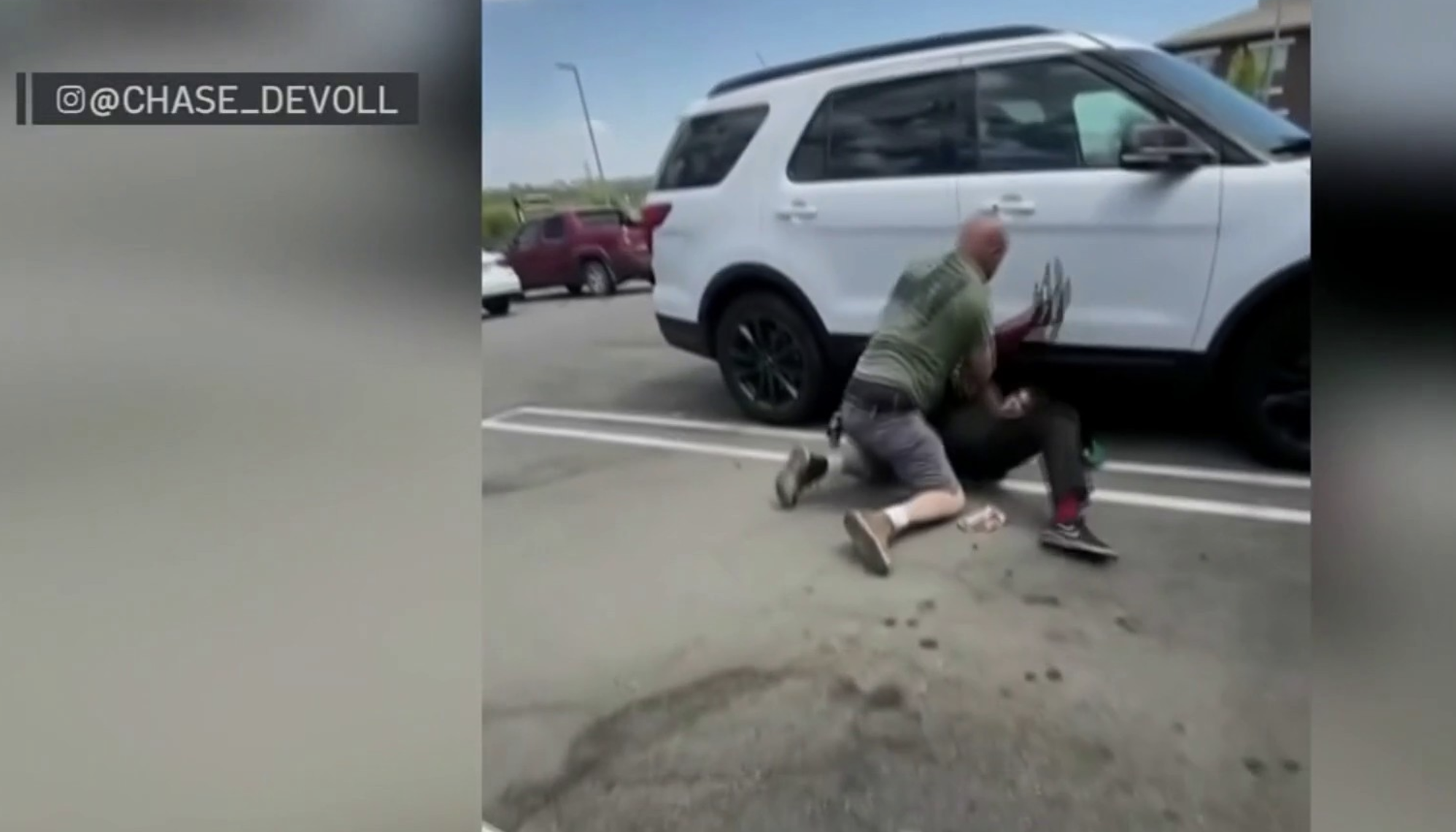 The skyscraper is still dwarfed by buildings on the East Coast and overseas. In the United States, One World Trade Center is 1,776 feet tall, making it the sixth-largest completed building in the world. The tallest building, the Burj Khalifa in Dubai, rises 2,717 feet, or more than a half-mile high.

The tower features a 100-foot-tall, sail-shaped crown built of glass and steel. It is the first modern high-rise in Los Angeles without a flat roof. Since 1974, high-rise buildings had to have helicopter pads in case of fires or other emergencies. The Wilshire Center obtained Fire Department permission to use other safety features, including a special landing platform and a dedicated elevator for firefighters. The city ended the flat-roof requirement in 2015.

The building's spine and sail have programmable LEDs that can provide colorful illumination and visuals.

Ripples of rainbow illumination glowed and flowed all the way up the building's 73 stories on Friday night in its inaugural lighting.

The tower also includes an 889-room InterContinental hotel where rooms will go for about $400 a night; some 350,000 square feet (32,516 square meters) of office space; a shopping mall and an observation deck.

The building, located in the Financial District, cost about $1.2 billion to build. Construction began in 2014.

It reached a milestone that year when 21,200 cubic yards (16,208 cubic meters) of concrete, weighing 82 million pounds (37 million kilograms), were poured over a span of 18 hours to create the foundation. That broke the Guinness World Record for a continuous pour set during the 1999 construction of The Venetian hotel and casino in Las Vegas.

The record was eclipsed again this April when a foundation for a mall was poured in the United Arab Emirates.

Construction work on the tower was shut down for two days last year when an electrician killed himself by jumping from the 53rd floor.

The tower includes a massive, stabilizing central core and braces designed to act as shock absorbers to withstand gusty Santa Ana winds and earthquakes. Southern California has dozens of faults, and the building is designed to withstand about a magnitude-7.5 temblor.

The building construction provided about 11,000 jobs. Los Angeles County Supervisor Hilda Solis says the tower and its many tenants will provide about 1,750 permanent jobs and the tourism and business it may bring could provide another 122,000 jobs indirectly.

ANOTHER BRICK IN THE SPRAWL

The Wilshire Grand Center is part of a construction boom in the resurgent downtown area that for decades emptied out at night as commuters headed for the suburbs.

The opening of the Staples Center arena in 1999 helped anchor redevelopment projects in the surrounding area. The Walt Disney Concert Hall, an internationally known architectural landmark designed by Frank Gehry, opened in 2003.

Vacant office buildings have become pricey lofts and apartments, a new art museum opened and with changes to density and zoning laws, plans are moving ahead to create gigantic complexes of residences, hotels and shopping districts. About 150 building projects are in the works, including some 20 skyscrapers of 35 stories or more.