The fire was set in a vacant lot between two homes

Two women and a man who appear to be teenagers are suspected of intentionally setting a fire near homes in Santa Monica, and police are hoping surveillance video will help them catch the trio.

A fire broke out in a vacant lot between two homes shortly before 2 p.m. June 24 in the 600 block of 11th Street, Santa Monica Police Sgt. Richard Lewis said in a news release Thursday.

Investigators determined the blaze was arson.

Multiple surveillance cameras in the area captured a trio of young people “running from where the fire started,” Lewis said. 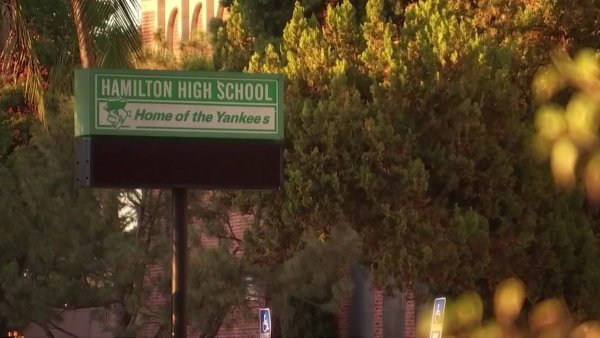 One of them is described as a white or Latino male with a thin build, wearing black-framed glasses and carrying a red and yellow skateboard. He was walking with two white or Latina females with medium builds, and brown and dark brown hair.

All three, pictured at right, are believed to be in their late teens.