Five of the six protesters arrested during a third night of protests in the name of Breonna Taylor -- the Black woman fatally shot by Louisville, Kentucky police in a botched drug raid in March -- have been cited and released, a sheriff's watch sergeant said Saturday.

The sixth protester remains in custody on a separate charge that could not be cited out, according to a watch sergeant at the Los Angeles County Sheriff's Department's West Hollywood station. The sergeant did not immediately know what the charge was.

Meanwhile, a new video emerged Saturday that appeared to show a deputy striking a suspect on the ankles multiple times with a riot shield while the suspect was face-down on the ground and not resisting arrest. The watch sergeant told City News Service that he knew nothing about the video, but the Los Angeles Times cited a department spokesman who said the department was aware of the video, and that an investigation was being conducted into the use of force during Friday night's arrests.

Meanwhile, more Southland demonstrations in Taylor's name were planned or held this weekend, including a Saturday morning march in Hollywood, a candlelight vigil planned for 6 p.m. Saturday at the Sherman Oaks Galleria on Ventura and Sepulveda boulevards, and an 11 a.m. rally Sunday in La Canada Flintridge, at the intersection of Angeles Crest Highway and Foothill Boulevard.

At 7 p.m. Friday, demonstrators had gathered at William S. Hart Park in West Hollywood, located at 8341 De Longpre Ave., near Sunset Boulevard. About 50 marchers were spotted going northbound on La Cienega Boulevard to join the rally shortly after 8 p.m. 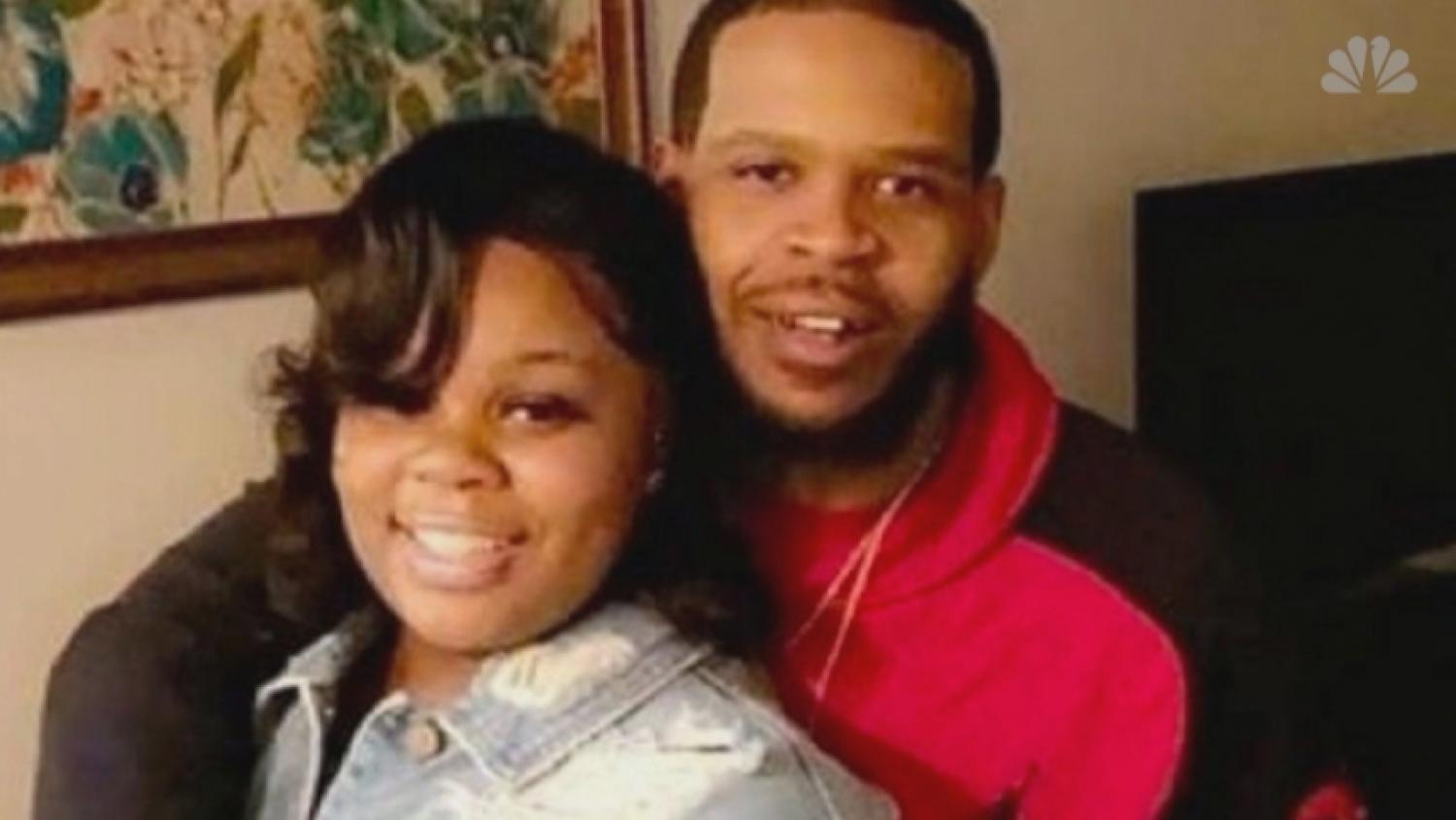 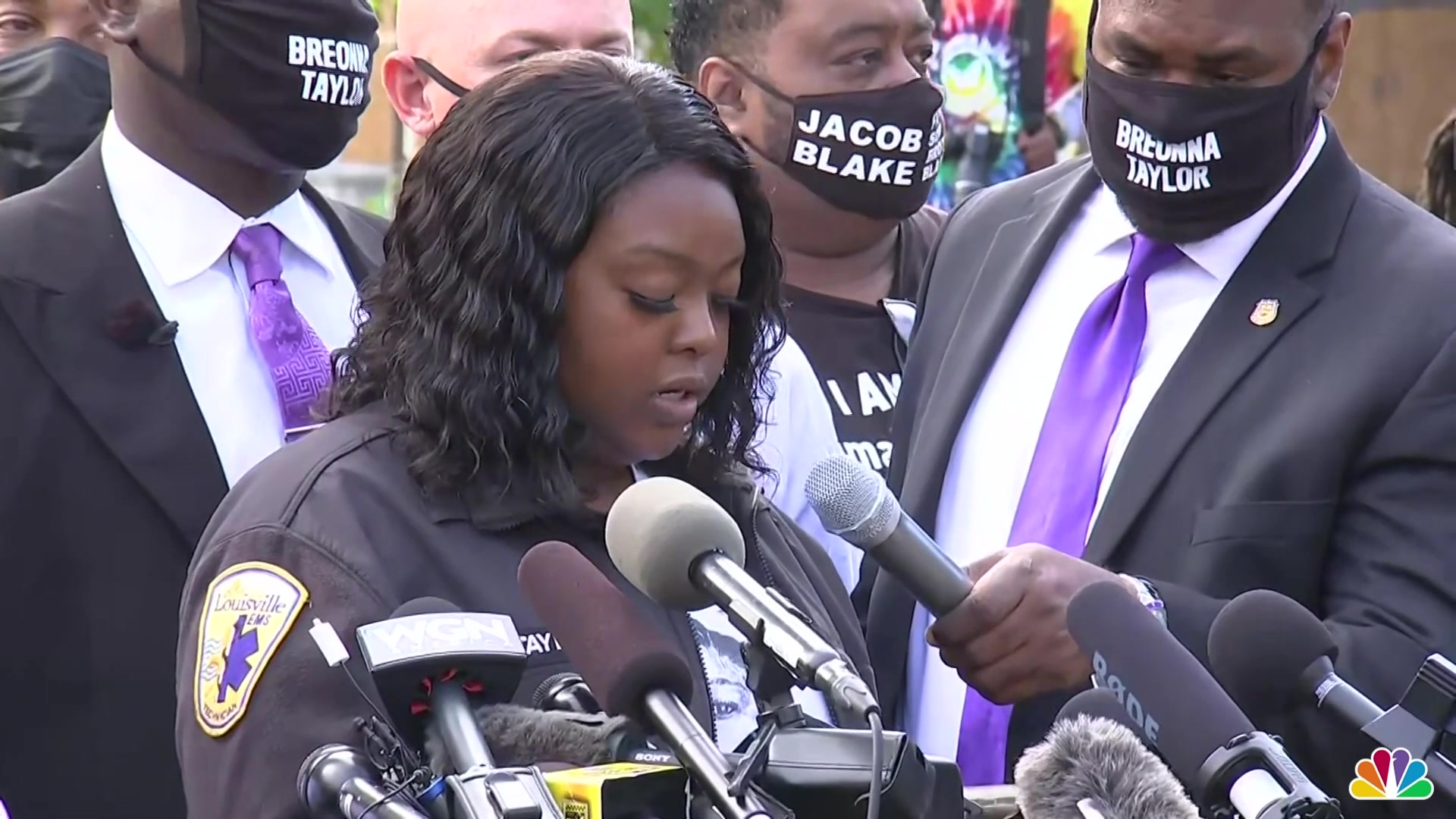 In anticipation of the protest, the intersections of Sunset Boulevard and Doheny Drive and Sunset and Hayvenhurst Drive were ordered closed from 5 p.m. Friday through Saturday morning by the Sheriff's West Hollywood Station, according to the station's watch commander.

"Several acts of vandalism took place, at which point an unlawful assembly was declared and an order to disperse was issued to the protesters," Sgt. Jennifer Roth said. ``After the order was given, two pickup trucks were seen driving recklessly on Sunset Boulevard with multiple subjects hanging out of the truck beds. Both vehicles then blocked traffic taking over the street on Sunset Boulevard, near San Vicente Boulevard.

"Deputies approached and detained approximately 10 adults. Six adults were subsequently arrested," she continued. "The charges included reckless driving, unsecured passengers in a truck bed, taking over the streets, battery on a peace officer, lynching, resisting/obstructing deputies, and failure to disperse."

California Penal Code 405a PC defines lynching as "a person who participates in the taking by means of a riot of another person from the lawful custody of a peace officer," according to the California state Legislature.

One of the pickup trucks was black and FoxLA reported it was similar to one involved in an incident Thursday night in Hollywood.

The driver of a white Prius tried to get around the protest as it moved down Sunset Boulevard, near Vine Street, and became surrounded by protesters, some of whom allegedly struck and damaged the car.

The driver of a black pickup police believe was involved in the protest followed the Prius for about a block and "forced the Prius to come to a stop," police said. The Prius reversed and hit a green Ford Mustang.

Police allege the occupants of the Mustang and the pickup began striking the Prius, and tried to "extract the driver of the Prius from his vehicle" before he drove off. No injuries were reported.

Officers later pulled the Prius driver over and he cooperated with their investigation.

Protests have occurred every night in the Los Angeles area since Wednesday's announcement that a Jefferson County grand jury was not recommending charges for the officers who killed Taylor.

The 26-year-old emergency medical worker was fatally shot in her apartment early on March 13 by officers executing a search warrant, according to Kentucky Attorney General Daniel Cameron.

A no-knock warrant had been issued in the case. It was connected to a suspect who did not live there and no drugs were found inside.

Earlier this week, the city of Louisville approved a $12 million settlement with Taylor's family.

Taylor's boyfriend, Kenneth Walker, who was at the home during the after-midnight raid, said he believed an intruder had entered and he fired shots at police, leading them to return fire and mortally wound Taylor.

Detective Brett Hankison was indicted on three counts of wanton endangerment over the shots fired into the neighboring apartment, a Class D felony. He was fired by the LMPD on June 23.

No other charges were filed in the case.

"Breonna Taylor was sleeping when police raided her apartment and killed her. She deserves justice. Breonna -- and all Black Americans -- deserve a system of policing that prioritizes justice and dignity over fear and bigotry, so a tragedy like this never happens again," Rep. Adam Schiff, D-Burbank, tweeted Thursday.

Black Lives Matter founder and Executive Director Patrisse Cullors, who is based in Los Angeles, said she was ``completely mortified that our criminal justice system has failed Breonna Taylor, her family and friends, and frankly, it has failed our country."

"We are going to continue the work that we have started in the name of Breonna Taylor and countless Black lives cut short at the hands of police brutality, systemic racism, and white supremacy,'' Cullors said.

More Los Angeles-area protests decrying the Breonna Taylor case are scheduled for Saturday and Sunday. These include: