Authorities noted that due to the coronavirus pandemic, cooling centers will be limited in capacity and restrictions will be in place, such as requiring face coverings.

Thousands of people across Los Angeles County were without electricity Saturday amid a record-breaking heat wave, as both Southern California Edison and the Los Angeles Department of Water and Power reported scattered outages, and the California Independent System Operator called a Stage 2 Emergency.

The action, expected to last through 11 p.m. was terminated at 8:35 p.m., according to Southern California Edison spokesman Ron Gales. "No rotating outages tonight,'' he said.

SCE was experiencing most of the larger problems as of 4:30 p.m., with 122 total outages affecting more than 21,200 customers, Gales said. That included 1,752 customers in Alhambra, 1,429 customers in an unincorporated area near Calabasas, 833 customers in Long Beach, 4,413 in Monterey Park and about 2,300 in unincorporated Los Angeles County, according to Edison. 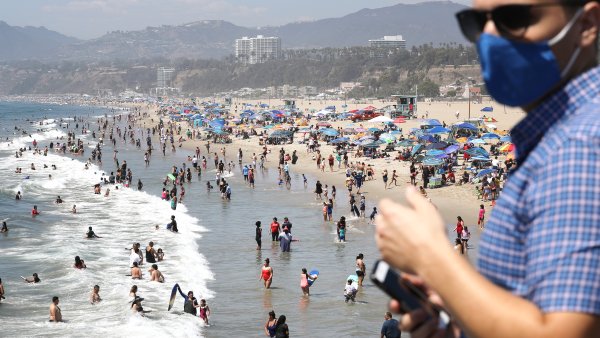 List: Where to Find Cooling Centers in This Awful Heat

The DWP reported about 14,000 customers were without power in its service area, with the most affected neighborhoods at 6 p.m. including Baldwin Hills/Crenshaw, Sun Valley, El Sereno, Reseda and Mid-City, according to the DWP's Dawn Cotterell. "If you are one of them, be assured our crews are responding and working to restore your power.''

Just after 10 p.m., the DWP announced it had restored power to 5,000 customers and that it was adding new crews at midnight to continue working on getting everyone else back up and running. A spokesperson estimated that could take anywhere from four to 12 hours.

Glendale Water & Power has not had to institute a rolling blackout strategy yet, but overloaded transformers shut off the lights for customers on the 500 block of Hill Drive. By about 10 p.m., crews had restored power.

Meanwhile, the CAISO issued a Stage 2 warning for Saturday and the period between 3 p.m. and 9 p.m. Sunday and Monday. "Based on the current energy forecast, CAISO anticipates rotating outages throughout the state are possible (Sunday) between 4 p.m. and 9 p.m,'' according to a CAISO statement.

A Stage 2 Emergency means "the CA ISO has taken all mitigating actions and is no longer able to provide its expected energy requirements. A Stage 2 warning requires ISO intervention in the market, such as ordering power plants online,'' according to the agency's website.

"SCE has crews at the ready as we know the high temperatures this weekend can strain the system particularly during peak times in the afternoon and evening hours," Gales said. "Our focus right now is on safely delivering reliable power to our customers through this weekend's extreme weather event and, if directed, implement CAISO directed rotating outages to avoid broader system disturbances.''

Southern California was experiencing a historic heat wave this weekend, with forecasters predicting temperatures near all-time records in some areas. Woodland Hills broke its all-time record with a temperature of 118 on Saturday, according to the National Weather Service.

Cooling centers will be open throughout the weekend in Los Angeles and Orange counties. They can be found at https://ready.lacounty.gov/heat/, and www.211oc.org/resource-centers/extreme-heat-cooling-centers.html.

Authorities noted that due to the coronavirus pandemic, cooling centers will be limited in capacity and restrictions will be in place, such as requiring face coverings.