Organizers said Saturday morning that the announcement “strengthens our resolve for unity in calling for Trump to conceded and to abide by the will of the people and fulfill his duty for a peaceful transition of power.”

The results are still not official, but multiple media outlets reported that Biden would win Pennsylvania's 20 electoral votes, putting the Democratic ticket over the 2-hundred-70 needed to win the presidency.

The coalition of labor unions and advocacy groups that had planned a protest march against what they called Trump's premature victory declaration said the announcement of a Biden victory only strengthened their resolve to press Trump to accept the results of the voting and concede defeat.

Several marches and rallies were planned to culminate at Pershing Square shortly before noon in a ‘mass march” to Los Angeles City Hall.

By noon, thousands of people had gathered downtown. Officer Norma Eisenman of the Los Angeles Police Department's Media Relations Section had no estimate of the crowd, and said there had been no reports of any violence as of 12:25 p.m. “And let's hope it stays that way,” she said.

Organizers said participants are required to remain nonviolent and all attendees must wear a mask and follow local COVID-19 public health orders and social distancing guidelines.

The event will be held rain or shine, the organizers said.

Biden was declared the winner of the presidential election by multiple media outlets at around 8:30 a.m. PST after reports surfaced that he would win Pennsylvania's 20 electoral votes, putting him over the 270 needed to win the presidency.

Organizers said Saturday morning that the announcement “strengthens our resolve for unity in calling for Trump to conceded and to abide by the will of the people and fulfill his duty for a peaceful transition of power.”

Biden issued a statement shortly afterward declaring victory. “I am honored and humbled by the trust the American people have placed in me and in Vice President-elect Harris. In the face of unprecedented obstacles, a record number of Americans voted. Proving once again, that democracy beats deep in the heart of America,'' he said.

“With the campaign over, it's time to put the anger and the harsh rhetoric behind us and come together as a nation. It's time for America to unite. And to heal. We are the United States of America. And there's nothing we can't do, if we do it together.”

Biden also scheduled an address to the nation for 5 p.m. PST from Wilmington, Delaware, where he was expected to be joined by his running mate, California Sen. Kamala Harris.

“With new leadership, comes hope and possibility of real change. We owe this victory to our Black and Latino brothers and sisters -- our friends, our family and our community -- those who showed up to vote, and those most affected by this pandemic who continue to build this country, despite the lack of social and economic opportunity, those who have everything to lose -- they delivered us to the finish line.”

Harris also acknowledged the moment, tweeting: “This election is about so much more than @JoeBiden or me. It's about the soul of America and our willingness to fight for it. We have a lot of work ahead of us. Let's get started.''

She tweeted a video moments later showing her on phone call with Biden, saying through laughter, “We did it, we did it, Joe. You're going to be the next president of the United States.”

An hour before Biden was declared the winner, Trump issued an all-caps tweet that said, “I WON THIS ELECTION, BY A LOT!” That followed an earlier tweet from the president that “Tens of thousands of votes were illegally received after 8 P.M. on Tuesday, Election Day, totally and easily changing the results in Pennsylvania and certain other razor thin states. As a separate matter, hundreds of thousands of Votes were illegally not allowed to be OBSERVED…”

Trump himself issued the following statement Saturday, according to NBC News: “The simple fact is this election is far from over. Joe Biden has not been certified as the winner of any states, let alone any of the highly contested states headed for mandatory recounts, or states where our campaign has valid and legitimate legal challenges that could determine the ultimate victor. Beginning Monday, our campaign will start prosecuting our case in court to ensure election laws are fully upheld and the rightful winner is seated.” 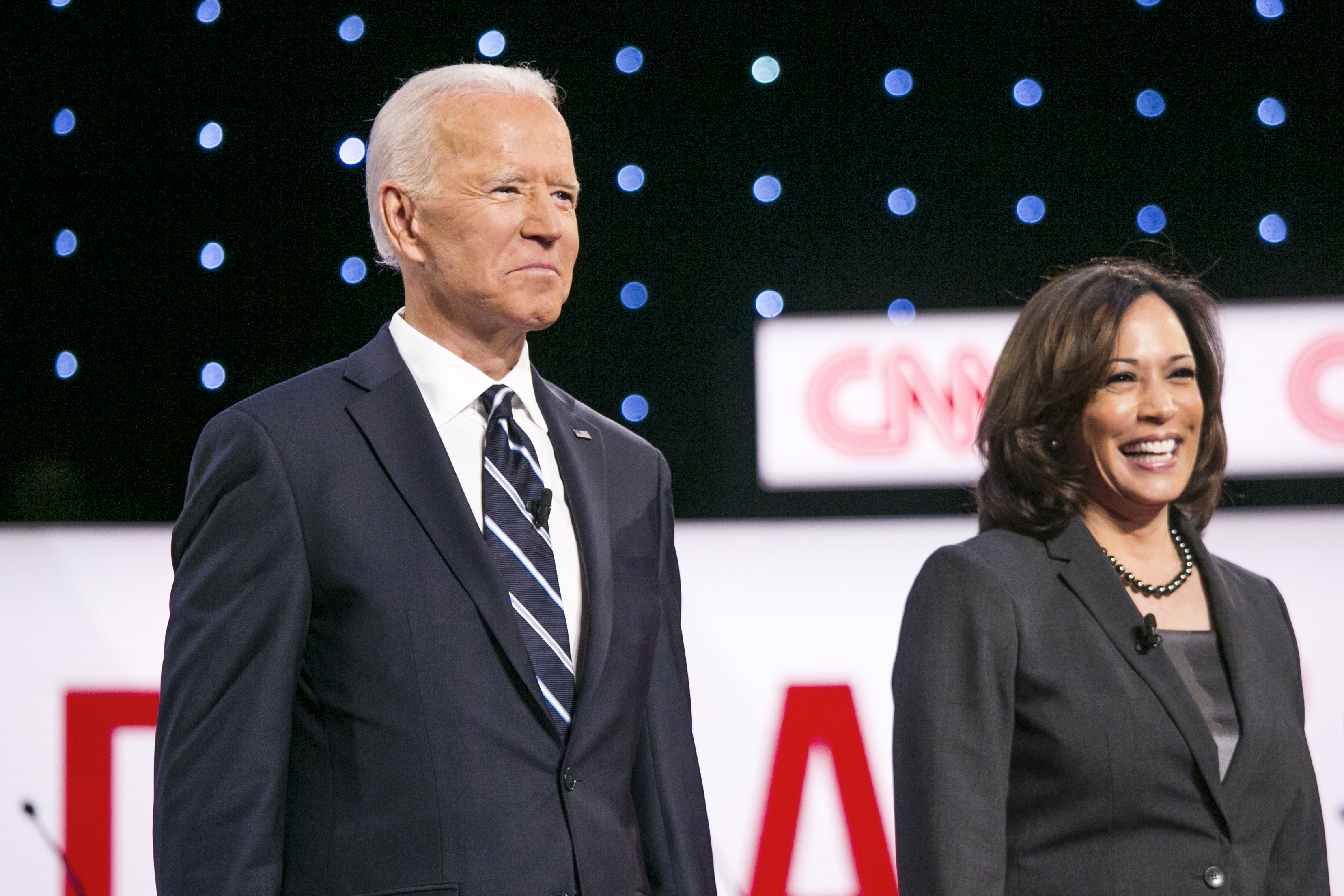 World Leaders Take to Twitter to React to Biden's Win The coalition members planning Saturday's events said they will “lead a mass action with basic principles that should have long been our standard for all economic and social policy: we care for ourselves, we care for others and everyone counts. It is time ... to stand united, not only to defend but strengthen our democracy by advancing justice and inclusion.”

Los Angeles Police Officer Drake Madison told City News Service that officers will take the same action they always do during protests, which is to “hope for the best, but plan for the worst.”

On Thursday, the LAPD on social media posted a picture of a hammer and a crowbar that were recovered during recent protests.

“We'd expect to find these items on a construction site, or in a garage, not on the streets of Los Angeles following protest activities,” LAPD stated on Twitter. “We will always strive to facilitate peaceful protests, but that means those participating must leave metal crowbars and hammers at home.”