A heat advisory will be in effect from 10 a.m. Friday to 9 p.m. Monday for Los Angeles County mountains, excluding the Santa Monica range.

The California Independent System Operator (CAISO), which manages the state's power grid, issued a statewide grid Friday, warning notice due to loss of resources and fire threat to the transmission system and is encouraging conservation.

CAISO has called for another statewide Flex Alert for Monday from 4 p.m. to 9 p.m. to avoid a possible shortage of energy as extreme heat in California and a growing wildfire in Southern Oregon threatens transmission lines continue to strain the state's electric grid.

More triple-digit weather will bake parts of SoCal into the weekend, with the Antelope Valley and Santa Clarita Valley likely to bear the brunt of the high-pressure system and the state urging energy conservation to prevent outages.

An excessive heat warning will be in effect in the Antelope Valley through 9 p.m. Monday.

The excessive heat warning could potentially be extended to the Santa Clarita Valley, depending on how the high-pressure system unfolds.

A heat advisory will be in effect from 10 a.m. Friday to 9 p.m. Monday for Los Angeles County mountains, excluding the Santa Monica range. Forecasters said lower elevations could see temperatures of up to 106 degrees.

The baby seal was born on June 17 at Aquarium Umitamago in Japan.

A continuing onshore flow will keep temperatures cooler along the coast. Fear of wildfires always accompanies heat waves. Humidity levels could drop into the teens in the mountains and interior areas. And gusting winds are likely in the afternoons, particularly in the Antelope Valley.

The California Independent System Operator, which manages the state's power grid, has declared a Flex Alert -- a call for voluntary conservation in hopes of reducing strain on the system and preventing outages -- that will be in effect from 4 to 9 p.m. Friday.

Cal-ISO officials urged residents to set their thermostats to 78 degrees or higher during the alert, avoid using major appliances and turn off all unnecessary lights.

Residents should also consider pre-cooling their homes before the alert takes effect and use window coverings to keep rooms cool.

Being water-wise doesn’t have to crimp your lifestyle— in fact, conserving water can be easy with small changes to your everyday routine. Here are five easy ways to cut back on your water use during a drought.

Cal-ISO also issued a “restricted maintenance operation” for Saturday, calling on power suppliers to defer planned maintenance that would impact electrical supply. While the weather is expected to be hot, forecasters said temperatures will likely remain just shy of daily-record levels, which are in the 110- 115 range, and “certainly short of all-time records which are in the 113-117 range.”

The high-pressure system is expected to weaken early next week, but it will still be warmer than usual. Triple-digit temperatures are expected throughout next week in the Antelope Valley.

A county heat alert will be in effect Saturday and Sunday in the western San Gabriel Valley and eastern San Fernando Valley. County officials said residents without air conditioning at home can take advantage of cooling centers, with information on locations available here. 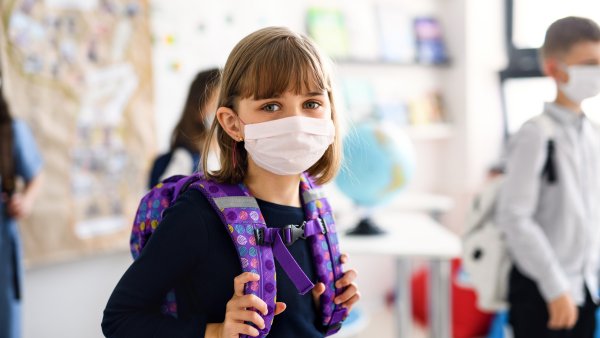 CDC Says No Masks For Vaccinated Teachers and Students, But LAUSD Requires Them