The event was originally slated to take place Oct. 6, but postponed after Trump contracted the coronavirus.

The fundraiser consisted of Trump participating in a roundtable discussion with supporters, then making a speech, according to the White House. It was closed to reporters, like many high-priced fundraisers conducted by presidents of both parties.

Invitations for the fundraiser show tickets ranging from $2,800 for individual admission to $150,000 for a couple to attend and take a photo with the president. Ric Grenell, Trump's former acting director of national intelligence, was also slated to attend the event. 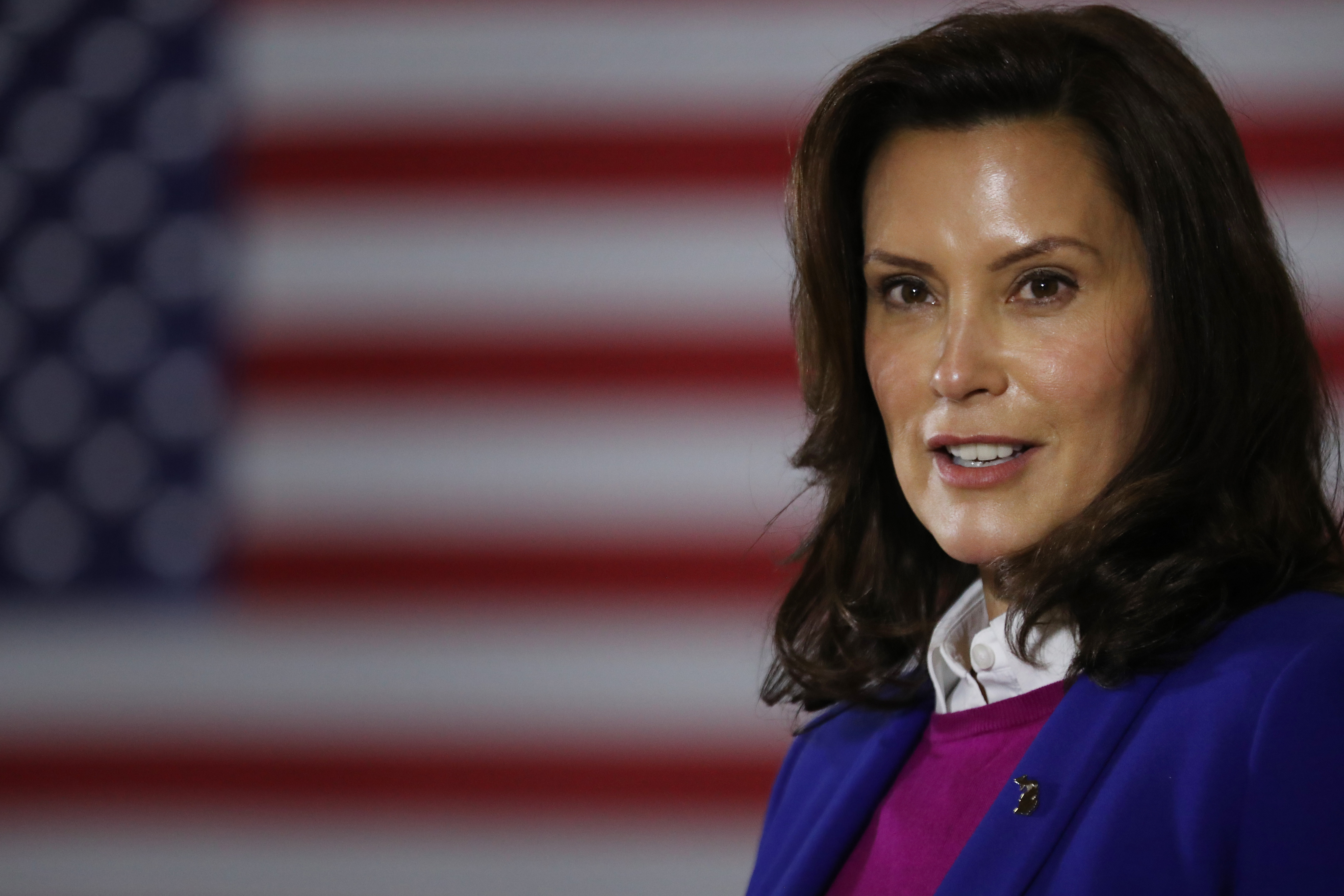 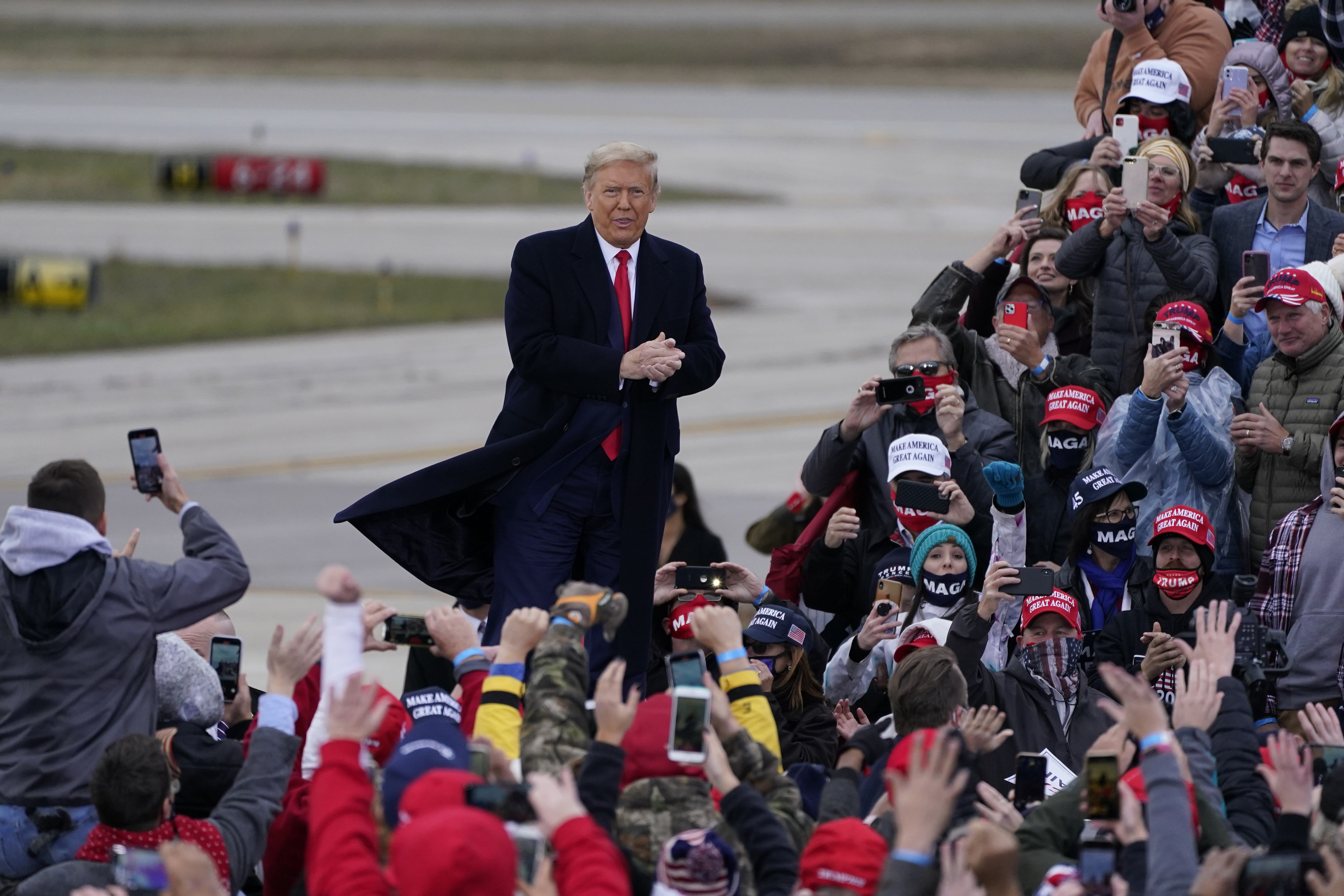 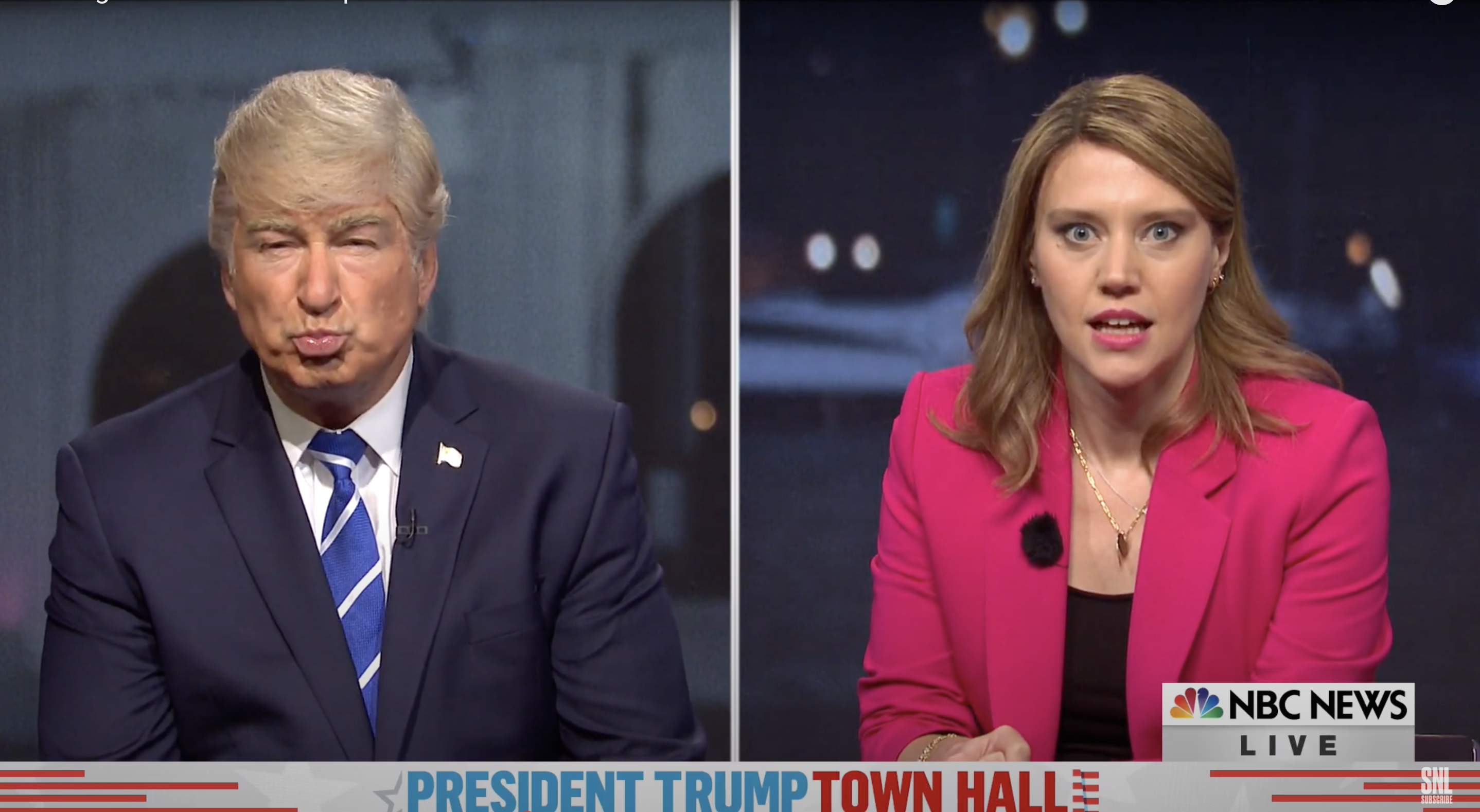 The $2,800 figure comes from the donation limit for an individual in a presidential general election campaign. The higher ticket prices are legal because the money goes to the Republican National Committee and Republican state parties in battleground states.

Some changed "USA" as the motorcade passed.

The motorcade passed a half-dozen Biden supporters holding a sign that read, "Honk if you vote Democrat."

Outside of Luckey's mansion, scores of people shouted disparaging comments about the news media to reporters covering the event, with several men yelling, "Fake news!"

A man called out: "Where's Hunter!" and other yelled "The computer is real" -- a reference to New York Post stories that an email showed Hunter Biden introduced his father, who was vice president at the time, to a top executive at Burisma, a Ukrainian energy firm whose board he sat on.

In response to a question from CBS News on Friday, the elder Biden said he had "no response" to the story, calling it "another smear campaign.

Before Air Force One's arrival, hundreds of people had lined Via Lido in Newport Beach awaiting Trump's arrival at the fundraiser, The Orange County Register reported.

Most of the people interviewed by The Register told the paper they were there to get Trump's help to stop the conflict between Azerbaijan and Armenia over the disputed Nagorno-Karabakh territory in the Caucasus Mountains.

A small group of Black Lives Matter demonstrators faced off with some of the Trump supporters, but no violence was reported.

President Donald Trump announced a new plan to help seniors get a coronavirus vaccine, when available, in senior care facilities while Democratic nominee for president Joe Biden warned voters that the Trump administration was trying to take away the Affordable Care Act.

The event was originally slated to take place Oct. 6, but postponed after Trump contracted the coronavirus. The president says he no longer feels ill and his doctors have cleared him for public appearances.

However, some experts have expressed concern about him holding in-person events just two weeks after being released from Walter Reed Medical Center and continue to discourage any large public gatherings.

The 28-year-old Luckey has donated $405,600 to Trump's campaign this cycle, The Orange County Register reported, citing Federal Election Commission records. And he's donated more than $1.7 million this cycle, with much of the rest of those funds going to Republican committees and candidates, including Michelle Steel and Young Kim, who are both trying to unseat Orange County Democratic members of Congress.

Luckey is a Long Beach native who was 19 when he co-founded the Oculus Rift virtual-reality system in Irvine. His company sold for an estimated $3 billion to Facebook in 2014.