No officers were injured during the incident, according to Officer Mike Lopez of the Los Angeles Police Department's Media Relations Section.

At least one Los Angeles police officer fired at a group of people suspected of shooting toward pedestrians in Exposition Park, where an investigation continued Sunday.

No officers were injured during the incident, according to Officer Mike Lopez of the Los Angeles Police Department's Media Relations Section.

Officers were on patrol near Jefferson Boulevard and Budlong Avenue at 11:30 p.m. Saturday when someone in a  gray sedan with multiple people inside fired shots toward at least two pedestrians in the street, according to Officer D. Ortiz of the LAPD Operations Center.

“At least one individual ran from the car,” said Lopez, adding that two handguns were recovered -- one in the gray sedan and one in the area of the gunfire exchange.

As the suspects fled, officers set up a perimeter and called for back up officers from several other LAPD stations, an LAPD watch commander from 77th Station confirmed.

That quickly led police to an It's Boba Time bubble tea spot at Vermont Avenue and 36th Place, where officers believed at least one suspect had barricaded themselves inside, Ortiz said.

Video posted to the social media app Citizen showed police escorting several people -- who had apparently been taken hostage -- to safety from the restaurant.

At 11:54 p.m. Saturday,  a spokesperson for USC, which is about two minutes from the scene, said there was no risk to students who live nearby. 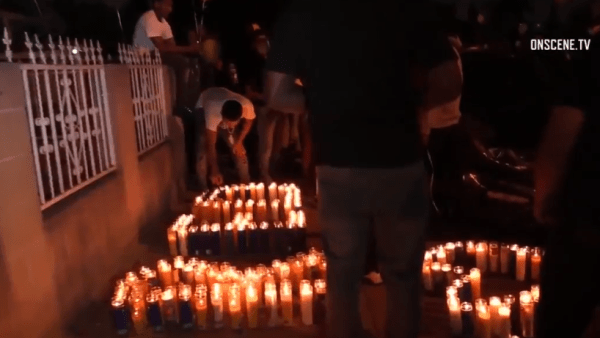 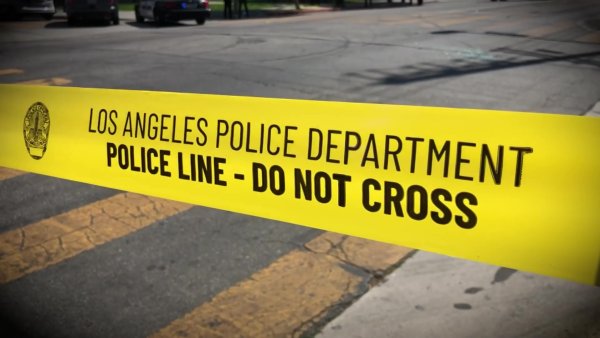 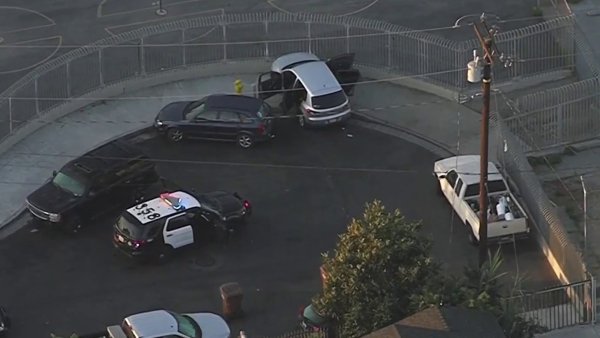 “No immediate threat exists,” the spokesperson said. “If you reside within this area, please stay inside and report any suspicious activity to (the university's Department of Public Safety).”

However, school officials cautioned those living outside the area to stay away.

An LAPD media officer was sent to the area and was gathering information as of 2 a.m., Ortiz said.

But as of 5 a.m., it remained unclear how many, if any, of the shooting suspects had been taken into custody.

Police activity continued in the area of 30th Street and Budlong Avenue, as well as Walton Avenue and Jefferson Boulevard, USC officials said at 5:19 a.m.