“Our bus network is the heart of our system, and Angelenos deserve to move around their city in state-of-the-art facilities," Los Angeles Mayor and Metro Board Chair Eric Garcetti said.

County transportation officials opened a renovated Union Station Patsaouras Bus Plaza on Sunday, which will make for easier and safer access to the Metro J Line (Metro Silver Line) and other Metro and Foothill Transit lines.

The $51-million transit project is a “vast improvement” compared to the existing bus stop at the terminus of the El Monte Busway on Alameda Street, Los Angeles County Metropolitan Transportation Authority officials said.

“Our bus network is the heart of our system, and Angelenos deserve to move around their city in state-of-the-art facilities," Los Angeles Mayor and Metro Board Chair Eric Garcetti said. “The new Patsaouras Bus Plaza station builds on our historic investments in public transit by making it easier and more enjoyable for riders to switch between lines at Union Station -- transforming our most popular transit hub into a model of convenience and sustainability.”

The plaza includes improved way finding signage and a shorter walk that no longer includes crossing El Monte Busway traffic lanes to reach Union Station.
Riders have had to backtrack from the edge of the Union Station property to reach their Metro, Metrolink, Amtrak and other municipally operated bus and rail services.

A main feature of the plaza is a new pedestrian bridge that directly connects the bus way station to Patsaouras Plaza. California artist Ned Kahn's design for the 750-foot-long Wind Bridge utilizes hinged perforated stainless- steel panels that move with the wind and reveal subtle, rippling patterns of light and shade.

Lighting at night will reveal patterns as silhouettes against illuminated surfaces inside the bridge.

Metro has identified projects totaling $123 million in its current budget for an array of important bus improvements. Specific to Union Station, this plan includes the new, recently opened bus pavilion at the corner of Caesar Chavez and Vignes Street to better accommodate the large number of riders who board and exit buses at this intersection.

“We are making a number of major investments in our bus system to greatly improve our customers' transit experience,” Metro CEO Phillip Washington said. “These improvements will help bring our bus system into the 21st century and will live well beyond COVID-19.”

The plaza's construction started in early 2017. Station work was halted temporarily in 2018 to mitigate archaeological and Native American artifacts discovered at the site, according to Metro. 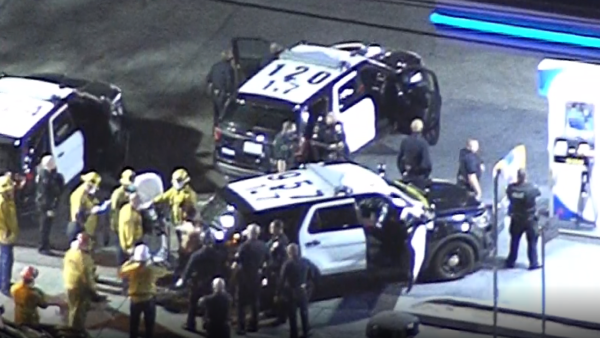 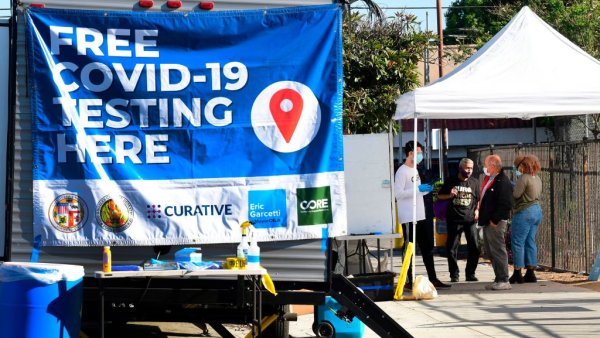 The Metro J Line is operated with a fleet of dedicated NABI Metro "CompoBus" vehicles. Each 45-foot bus is powered by compressed natural gas, and Metro plans to transition the J Line to zero-emission electric buses by the end of 2021.

The J Line provides express service for faster travel between San Pedro, Downtown LA and El Monte. Prior to the COVID-19 pandemic in February 2020, there were more than 19,000 average weekday boardings on the bus line.

More information about the project or other planned Metro Bus improvements are at www.metro.net.