Members of the powerful United Teachers Los Angeles union voted overwhelmingly this week to demand three conditions before returning to class, including vaccinations of all teachers and staff and a further reduction of the county's rate of new COVID-19 infections.

Gov. Gavin Newsom signed a $6.6 billion legislative package Friday that offers incentives for schools to resume in-person instruction for students up to second grade by April 1 and provides funds to help recoup learning lost during the COVID-19 pandemic, possibly by extending the school year.

But when Los Angeles Unified School District campuses will reopen for students remains unclear. Members of the powerful United Teachers Los Angeles union voted overwhelmingly this week to demand three conditions before returning to class, including vaccinations of all teachers and staff and a further reduction of the county's rate of new COVID-19 infections.

Newsom signed the school-reopening legislation in a Zoom ceremony attended by a host of legislative and education leaders. He pointed to achievements being made in the fight against the virus, including the now 2.1% testing-positivity rate in the state, and the newly surpassed milestone of 10 million vaccinations administered, “more than all but five nations in the world.” 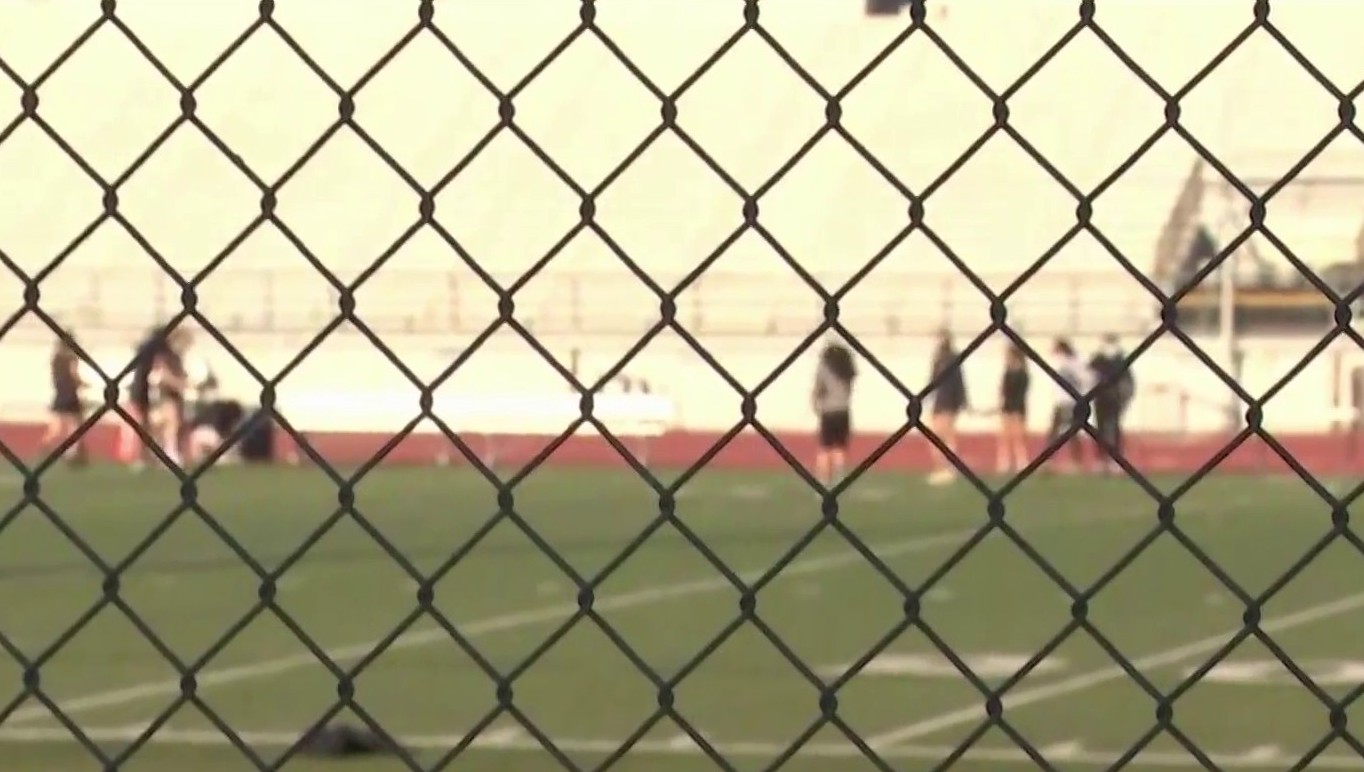 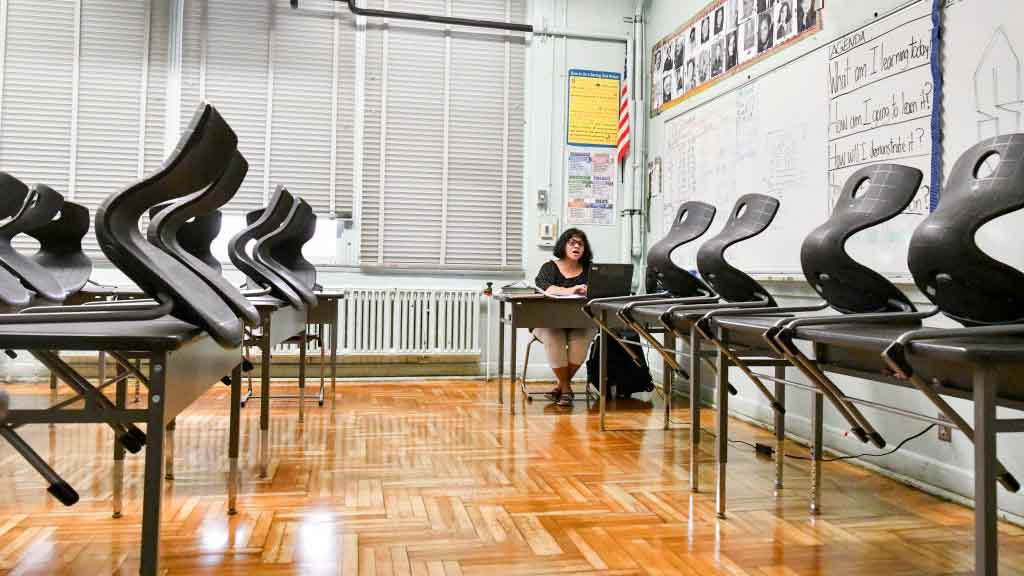 “To be where we are today, a week or so away, or less than a week away, with many more counties moving into less restrictive tiers, this is the right time to sign this bill,” Newsom said. “It's the right time to safely reopen in-person instruction in our schools, focusing on those cohorts that are most impacted by this pandemic.”

The legislation creates a $2 billion incentive pool, with money doled out to schools that reopen campuses for students in pre-kindergarten through second grade, as well as high-need students of all ages. The money will go toward safety improvements, such as ventilation systems and protective equipment.

The proposal does not order schools to reopen, but those that fail to do so by April 1 will lose 1% of their share of the funds for everyday they miss the deadline.

The money will be available to schools in counties that have an average daily new COVID-19 case rate of less than 25 per 100,000 residents, which covers the vast majority of the state, including all of Los Angeles County.

Under state guidelines, schools in counties that meet the 25 cases per 100,000 residents threshold are authorized -- but not required -- to resume in-person classes for students in pre-kindergarten through sixth grade.

Under the new legislation, schools in counties that advance out of the most restrictive “purple” tier of the state's four-level “Blueprint for a Safer Economy” and into the less-restrictive “red” tier  would be required to open all elementary grades and at least one middle or high school grade to qualify for the incentive funds.

Los Angeles and Orange counties could both move into the “red” tier by late March by meeting the required case rate of no more than seven new daily COVID-19 cases per 100,000 residents.

The legislative package signed by Newsom includes another $4.6 billion in general funding for all schools to help districts make up for learning time lost during the pandemic, possibly by extending the school year into the summer.

Along with vaccines, the teachers' union wants to see lower infection rates before educators return to the classroom. Beverly White reported on NBC4 News on Monday, March 1, 2021.

LAUSD Superintendent Austin Beutner previously set a target date of April 9 for reopening elementary schools for in-person instruction, but the UTLA union has not agreed to that date, which it says is subject to labor talks.

The union is demanding that all teachers and school staff be vaccinated before they return to in-person instruction. It also does not want campuses to reopen until Los Angeles County moves out of the “purple” tier.

Union officials argue that while the countywide transmission rate has dropped below the 25 per 100,000 residents threshold, many neighborhoods the LAUSD serves are lower-income, and have rates that are three times as high as more affluent communities.

UTLA's members approved a statement of opposition to reopening campuses, saying in-person instruction cannot resume until the county is in the “red” tier; all school staff returning to in-person work “are either fully vaccinated or provided access to full vaccination” and safety measures are in place at schools such as protective equipment, social distancing, ventilation and “a cleaning regimen.”

According to union President Cecily Myart-Cruz, 24,850 UTLA members cast ballots, and 91% of them supported the union's demands.

“That's powerful,” she said. “UTLA members have voted overwhelmingly to resist a premature and unsafe physical return to school sites.”

All of UTLA's demands, however, could potentially be met by the end of March or early April. The county's average daily rate of new COVID-19 cases dropped to 7.2 per 100,000 residents this week, and barring a sudden surge, will likely meet the threshold to move into the “red” tier of the state economic-recovery matrix by next week. The county will have to maintain the low case rate for at least two weeks to actually advance into the “red” tier.

The state, meanwhile, has allotted 25,000 vaccine doses to the LAUSD -- the amount Beutner has said would be needed to vaccinate the staff needed to reopen elementary schools. Teachers became eligible for vaccines this week, and the district is operating a large-scale vaccine site dedicated to school workers at SoFi Stadium in Inglewood.

“This plan will allow us to complete during the next two weeks the vaccinations for school staff who are already working at school sites, staff who are working with our youngest learners and those working with students with learning differences and disabilities,” Beutner said Monday.

Beutner has previously touted the safety modifications already in place at schools, including state-of-the-art ventilation systems.

Newsom has insisted that vaccinations should not be a prerequisite for schools to reopen. But he has ordered that 10% of all doses received by the state, a minimum of 75,000 doses per week, be set aside for teachers and school staff.

LAUSD is among the districts with an approved safety plan, meaning it is cleared to reopen as soon as an agreement is reached with teachers.

“This is a key moment, but we cannot rest until every child is back in school and every child has the educational assistance they need to put this pandemic in the past,” Assembly Speaker Anthony Rendon, D-Lakewood, said during Friday morning's bill-signing with the governor. “That will be our ultimate graduation.”