Homeless encampments on Ocean Front Walk in Venice have grown during the coronavirus pandemic and become a political flashpoint.

An initiative begins Monday to offer a voluntary path to permanent housing for all people living in encampments along Ocean Front Walk in Venice.

St. Joseph Center outreach teams are scheduled to offer housing, shelter and services to the people who live in the boardwalk encampments, which have grown amid the COVID-19 pandemic. Those who do not accept housing would have to leave the area by a certain date, Bonin's office said, but it was not clear how that would be enforced. 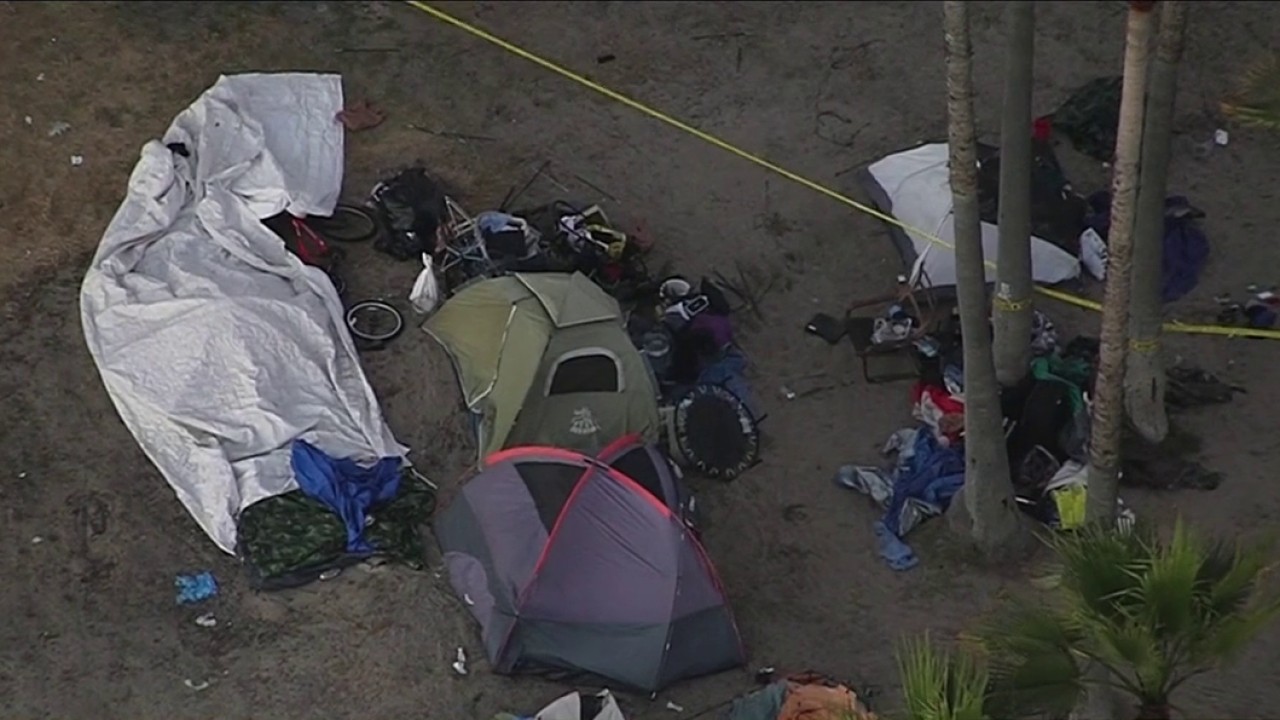 Suspect Arrested in Killing of Man at Venice Homeless Encampment 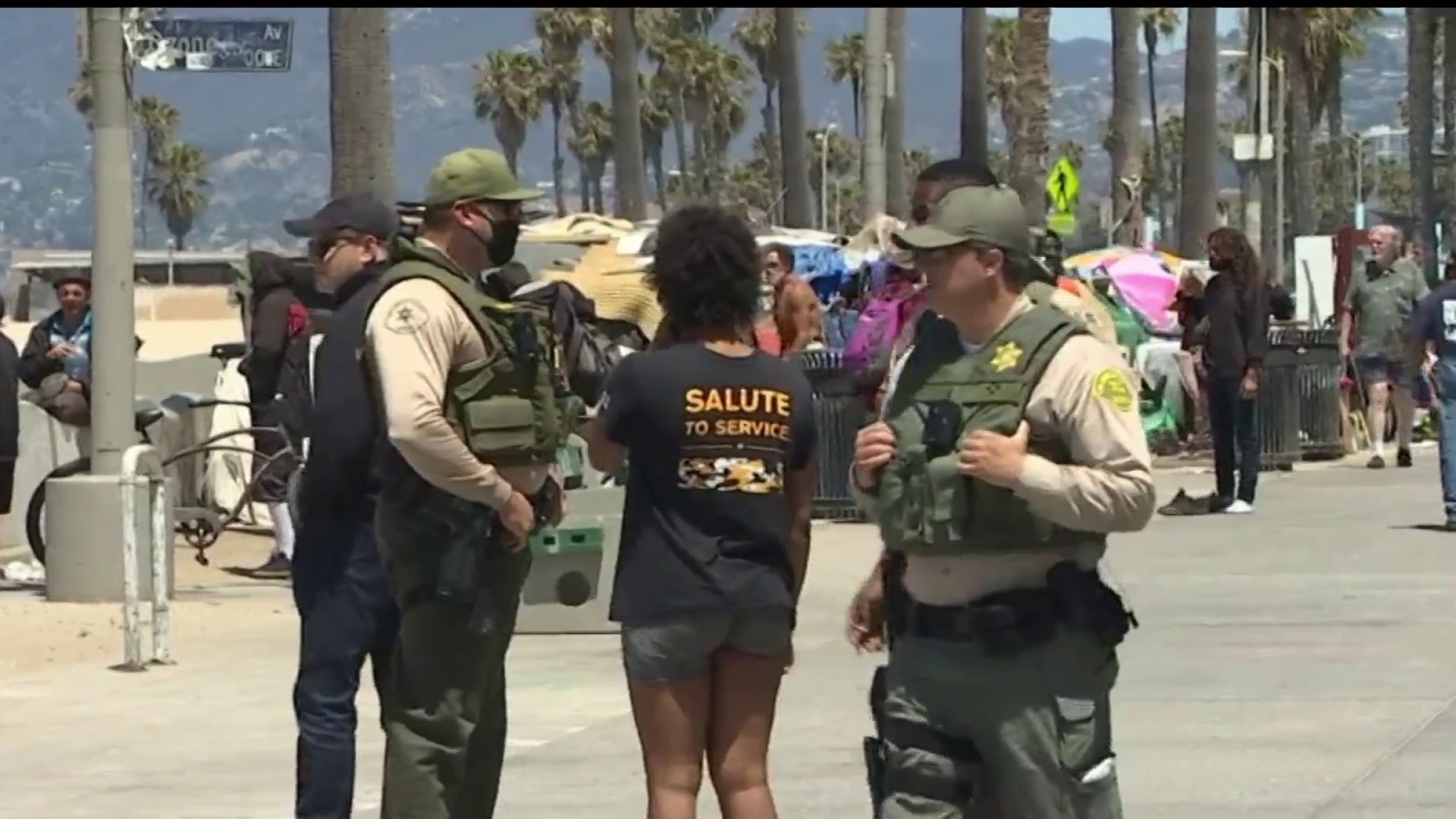 "We're launching a major effort to confront the homelessness crisis at Venice Beach, address the safety needs of the housed and the unhoused, and fully reopen the park and beach for general public use. How? We're offering housing, not handcuffs,'' Councilman Mike Bonin tweeted in the initiative's announcement last week.

Outcry about the homelessness crisis in the area has been a factor in a recall effort launched against Bonin last week.

Some residents say they appreciate the sheriff's move to do something which they believe has been lacking from their local elected officials. John Cádiz Klemack reports for the NBC4 News on Wednesday, June 9, 2021.

The Los Angeles City Council was scheduled to vote last week on an initial $5 million to fund the initiative, but the vote was delayed until after July 1, when the new fiscal year begins. The delay did not push back Bonin's timeline for offering services to the encampment residents, as St. Joseph Center has the resources to begin, he said.

Aside from the $5 million for interim housing, funds for permanent housing will come from resources already available, according to Bonin's office. The motion would also instruct the city administrative officer and the chief legislative analyst to report on the likely total cost of the program.

Over the six-week period, as people are given housing and leave the encampments, the Bureau of Sanitation will clean the area. Bonin said in his email to constituents that his office -- with assistance from Mayor Eric Garcetti, Councilman Mark Ridley-Thomas and county Supervisor Sheila Kuehl -- identified permanent housing options including Project Homekey, shared housing and permanent housing vouchers.

"It is a similar process to what we've used in the past, at the handball courts, for instance, or the Rose/Penmar encampment last year,'' Molnar told City News Service. "The end goal is to lead with the resources, offer housing to every unhoused individual on the boardwalk and free up those spaces in the park for
public use and enjoyment.''

Bonin said that it may take time to place the unhoused Venice residents into the permanent housing options, particularly through the voucher program, as the city must identify willing landlords and available units.

The councilman contrasted his approach to that taken by the Los Angeles County Sheriff's Department, which has sent deputies to Venice in an effort to clear the encampments.

"The `Venice Beach Encampment to Home' program will not be led by law enforcement, nor driven by threats of arrest or incarceration. We will offer what works: housing, with counseling, or mental health services, substance abuse recovery services, and anything else needed to successfully transition people into housing,'' Bonin said.

Sheriff Alex Villanueva held a news conference Wednesday to criticize the responses of Bonin, the city and the county to the homelessness crisis. He said it was his department's responsibility to ``preserve peace,'' per California Government Code 26600, and if the city of Los Angeles is not regulating its public spaces and preserving the peace, the sheriff's department must step in.

Villanueva added that the city ``handcuffed the LAPD,'' preventing its officers from using enforcement to prevent people from camping on the beach and sidewalk, which he argued was more humane than letting people die on the street.

Bonin responded to the sheriff's claims by saying, ``Sheriff Villanueva and I are very different. I believe in treating people humanely and with dignity, whether they are housed or unhoused. I believe everyone have a right to housing, food and health care, and I applaud those who provide it. And I believe (and evidence shows) that the best, most effective, least expensive way to end homelessness is with housing, not with handcuffs.''

Lt. Geff Deedrick, who leads the sheriff's Homeless Services Team, said deputies will not stand in the way of the St. Joseph Center's outreach in Venice.

"We've worked with them on many projects throughout the county and we will support them here. The sheriff was also clear to me, do not undermine anything going on there,'' Deedrick said. ``If we were somewhere and an outreach worker is connecting and they don't want our presence, we're OK to stand back.''

Bonin added that the Los Angeles Police Department is aware and supportive of the program but is not involved in the rehousing effort.

Venice Stakeholders Association President Mark Ryavec, who has been vocally opposed to Bonin's handling of the homelessness crisis, called the plan "tragically many years late and ultimately worthless unless (Bonin) allows the LAPD and Rec and Parks to strictly enforce the city's law against camping and tents in any beach park after the homeless are placed in shelter.''