Linda Deutsch, whose decades-long tenure as an Associated Press courts reporter made her a witness to some of the most sensational trials in U.S. history, is ending a career that saw her report Charles Manson's murder conviction, O.J. Simpson's acquittal and countless other verdicts involving the famous and the infamous.

Deutsch, who wraps up a 48-year career with the AP on Monday, was a young general assignment reporter in 1969 when she was thrust onto the court beat. A rag-tag band of young hippies, influenced by a petty criminal who had reinvented himself as their guru, broke into two upscale Los Angeles homes on successive nights and killed seven people, including actress Sharon Tate.

When Manson and his followers went on trial, Deutsch was sent to an LA courtroom to back up a veteran AP reporter. The trial became a huge story, with Manson's followers carving Nazi swastikas into their foreheads and disrupting the courtroom with chanting and singing. At one point, Manson himself leaped over a defense table and tried to stab the judge with a pencil.

The Hello Kitty Cafe Truck Is Rolling Into the LA Area 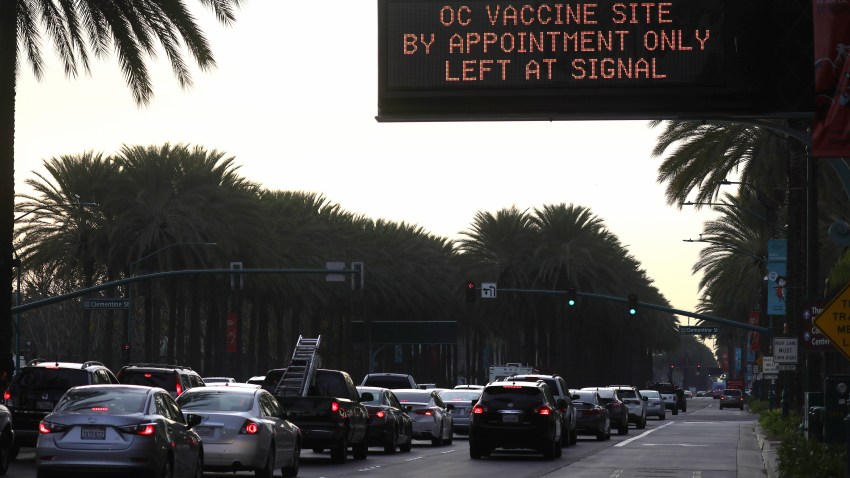 "I thought, 'Oh, this is really something. I didn't know trials are like this,'" Deutsch recalled recently.
By the time Manson and his followers were convicted, Deutsch was the AP's trials expert. She would eventually earn the title "special correspondent" as she traveled the country reporting on the most prominent court cases of the day - everything from the 1976 trial of newspaper heiress and kidnap-victim-turned-bank-robber Patty Hearst to the negligence trial of the captain of the tanker Exxon Valdez, which caused one of the worst oil spills in U.S. history.

After Michael Jackson was acquitted of molesting a teenage fan, he called Deutsch for an exclusive interview. When the "Night Stalker," Richard Ramirez, was sentenced to death for a series of murders that terrorized Los Angeles in the mid-1980s, Deutsch was the first reporter out of a packed courtroom, running down a hallway to corral a handful of jurors who told her the survivors' testimony of being raped and witnessing murders had given them nightmares for months.

"She's just extremely ethical, extremely professional and very, very honest," said high-profile defense attorney Thomas Mesereau, who watched Deutsch work as he successfully defended Jackson on the child molestation charge and actor Robert Blake on a murder charge. "If she tells you something is off the record you can bet your life that it is. She also has a great belief in the importance of her profession as an honorable, valuable institution in society."

Deutsch had been covering trials for 25 years when the public finally a put a face with the veteran AP reporter's byline. After one of America's most beloved sports stars, O.J. Simpson, was charged with killing his wife and her friend, Judge Lance Ito made her the pool reporter during jury selection. She went on to appear on television every day to summarize what had transpired.

Then, after the yearlong trial ended, Simpson tracked her down while she was vacationing and called to give his side of the story. It was the first of many conversations over the next 13 years that would lead to exclusive interviews with the fallen football hero.

After retiring from AP, Deutsch, 71, plans to write a memoir recapping those moments and others in her life.

"For five decades, she bore witness to some of the most sensational trials in U.S. history. She cherished her role as the public's eyes and ears at these events, and never wavered in her commitment to accurate and objective reporting."

She was also a barrier-breaking pioneer. When Deutsch joined the AP's Los Angeles bureau, she was its only woman.

"She persevered and her work has inspired countless journalists, male and female," Carl said.
It was just last month that her final AP exclusive came when she broke news that Manson, now 80 and serving a life sentence, is planning to marry a 26-year-old follower.

"It's as if everything has come full circle," she said, shaking her head. "Somebody said there's a dark symmetry in there."