The fire was caught on video during the busiest time of year for illegal dumping of trash--Mother's Day week.

It was all caught by a surveillance camera in the darkness of night: a woman walks up to a large pile of trash illegally dumped on an LA sidewalk, she leans into the garbage heap and within seconds you can see flames.

The woman flees the scene in a waiting van and the trash pile erupts into a ball of fire, next to parked cars and not far from where people are living.

"It's so scary, I'm so afraid of the fire danger from illegally dumped trash," said Estela Lopez, who represents businesses in the area of the fire, near LA's Flower District, where illegal dumping is an everyday occurrence.

"A lot of people do live in this area, whether they're sheltered or unsheltered, and they're in danger," Lopez told NBC4.

The fire was caught on video during the busiest time of year for illegal dumping of trash -- Mother's Day week. A lot of the trash appears to be flower waste, from the booming flower trade during that week. 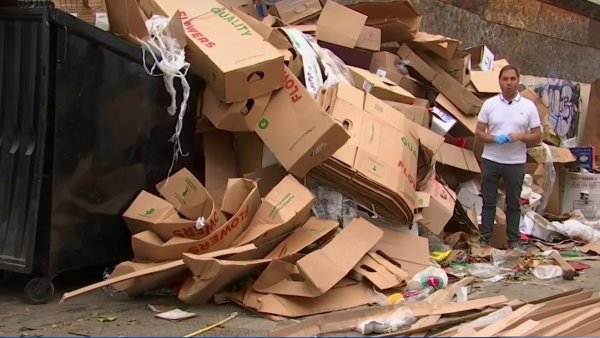 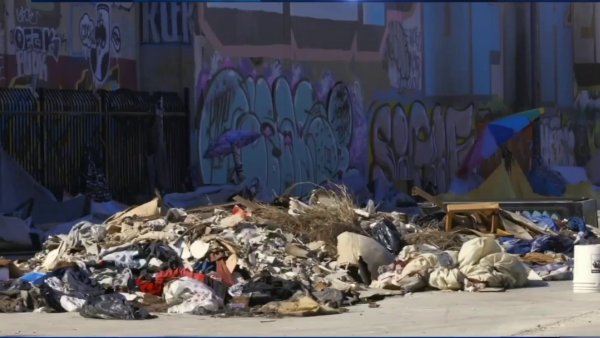 LA Mayor Eric Garcetti promised two years ago to set up a network of surveillance cameras to catch illegal dumpers, but the city installed just 19 new cameras--that's only one camera for every 21 square miles.

So the NBC4 I-Team set up its own surveillance cameras before Mother's Day week, and easily caught a motherlode of illegal dumpers, tossing heaps of garbage onto city property.

LA City Controller Ron Galperin has suggested the sanitation department set up more cameras -- like the I-Team did -- so it can catch and prosecute those who illegally dump waste onto public streets and spaces.

A safety issue, like when that woman--caught on surveillance video--apparently set fire to that trash pile on a sidewalk, which was in the Flower District.

The surveillance video shows that an LA Sanitation official drove up and witnessed the flames, but didn't open an investigation into possible arson, even though there was a camera owned by a business recording potential evidence. The LAPD and LAFD also told NBC4 they too aren't investigating.