LAPD sex crimes detectives said crystal clear surveillance video of an apparent rape attempt in Van Nuys should help them find a man accused of attacking at least one homeless woman as she slept.

The attack happened around 3 a.m. on Sept. 15 as the woman slept in a doorway of a business in the 6200 block of Sepulveda Boulevard in Van Nuys.

“She was sound asleep under a fully lit canopy,” LAPD Detective Jeff Briscoe said. “It’s a pretty brazen attack and it’s likely he’s done it before, and most likely will do it again.” 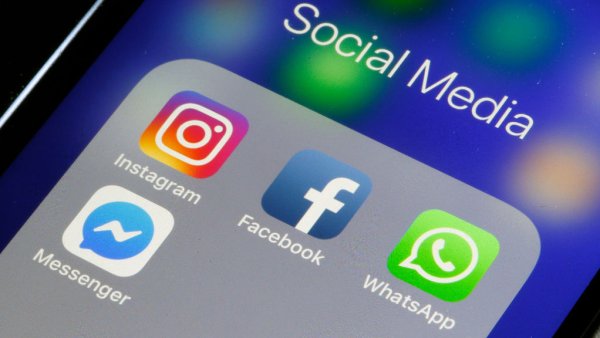 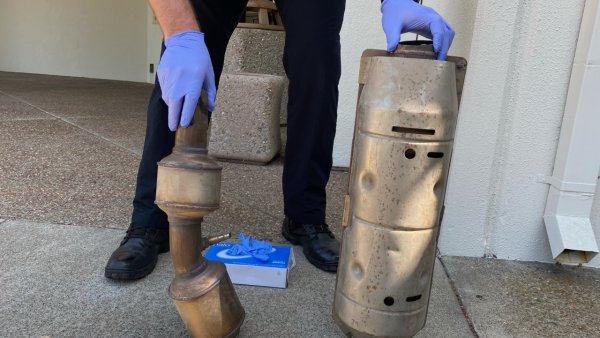 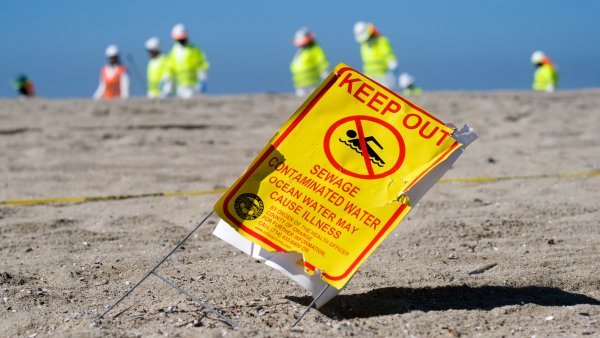 The video shows the woman in a sleeping bag when a man approaches and then squats down beside her. He's described as being Armenian or Latino, in his 20s with tattoos on his left arm and a specific Christian cross tattoo on his neck, wearing a beige t-shirt and black pants with clean, white Nike shoes. As he reaches to touch her, she appears startled and tries to push him away. Realizing what happens, she fumbles for a cell phone in her sleeping bag to call 911.

LAPD says the video shows the man step back, watch her try to find her phone, and then drops his pants, revealing his genitals. They believe he targeted the woman at her most vulnerable.

As she tried to fight him off, the man appears to try to kiss her, at one point forcing her left hand onto his penis – all the while she continues to kick and push and eventually tried to hit him with a plastic bucket.

“She does her best and to her avail she was able to fend off the attack,” Det. Briscoe said, but adds that the video shows the man return nine minutes later for another attempt.

“This time he’s removed his shoes and his pants,” Briscoe said. "And he again exposes himself and attempts to have an unwanted sexual encounter with the victim.”

“This is a vulnerable population,” he said, adding that Van Nuys Division has a reported five cases like this involving homeless people in the last year.

“Sexual assault, forced sodomy, forced oral copulation,” Capt. Hearn said. "We work closely with the council to get people housed and into a safe environment.”

Additional surveillance video shows that after the second encounter, the man appears to chase the woman up and down Sepulveda Boulevard before hiding on the property of a nearby motel. By the time police arrived that morning, though, he was gone. They say they also are able to see the dark-colored sedan the man was driving that morning, but not enough to get a license plate read.

Detectives say the case almost didn’t even get this far – initially filed as a sexual battery case with little information on the suspect – until their detectives dug deeper and discovered the existing surveillance video.

“Someone’s going to know him,” Briscoe said, hoping that by sharing the video someone will recognize the attacker.

“We believe this man is employed and hopefully a coworker or supervisor or someone will know who he is and tell us,” he said.

Anyone with information is asked to contact the lead detective on the case directly: Det. Leslie Brenner of the Van Nuys Division Sexual Assault Investigation Unit at 818-374-0009. If an arrest leads to a conviction, the man could face rape charges. Under California law both attempted rape and rape itself have the same prison time.

As for the victim, police say they are attempting to locate her to help her get into safe housing. They believe she left the area in fear but has been spotted between Van Nuys and Long Beach.