The Civilian Oversight Commission has challenged the sheriff over deputy shootings, the arrest of a local reporter covering a protest and an alleged gang within the department.

Los Angeles County Sheriff Alex Villanueva blasted the public officials who have called on him to resign Wednesday, vowing to stay on the job and calling the criticism directed at him by members of the county's Board of Supervisors and others divisive, politically motivated and "downright un-American."

In his weekly question-and-answer session on Facebook, the sheriff insisted that his direct supervisor is the state's Attorney General's Office, not the Civilian Oversight Commission, which has challenged the sheriff over several issues including deputy shootings, the arrest of a local reporter covering a protest and an alleged gang within the department. 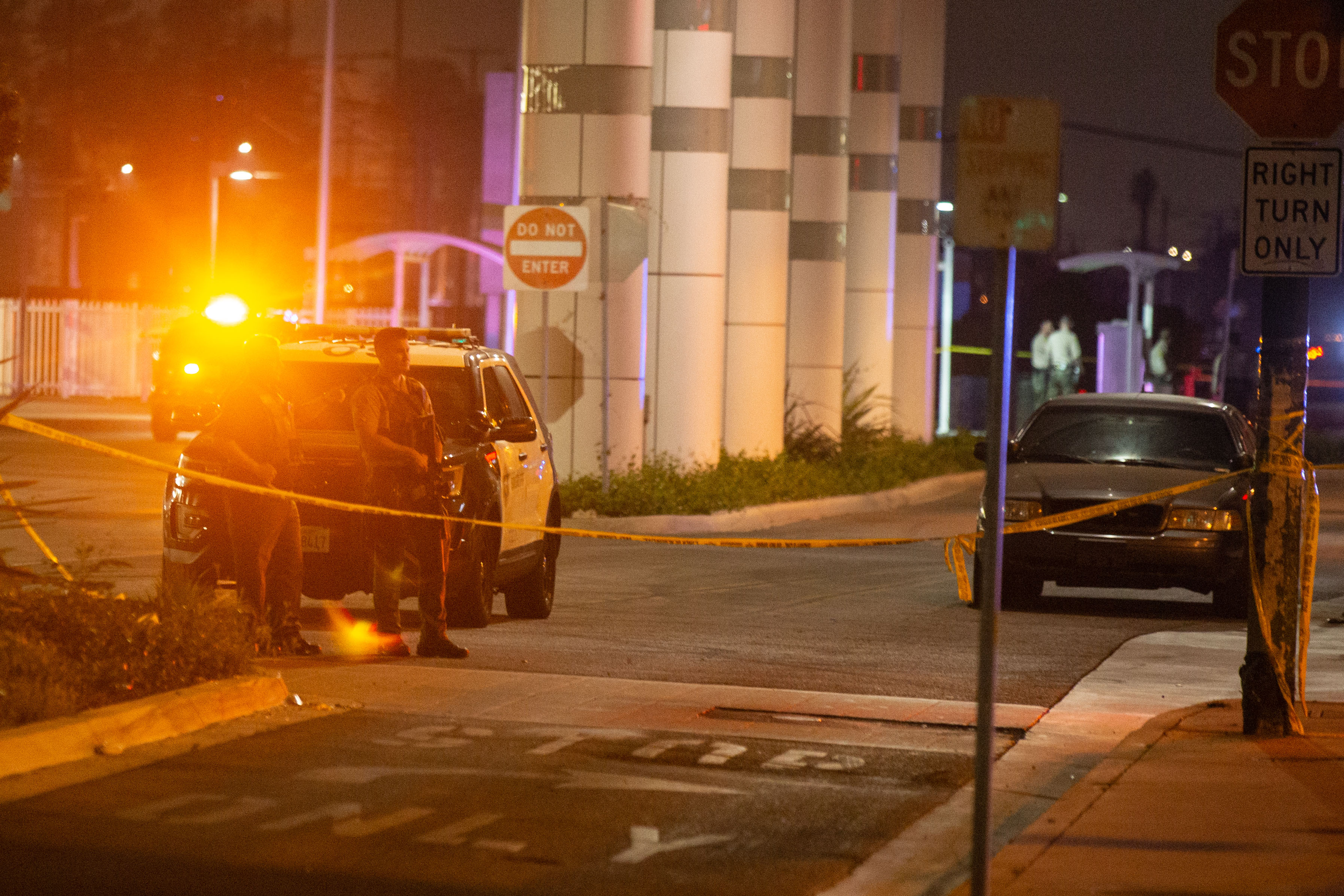 "Somehow they're deluded themselves into believing they could create a political entity know as the Civilian Oversight Commission, and somehow I all of a sudden became subordinate to the Oversight Commission, and they could subpoena me at will and I'm supposed to sit there and be lectured by the Oversight Commission and somehow that public shaming venture somehow honors the state constitution and honors the role of the sheriff as an independent elected official, and honors the separation of powers between the legislative and executive branch. Of course it doesn't - this is a political entity created by the board for the sole purpose of waging a proxy war against me."

Villanueva further argued that he would honor any legal subpoena, but he insisted that county officials have overstepped their bounds.

"The Commission knows that, the Board of Supervisors knows that, yet somehow they play ignorant and claim that we're not complying when they don't get one of those things. Well, they're not entitled to get something that's required by law to be withheld."

Last Thursday, Civilian Oversight Commission member Robert Bonner, a former federal prosecutor and head of the Drug Enforcement Administration, was the first to call on Villanueva to step down during a commission meeting Thursday.

"Like the members of the Civilian Oversight Commission, I remain troubled by the Sheriff's conduct and the way he has interfered with advancing reform and enhancing accountability," Ridley-Thomas said in a statement.

Kuehl said Villanueva costs the county millions of dollars in claims of excessive force by members of the department.

"He is really a rogue sheriff," Kuehl said. "It is really important for this sheriff to understand that his behavior, his violation of any of the common rules that govern a law enforcement agency, is the greatest threat to public safety."

Both supervisors have been critical of Villanueva in the past.

On Wednesday, the sheriff hit back, painting his critics as obsessed with pursuing a personal and political vendetta against him.

"For those who are calling for my resignation, you're going to be disappointed," he said. "…You need to start looking at what you're doing, how are you serving your community? If you think you're going to throw rocks at me as sheriff or the sheriff's department or the profession of law enforcement to somehow advance something, no, you're not doing anything … You're only serving yourself, you're serving a narrow agenda (that) has nothing to do with keeping the community safe, getting the community together. …You're driving people apart, you're doing it for profit, for ideological motives that does not advance the cause of peace and safety in our society, and it's just downright un-American.

"So if you find yourself in one of those groups -- and as elected officials, you're part of that group, you know who you are, you need to knock it off."

On other issues, the sheriff said the department was on track for a scheduled October roll out of body-warn cameras for deputies at stations in Lakewood, Industry, Century, West Hollywood and Lancaster. Training for the cameras is being conducted at the LASD station, with officials testing upload speeds and checking network capabilities, he said.

On the issue of COVID-19 in the county's jails, Villanueva said there were 56 inmates who are positive for COVID-19 and symptomatic, and 12 who were positive but asymptomatic.

There were 914 department personnel who have tested positive for the coronavirus, with 599 having returned to work and two hospitalized. The overall jail population was currently at 14,302 people.

Villanueva said the next Sheriff's Academy class would start in October or November, and he hoped to have two more in the current fiscal year, but that might depend on state finances.

He said applications for the next Deputy Sheriff Trainee program were open once a month at the beginning of each month, limited to the first 100 applicants. He added that beginning Jan. 1, the department was raising the minimum education standard for DSTs from a high school diploma to an associate's degree or 60 units from an approved four-year institution.