It was dubbed the Mayor's "farewell tour," a 24-hour marathon encompassing more than two dozen destinations, many of them locations Villaraigosa had visited during his first run for Mayor in 2001.

He was defeated that year, but was elected in 2005, the city's first mayor of Latino heritage since the 19th century.

Looking back, Villaraigosa notes that references to his heritage became less frequent. He takes that as sign Los Angeles "has become more comfortable with its multi-cultural heritage."

Villaraigosa smiled broadly when greeted outside the California Science Center by teens on a field trip from the Pomona Academy for Youth Success. Inside, he inspected the space shuttle Endeavour now on permanent display, a Los Angeles achievement that brings him special delight, having lobbied so enthusiastically for it.

The day also included Villaraigosa's final formal news conference as Mayor, a joint appearance with Los Angeles Police Department Chief Charlie Beck to report yet another reduction in the city's crime rate. In the eight years since Villaraigosa became mayor, serious "Part One" Crimes have dropped by nearly one-third, according to LAPD statistics.

"His legacy will be defined by the reduction in crime," Beck said, giving much of the credit to Villaraigosa's support for expanding the force to 10,000 sworn officers.

Villaraigosa's tenure will also be remembered for his efforts to expand rail transit, and improve the city's two main ports for air and sea, according to Dan Schnur, Director of USC's Jesse M Unruh Institute of Politics, speaking in a KNX radio interview. 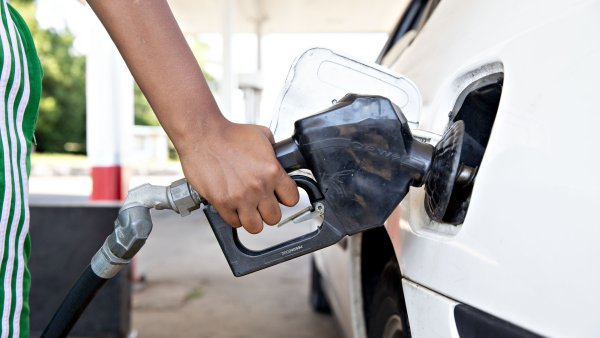 It had been widely expected after President Obama's re-election that a spot for Villaraigosa would be found in his administration, perhaps as Secretary of Transportation, but that did not happen.

During his farewell tour, Villaraigosa gave few details about his future plans, preferring instead to bask in fond memories of the past eight years.

"I'm grateful to the people who gave me this opportunity," Villaraigosa said wistfully before boarding the bus to his next destination. "I love this city."