Within 24 hours, two different water mains broke in Universal City and in Venice, sending water into the streets of both parts of LA County.

Two different water mains in Los Angeles County broke within 24 hours of each other, sending water pouring into the streets in Universal City and in Venice and closing some road lanes to traffic.

The first break, in Universal City, occurred Monday afternoon. A cast iron water main, 87 years old and installed in 1934, failed due to a "split," the Los Angeles Department of Water and Power said.

It's one of three leaks that particular water main has sprung over the past five years, according to a LADWP spokesperson.

The broken pipe sent water flooding down Cahuenga Boulevard, in a stream flowing from Oakshire Drive to Lankershim near Universal Studios.

The incident left 41 LADWP customers without service overnight, and closed Cahuenga. One southbound lane was still closed Tuesday morning, as was the sidewalk where pipe repairs were taking place, though the water had receded by that time.

The water is flowing from Oakshire to Lankershim in Universal City. Beverly White reports Nov. 1, 2021.

The flooding also threatened businesses, including the General Admission restaurant. Already facing adversity due to months of pandemic restrictions, the water main break temporarily shut down the area the restaurant uses for outdoor dining.

"It's tough right now, cause of COVID and everything," general manager for the restaurant Kamran Pourkazemi said. "We've been doing our best to get through last year, and then obviously I feel like, 'oh, there's just always something new coming up for us and our business.'"

Repairs to the water main break on Cahuenga Boulevard are ongoing, with crews working overnight to replace the portion that split. A large hole in the sidewalk was visible as crews replaced the pipe and waited for slurry trucks to fill in dirt.

The timeline for repairs in Universal City put completion of the project at 2 p.m. Tuesday.

The second break, in Venice, occurred around 2 a.m. Tuesday morning, according to the LADWP spokesperson, when a six inch cast iron pipe sprung a leak.

The water in that area was shut off around 3 a.m. Repairs are expected to take anywhere from six to eight hours, the LADWP estimates.

At least 12 services in the area are impacted by the leak and resulting lack of water, including the administration building at a nearby school. The LADWP did not specify which school was affected. 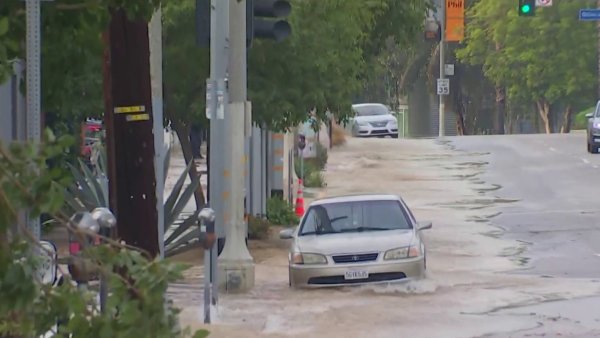 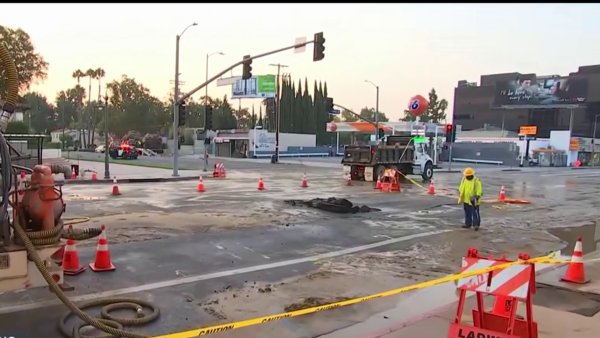 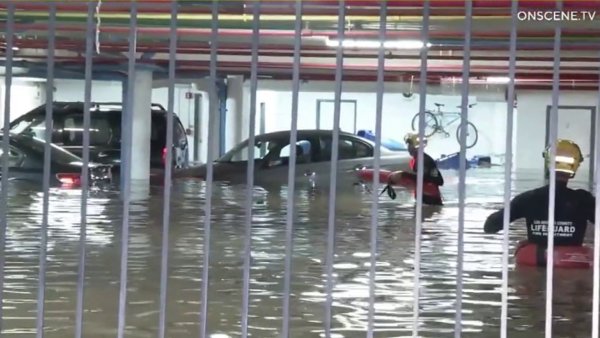 Drop off at that school will likely be impacted by the leak.

According to the LADWP, a section of the street between Broadway Street and Brooks Avenue had just one lane of traffic open in each direction.