Monique Munoz, 32, was killed in the February crash, which led to demonstrations and calls for charges against the teen driver.

The family of 32-year-old Monique Munoz was calling for justice outside the Inglewood courthouse where an unidentified teen who pleaded guilty to vehicular manslaughter charges after a fatal Lamborghini crash in West Los Angeles had a hearing.

The teen was in court for a three-day hearing called a disposition hearing. It is similar to a sentencing hearing for adults.

Munoz was killed in the crash in February 17. The Lexus sedan she was driving virtually split in half when a Lamborghini SUV slammed into her. 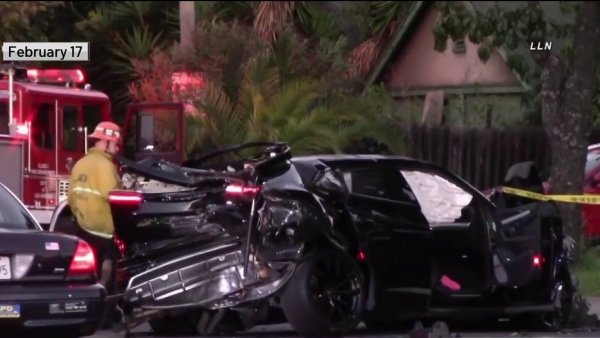 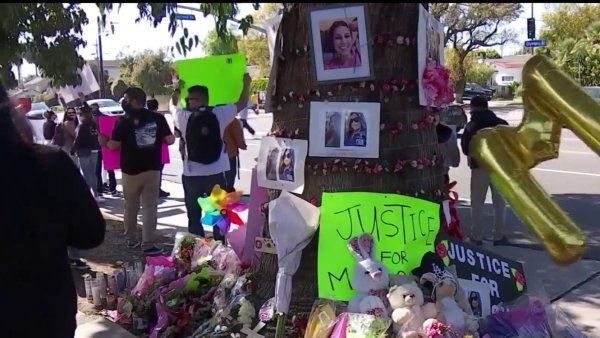 Prosecutors said the teen had been racing with a friend before the fatal crash, the LA Times reported. The SUV was traveling about 100 mph when it hit Munoz's Lexus, prosecutors said.

The teen's attorney has said the teen was extremely remorseful, and he doubted he would ever drive again, the Times reported.

The 17-year-old driver, who pleaded guilty and has been under house arrest, was in juvenile court Wednesday where he will eventually learn his fate.

His father, a wealthy local entrepreneur, has apologized.

But Munoz's relatives say the defendant, whose name is not being released due to his age, is getting special treatment because of the family's status, and that he should have been tried as an adult.

"I just feel we've had to fight for her from the very beginning, to have charges filed to keep the case visible and just be sure there's justice served," Stephanie Crespin, the victim's cousin, said.

Thursday the defense will present its side with Friday reserved for victim impact statements.

"We're never going to feel whole. There's no sentence that can make us feel whole," she said.