Rain is expected to arrive overnight, likely starting in earnest around midnight. The heaviest rainfall will take place Tuesday morning.

Pull out the umbrellas, rainboots and coats -- Southern California is going to see a big winter storm, with rain starting Monday night and continuing to drench the region for all of Tuesday.

It could be the biggest storm of the season for our area, and it's expected to dump anywhere from 1 inch to 3 inches of rain over SoCal when the brunt of the storm hits the area.

The northwest part of the U.S. saw this storm over the weekend, with rain falling in northern California on Sunday morning.

By Monday morning, the Bay Area was already getting drenched, as an already powerful storm system hooked up with an atmospheric river.

The weather system will reach Southern California on Monday night. There may be a chance for some light showers throughout the day as clouds increase, but things will mainly stay dry until later.

Rain is expected to arrive overnight, likely starting in earnest around midnight, with the heaviest rain falling on Ventura County.

The most intense rain will likely occur around 7 a.m. on Tuesday, over Los Angeles County. There may be street flooding and slick road conditions during the Tuesday morning commute.

The storm system is cold and powerful on its own, but will become more intense after hooking up with an atmospheric river. Clouds will increase throughout the day, with rain starting to fall Monday night and getting heavier Tuesday morning. Belen De Leon has the forecast for Dec. 13, 2021.

Moderate to heavy rainfall will be focused over Orange County and the Inland Empire around 9 a.m. Tuesday, and showers will continue into the afternoon, tapering off into the evening.

Waves of moisture will move inland through the afternoon, as the snow level drops in the mountains from 7,000 feet at the start of the storm to 4,000 going into the evening.

The rain will wrap up around Tuesday night, with lingering mountain snow showers.

The combination of the already-existing storm with the atmospheric river is why SoCal will see so much moisture, and why the rainfall will be so intense, according to NBC4 meteorologist Belen De Leon.

"Now, this system, it's a cold one, it's a powerful one in and of itself," she said. "But it is hooking up with some tropical moisture, an atmospheric river."

That means our region could get anywhere from one to three inches in urban areas, and anywhere from three to six inches of moisture in the foothills and mountains.

With all the snow falling in the mountains and the lowering snow level throughout Tuesday, we could see snow accumulation from between one and three feet above 7,000 feet altitude.

Around 4,000 feet, expect to see between one and three inches of snow. It's also possible that the grapevine will see up to two inches of snow, though it's not yet clear whether that snow will stick.

Starting Monday, winds will increase in the deserts, peaking in the afternoon. A high wind warning and wind advisory are in effect for the deserts, the coasts and the San Fernando Valley until Tuesday at 1 p.m.

Tuesday's storm might be the biggest we see in our region this season, and the water will start to arrive Monday night. Until then, we'll have dry weather. Shanna Mendiola has the forecast for Dec. 12, 2021

The winds may down some trees in the region, and high profile vehicles should beware while travelling on freeways while the winds make driving more challenging.

Tie down any loose objects that might become debris, and consider adding extra security to Christmas and holiday decorations.

A Winter Storm Warning is in effect in the area mountains from 11 p.m. Monday night until 8 p.m. on Tuesday.

Due to icy winds, with gusts up to 65 mph, and blowing snow, travel to the mountains should be avoided on Tuesday if possible.

Much of the region is under a flood watch as of Monday afternoon, with debris flows possible near any burn scars from recent wildfires.

In urban areas and on roadways, it's likely the rain will come down hard and fast enough to cause some flooding, especially after the heaviest rain falls and as lighter showers become possible on Tuesday afternoon.

A Flash Flood Warning has been issued for the Alisal burn scar region in Santa Barbara County, where the heaviest rain will fall pre-dawn on Tuesday. 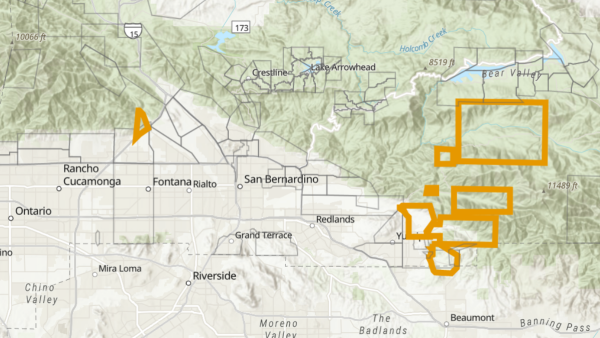 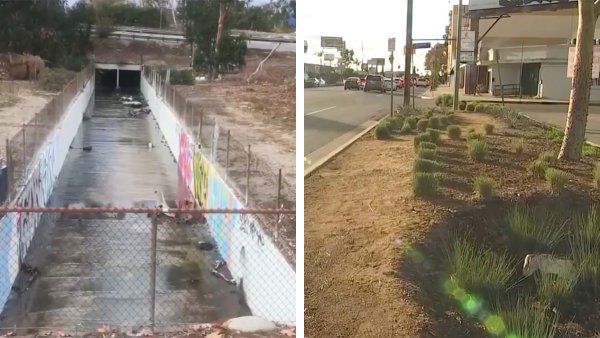 Why Aren't We Collecting Rainwater? Don't Worry — Smart People Are Working On It 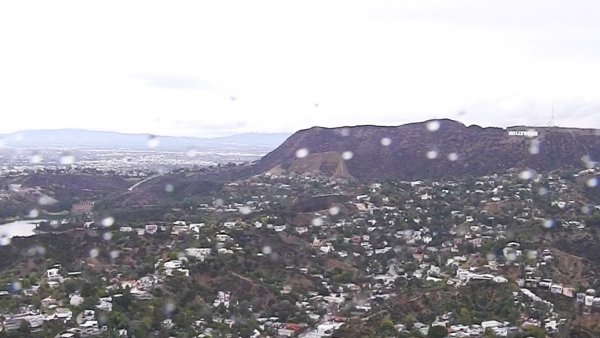 Strong winds will create dangerous boating conditions, with waves between six and nine feet possible in LA and Ventura County waters. Rip currents are also expected on west-facing beaches, with wind gusts at the coast up to 45 mph.

Waves will be steep and choppy, starting Monday and continuing until Wednesday.

Parts of San Bernardino County were put under evacuation warning on Sunday afternoon ahead of Tuesday's storm.

Some residents say they're going to stay and ride it out while businesses are concerned over the possibility of mud flows. Anoushah Rasta reports Dec. 13, 2021.