Film festivals flower all over the planet, with many concentrated in and around Southern California.

But a film festival centered in the Media Capital of the World has a certain cachet and natural cinema-cool cred that few other places can replicate. After all, when many movies are born and created within your borders, a party to celebrate some of the best recent movies, and a few retro favorites, feels especially lovely and local.

That local-lively movie love will be in the air at the Burbank International Film Festival, which is heading into its 8th year in 2016. Downtown Burbank is the spot — the Burbank AMC 16, to be specific — and the five-day cinespectacular rolls from Wednesday, Sept. 7 through Sunday, Sept. 11. 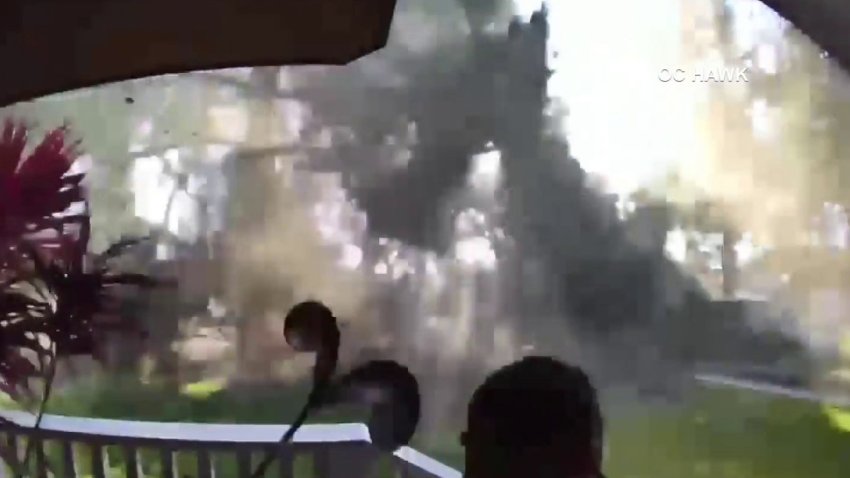 Caught on Camera: Giant Tree Crashes Down in Front of Santa Ana Home

Five days will definitely be needed to make sure all 140 works get their time on screen. A few classic favorites will have anniversary screenings including "Willy Wonka and the Chocolate Factory," which turned 45 in 2016. Fans will gather to remember Gene Wilder, who passed away at the end of August, and enjoy his top-hatted turn as the magical confectioner.

The 30th anniversaries of "Top Gun" and "Aliens" will also be a part of the festival's full-to-brimming run.

As for the debuting and newer flicks? A dozen of those are world premieres and nearly two dozen hail from outside the U.S. (14 countries are represented). And as for shorts? They'll be in the swirl, as well as one very special award.

It's the Garry Marshall Spirit Award, a moving tribute to the entertainment icon who passed away in July. The award will be handed out each year, but 2016 is its inaugural go, making it a meaningful moment for recipient and those who knew Mr. Marshall, both.

For the full grid on what is playing when, make for the festival's HQ, and connect with what the Media Capital of the World is pretty darn famous for doing: Making oh-so-watchable stories, the kind that can be savored over a few meaty minutes or a couple of deep-dive hours.