The woman who was seen in video footage falsely accusing acclaimed jazz musician Keyon Harrold's son of stealing her phone in a New York City hotel was arrested Thursday at a residence in Southern California for a felony warrant out of New York, according to the Ventura County Sheriff. 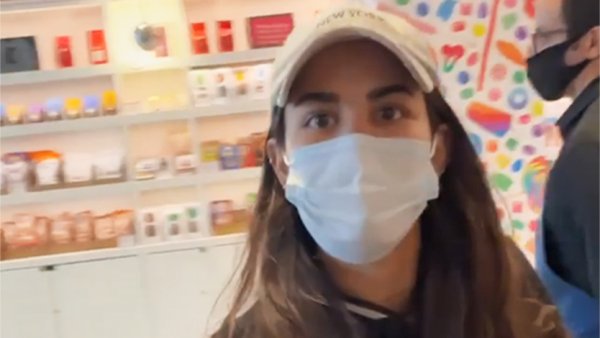 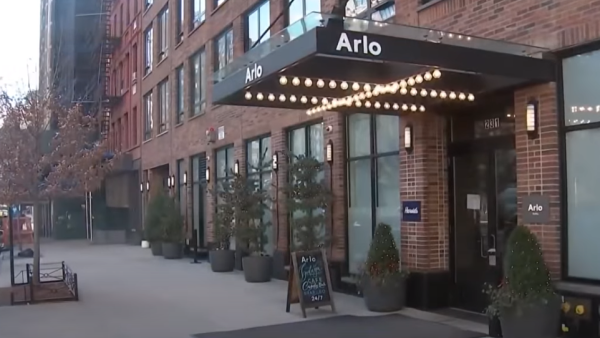 Ponsetto had falsely accused the Black teenager of taking her cellphone and demanded that he give it back in a video that went viral on social media. Tensions then escalated, with the woman insisting that the teenager had the phone, yelling at him and eventually tackling him and trying to look in his pockets before they could be separated, Harrold said.

He said he believed that he and his son, Keyon Harrold Jr., may have been racially profiled, though he said he did not know the race of the woman.

The woman who was seen in video footage falsely accusing acclaimed jazz musician Keyon Herrold's son of stealing her phone in a New York City hotel was arrested Thursday at a residence in Piru for a felony warrant out of New York, according to Ventura County Sheriff. NBC4 reports at 11 p.m. on Jan. 7, 2021.

According to Ghatan, Ponsetto was alone at the time of the incident and all of her information, including her money and contacts were on her device, prompting her to go into a panic.

She also added that Ponsetto was remorseful and that the incident had nothing to do with race, it was solely about the cellphone.

Meanwhile, a spokesperson for the Ventura County Sheriff says Ponsetto was uncooperative, resisted arrest, refused to get out the car and tried to slam the car door on one of the deputies.

Ponsetto was taken into custody at 4:30 p.m. Thursday.

Ghatan is also representing Ponsetto in a Beverly Hills case in which a hearing is scheduled later this month. The 22-year-old was arrested in February 2020 and charged with battery and public intoxication alongside her mother Nicole Ponsetto, according to documents obtained by NBC LA and NBC News.