The madcap carnival on the Las Vegas Strip is getting another over-the-top addition: the world's largest Ferris wheel.

The outer wheel of the 55-story High Roller ride is scheduled to be hoisted into place Monday. The gargantuan project is now visible from all over the city, including the airport. Early next year, it will be outfitted with 1,500 LED lights, and start its slow spin.

Caesars Entertainment Corp., which owns more casinos than any other U.S. gambling company, is building the ride as part of its $550 million Linq development, a new outdoor plaza across the street from Caesars Palace.

‘It's going to shock people': Jamie Lee Curtis Previews What's Next for the ‘Halloween' Franchise 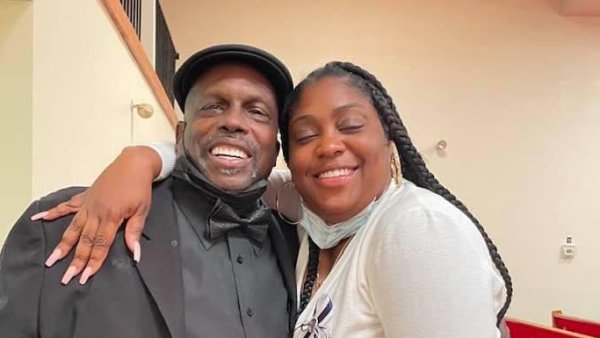 The walking mall, sandwiched between the Flamingo and Harrah's hotel-casino, is expected to open this winter. It's designed to lure Gen Xers and millennials, demographics Caesars believes will contribute a majority of Sin City tourist dollars by 2015.

City after city has jumped to put a new spin on the classic carnival attraction over the past decade.

These giant urban Ferris wheels typically transport riders in large, fixed capsules instead of the smaller, teetering baskets most people remember from childhood.

High Roller riders will have to take a break from gambling and smoking when they enter one of the 28 glass capsules attached to the gargantuan wheel, Codiga said, but they will be able to take in the marquee-lit panoramic views with a drink in hand.

The wheel, which has been under construction since 2011, is taller than the Bellagio hotel-casino but still dwarfed by the Stratosphere observation tower, which rises more than 1,000 feet. It will carry 3.5 million pounds of steel — the equivalent of about 200 Hummers— and will take 30 minutes to make one revolution.

And, because this is Las Vegas where overstimulation is the sales pitch, it will feature audiovisual shows in each 40-person pod designed to complement the views.

Codiga, who previously worked for the theme park company Universal Studios, said he doesn't want visitors to get bored as the ride ascends and descends.

Tickets will be comparable to the London ride, which costs about $30, according to Caesars spokeswoman Christina Karas. She declined to say to how much it cost to build the ride.

The High Roller is not the only big wheel jostling for a place among the volcanoes and dancing fountains of the tourist corridor.

A rival company is building SkyVue, a 500-foot observation wheel across from Mandalay Bay at the southern end of the Strip that will feature video screens broadcasting ads. That project is expected to open in mid-2015, according to developer David Gaffin.

Last spring, a group of developers revealed plans for a third wheel — the London Thrill — near the CityCenter complex in the middle of the Strip.

The High Roller will also likely have to surrender its tallest in the world title before long. Another monster wheel is looming in New York City, where Mayor Michael Bloomberg announced plans last year for a 625-foot ride on Staten Island's waterfront.

Other wheels may grow taller, Codiga said, "but the High Roller will allow you to float over Las Vegas."