The mountain lion was believed to be between 4 and 5 years old.

A male mountain lion being tracked by National Park Service researchers in the Santa Monica Mountains was killed by a property owner under a state law allowing such action following repeated attacks on pets or livestock, park officials announced on Monday.

According to the NPS, the lion known as P-56 had been living in the western Santa Monica Mountains south of the Ventura (101) Freeway. He was believed to be between 4 and 5 years old. P-56 is also believed to have fathered at least four other lions. 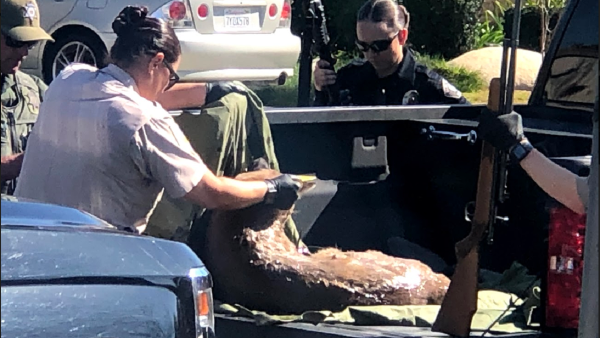 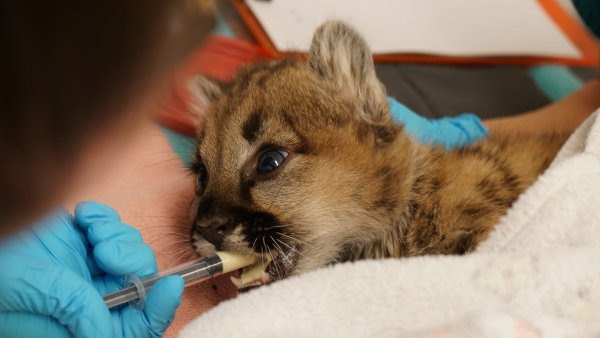 The lion was killed Jan. 27. NPS officials said he is the first radio- collared lion being tracked by researchers to be killed under a state law allowing such action.

Although mountain lion hunting is illegal in California, property owners can obtain "depredation" permits from the state Department of Fish and Wildlife if a lion harms pets or livestock. Park officials said the property owner in P-56's case took multiple steps to fend off attacks on livestock, including the use of trained guard dogs, motion-activated lights, "hot wire fencing" and "auditory hazing" -- to no avail.

"Over two years, this property owner had nine depredation incidents
resulting in the loss of 12 animals," according to the NPS.

Park Service researchers have been tracking lions in the Santa Monica Mountains for nearly two decades, monitoring their movements and breeding habits. The lions' isolated environment -- landlocked by freeways and the sprawling urban population -- has resulted in mass in-breeding, likely dooming the population of lions to eventual extinction.

"The loss of a breeding male is a concern for the study, especially when the population is already very small," NPS biologist Jeff Sikich said in a statement. "There are always animals out there that are not being tracked. Currently, there is only one adult male in the Santa Monica Mountains that we are tracking, and that is P-63."