The man's girlfriend was overcome with grief, and said a doctor told her that he was dead.

A man was killed after an officer-involved shooting in Long Beach following a foot chase Thursday night, police said.

Around 6:20 p.m., police were patrolling the area of Long Beach Boulevard and 68th Street when they observed a vehicle code violation, according to a news release from the Long Beach Police Department.

The vehicle began driving in a suspicious and evasive manner. Before officers could initiate a traffic stop, the vehicle came to a halt in the middle of Long Beach Boulevard, according to the news release.

15 Powerful Moments From Protests Across the Country 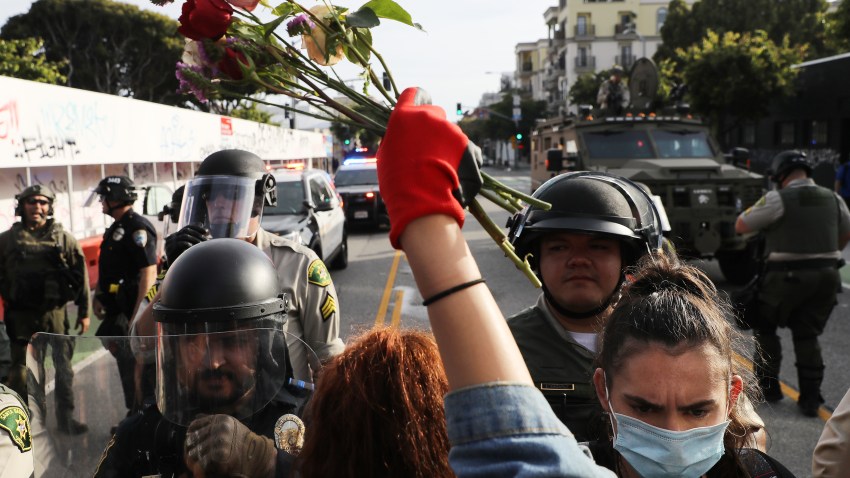 The officers said the passenger of the car jumped out and ran from officers, eventually leading them on a chase into an alley near 68th Street and Orcutt, where the man produced a handgun and an officer-involved shooting occurred, according to the news release.

The man was transported to a hospital where he died.

Police did not immediately identify the man who was killed.

A woman who identified herself as the man’s girlfriend said she went to the hospital where he was taken after the shooting, and that a doctor told her he had died as a result of his injuries.

“They killed him,” said Victoria Ruiz, through tears. “He’s only 22-years-old.”

She identified him as Martin Hurtado. She said the two don’t live in the neighborhood, but were there to visit her mother. She said she had no idea why he ran from the car.

“He was just a good person. He didn’t deserve that.”

The fatal shooting was under investigation.

Anyone with information was asked to call Long Beach Police Department at 562-570-7244.