A college student and wrestler who recently moved back home was hospitalized in critical condition Thursday after he was shot at point-blank range in a Pomona mall parking lot.

Police were sent to a gas station in the 800 block of Rio Rancho Avenue at 12:30 a.m. and found a man with a gunshot wound, according to a statement from the Pomona Police Department. The man, later identified as Daylon Thomas, was shot during an attempted carjacking in the nearby parking lot before driving to the fuel station and rolling to a stop. His family says the shooter had first asked him for change, and when he didn't have any, he was shot.

Surveillance footage shows the victim trying to drive away, then crashing into a pillar near pumps at the gas station. An employee at the station said the victim was in the store just a few minutes before the shooting. He said he heard about four rounds fired in the parking lot.

The bullet missed his heart by an inch, his family said. 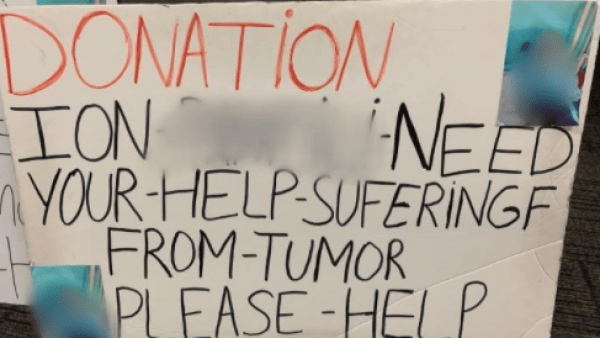 Daylon's mother said he moved back to Southern California about a year ago. He transferred to Mt. San Antonio College in Walnut to join the wrestling team, she said. He was nationally ranked when he attended Dixie State College.

"I just want to find this person who shot my baby," said mother Jennifer Thomas.

The victim had recently come home to help care for his stepfather, who is partially paralyzed.

"It's a lot.. just going through the last four months with my husband and then now my son," Thomas said.