A flood advisory was issued for Los Angeles County and was expected to remain until 6:15 a.m., NBC4 Meteorologist David Biggar said.

Rain fell early Thursday as a result of the first of two storm systems forecast to strike Southern California, prompting flood advisories across the region.

Numerous freeway crashes impacted Thursday morning's commute. Three lanes of the southbound 101 Freeway at Lankershim Boulevard were shut down at least until 7 a.m. due to a jackknifed big rig, according to the California Highway Patrol. 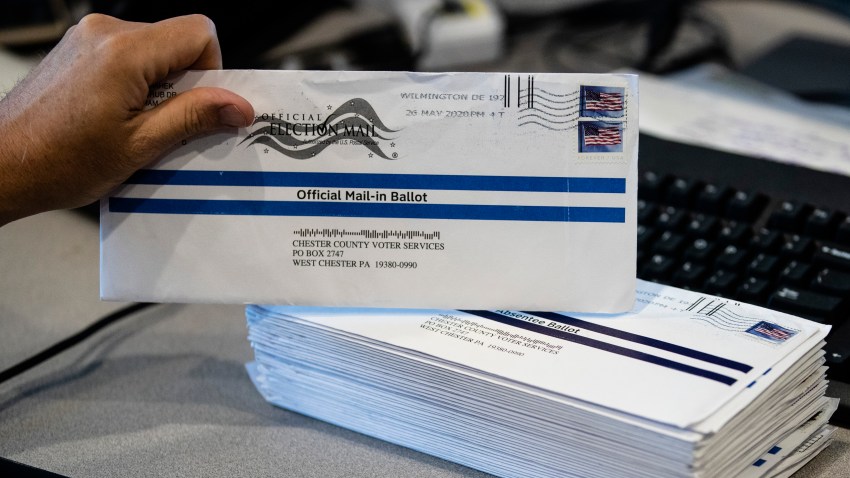 Ready Or Not: Election Costs Soar in Prep for Virus Voting

Kelly Preston, Actress and Wife of John Travolta, Dies at 57

An overturned big rig on the eastbound 210 Freeway stopped Metro Gold Line service in Pasadena. The crash also prompted closure of the carpool lane and the Gold Line tracks on the freeway between the Sierra Madre and Allen stations, Metro spokesman Rick Jager said. The light rail service was expected to be out for the morning commute.

Rainfall totals ranging from a tenth of an inch to a half-inch are expected across Los Angeles and Ventura counties, with up to an inch in the eastern San Gabriel Mountains and foothills, as a result of the first storm, which arrived Wednesday packing an infusion of moisture from south of Los Angeles and which is forecast to clear out by the afternoon.

A flood advisory was issued for Los Angeles County and was expected to remain until 6:15 a.m., Biggar said. The heaviest rain hit the burn areas in eastern Los Angeles.

Wednesday night showers brought some damage across the area. Two large trees toppled over and landed on cars and a Diamond Bar condo at around 10 p.m. in the 22700 block of East Lakeway. There were no evacuations the the trees were being removed, according Los Angeles County sheriff's deputies at the Walnut station.

Nearly 200 crashes were reported in Los Angeles County freeways as a result of the rain, according to the California Highway Patrol. There were 191 traffic crashes from 5 p.m. Wednesday to midnight. That's more than three times as many accidents as on a dry day, said CHP Officer Dion Conley, who said 55 crashes were reported in the same time frame on Dec. 8.