A mother mourned the loss of her two children Wednesday after learning that her estranged husband may have intentionally crashed his car into the back of a big rig, killing them and himself.

As she gathered up belongings at the family house, Sherrie Edwards said it is too soon to talk.

Alan Edwards, Erick, 9, and Alona, 5, were killed when the Honda Civic they were in smashed headlong into the back of a big rig parked in a brake check area off the Golden State (5) Freeway in Castaic on Monday. 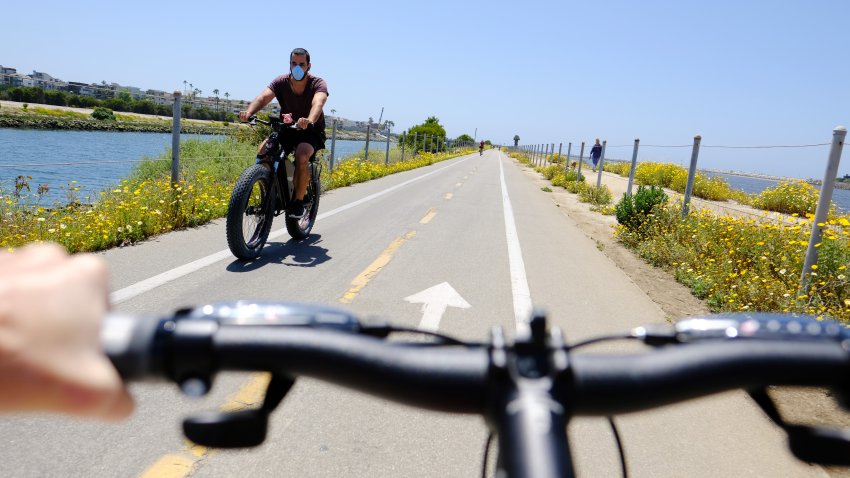 Investigators concluded the crash was not an accident, nor a case of falling asleep at the wheel, but a deliberate act.

"They ruled out the fact that he may have fallen asleep because he actually had to maneuver around a car to put himself directly in the path of the tractor-trailer," said Lt. Eddie Hernandez, a homicide investigator at the Los Angeles County Sheriff's Department.

Alan Edwards had been estranged from his wife Sherrie Edwards, court records showed.

She had sought a domestic violence restraining order against him as far back as 2007, before their youngest child was born.

Edwards was disputing her primary custody of the children.

When he went to the Lancaster house they owned on Friday, he learned that his wife had sold it.

"When he found out, 'Hey, my house has been sold,' that could have been a trigger to just put him over the top," Hernandez said.

Alan Edwards had custody of the children over the weekend, but Sunday he failed to return them.

Their mother put out word on Facebook and filed a report with the Sheriff's Department.

The children were not wearing seat belts and the car's air bags did not deploy.

A family friend, meanwhile, has set up  a memorial fund on the website GoFundMe.com.